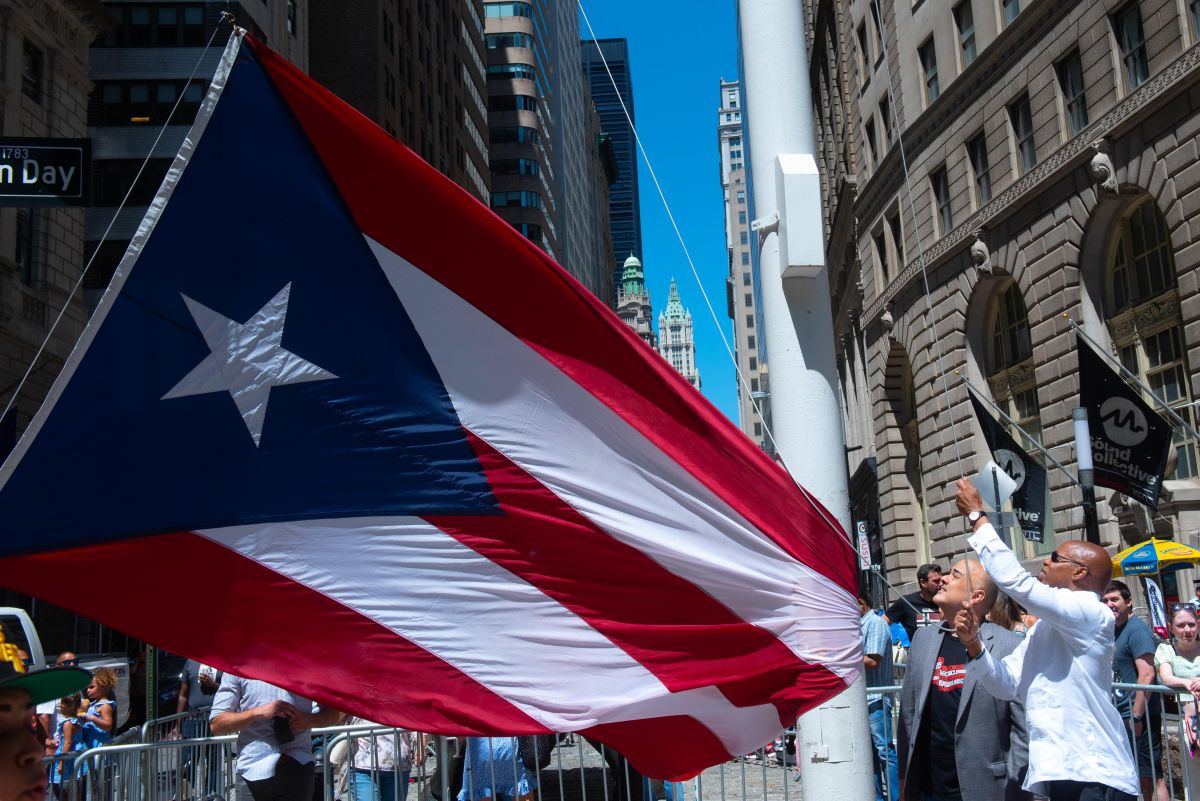 This Sunday, June 12, not only Puerto Ricans but Hispanics in general have a reason to celebrate: one of the most representative parades in the Big Apple returns with all its might to Fifth Avenue.

“For 65 years, this Parade has served as a platform to unite our community and show the best of the culture, achievements and contributions of the Puerto Rican community in New York and the world. The themes, tributes and causes highlighted during each of the annual celebrations recognize the resilience of the community and at the same time inspire the more than eight (8) million “Puerto Ricans” residing in the United States to address issues of importance in collectively for all of our communities,” Louis Maldonado, president of the Board of Directors of the Puerto Rican National Parade, said in a statement.

Figures such as the Secretary of Education, Miguel Cardona, will lead the 65th edition of the largest Hispanic cultural event in the nation. Cardona, who was born in Connecticut to Puerto Rican parents, will be recognized for his commitment to guaranteeing equitable, meaningful educational opportunities for all students, for demanding cultural sensitivity and excellence in all schools in the country.

“Under the leadership of this ‘Puerto Rican’, almost $4,000 million were approved as part of the American Rescue plan fund so that the Island of Puerto Rico can rebuild the school system which was affected by hurricanes Irma and María, along with the cruel COVID 19 pandemic. We know that Secretary Cardona has been very vigilant and has even made federal requirements and programs more flexible so that they adjust to the reality of Puerto Ricans,” added Maldonado.

He added that along with Secretary Cardona, the well-known artist Nicky Jam, who has been designated as the King of the Parade, will also lead the Puerto Rican National Parade.

“Nick Rivera Caminero, his given name, better known worldwide by his stage name Nicky Jam, is an award-winning urban music singer and songwriter. From the age of 10 he showed an interest in urban music, rapping and improvising with his friends. Since then, he has won numerous awards in the recording and entertainment industry, including several Latin Grammys, Billboard Awards and Lo Nuestro Awards, among others. In addition to the tremendous success that Nicky Jam enjoys, he has a vast history of supporting philanthropic and human activities from raising funds to help vulnerable and at-risk children to offering aid and relief to victims of natural disasters”, informed the president of the Parade. .

GRAMMY Award-nominated businessman and philanthropist Fat Joe will be honored as Godfather of the Parade. Bronx native fuses hip-hop with Latin music. He has recorded multiple record productions and mixtapes. He has distinguished himself by working on fundraising activities to help the victims of the tragic fire at the Twin Parks apartment building.
Northwest in the Bronx.

The Godmother of the Parade will be Angie Martínez, the renowned radio figure and member of the Radio Hall of Fame who is recognized as “The Voice of New York” and also considered the queen of radio. She has almost 20 years of experience in voiceover, she is the host of the Power 105.1 station, she has also served as an actress, television presenter, recording artist, spokesperson for activist brands for causes that benefit health and youth.

“This year, the Parade will be dedicated to the municipality of Cidra, known as the Town of Eternal Spring. Cidra is located in the central mountainous region of the island and is home to approximately 40,000 Cidreños,” the press release added.

Parade officials also announced that in the United States the state of Pennsylvania will be honored, where the city of Philadelphia stands out, where more than 250,000 Puerto Ricans live in communities throughout Berks and Lancaster counties; as well as Camden, Atlantic and Cumberland counties in New Jersey and Wilmington, Delaware.

The organizers reported that this year, the Parade seeks to underline the need for climate action and raise awareness of the United Nations Sustainable Development Agenda.

“It will seek to draw attention to climate change in Puerto Rico and the diaspora communities in the United States where Puerto Ricans reside. They recalled that the deepest example of the impact is the general devastation that Hurricane Maria inflicted on the island in 2017, whose consequences still mark serious problems for the population of Puerto Rico,” Louis Maldonado, president of the Puerto Rican National Parade, concluded.

New York authorities, such as Mayor Eric Adams and Governor Kathy Hochul, will also join the celebration this Sunday.

The National Puerto Rican Parade will take place on 5th Avenue from 43rd Street to 79th Street beginning at 11 am The celebration will be broadcast live on WABC-TV, Channel 7, beginning at noon. It will also air on ABC affiliate station in Puerto Rico, Telecinco (Channel 5) and on the station’s website abc7NY.com