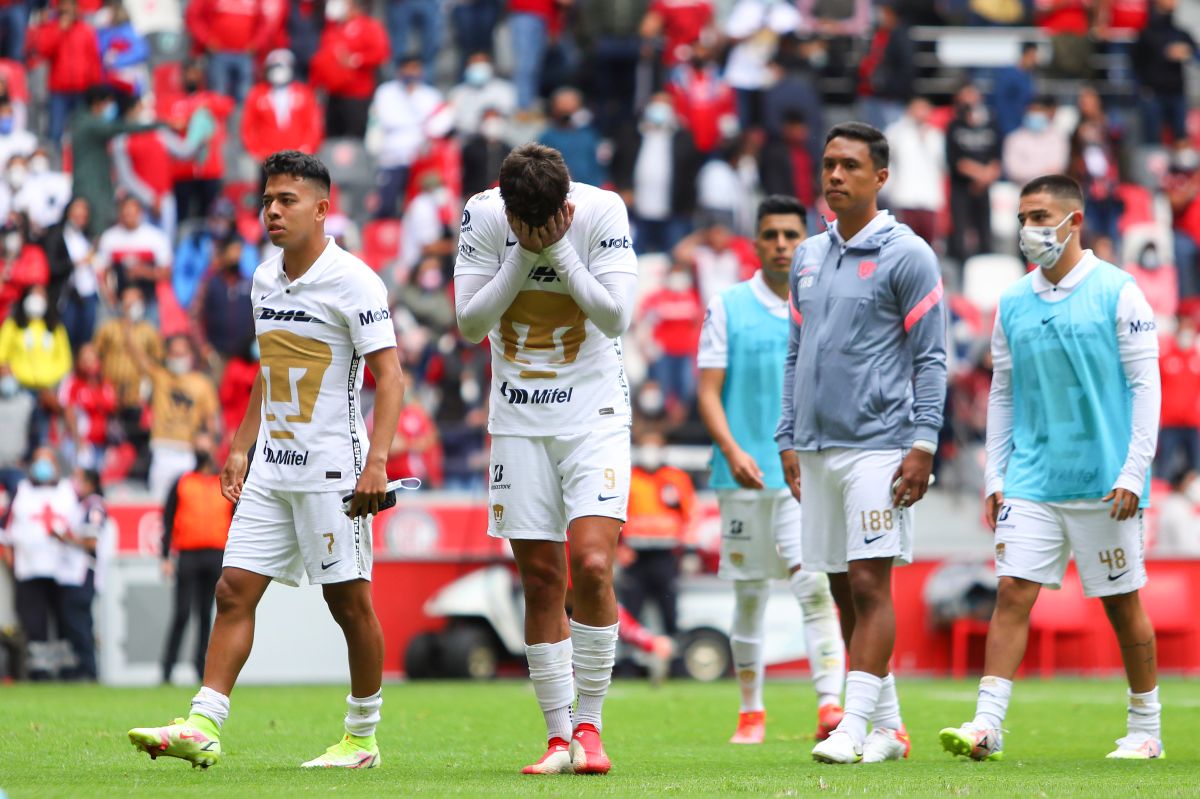 Pumas de la UNAM is having one of the worst starts in its history in Liga MX. The historic Mexican team sinks more and more in the general table of this Scream Mexico A21. The University set marches fifteenth and his coach, Andrés Lillini, sent his players to the stake.

“There are players who really are not up to the task and we have to make decisions, because here we are all the same. Starting with that, with those players who are not for what the club plans to move forward“, Said the strategist after the last defeat of Pumas, 2-1 against Toluca.

The auriazul set made highly questioned signings prior to the start of the tournament. These acquisitions would once again give him the face of that club that reached the final of Guardians 2020, but this did not happen and the Argentine coach cannot turn around a team that is marching in a steep fall.

Pumas has only one win in this tournament, in addition to two draws that place him with five units, amount that allows them to stay three points from the last place in the general table. One of the main weaknesses of the team has been the lack of goal. Lillini’s team has only scored four goals in seven games.

On the other hand, it is worth mentioning that this project is being carried out without a sports director. Before Pumas visited Toluca, the auriazul institution confirmed that Jesús Ramírez left his position. Without a doubt, a precedent that does not leave good news for the future of the club.

Jesús Ramírez resigned from his position as Sports Director of @PumasMX pic.twitter.com/s5VjtZSZYq

Historic duel in the lower part of Liga MX

Pumas’ next match will be against Chivas de Guadalajara. This will be a meeting that can define the future of both coaches. Despite the fact that Víctor Manuel Vucetich gained a bit of oxygen after getting the three points in his last game, does not stop being on the tightrope of the Sacred Flock.

An idol returns to Mexico: the “Chupete” Suazo was officially announced by Monterrey

The United States snatched a player from Mexico: Ricardo Pepi was called up by the US national team