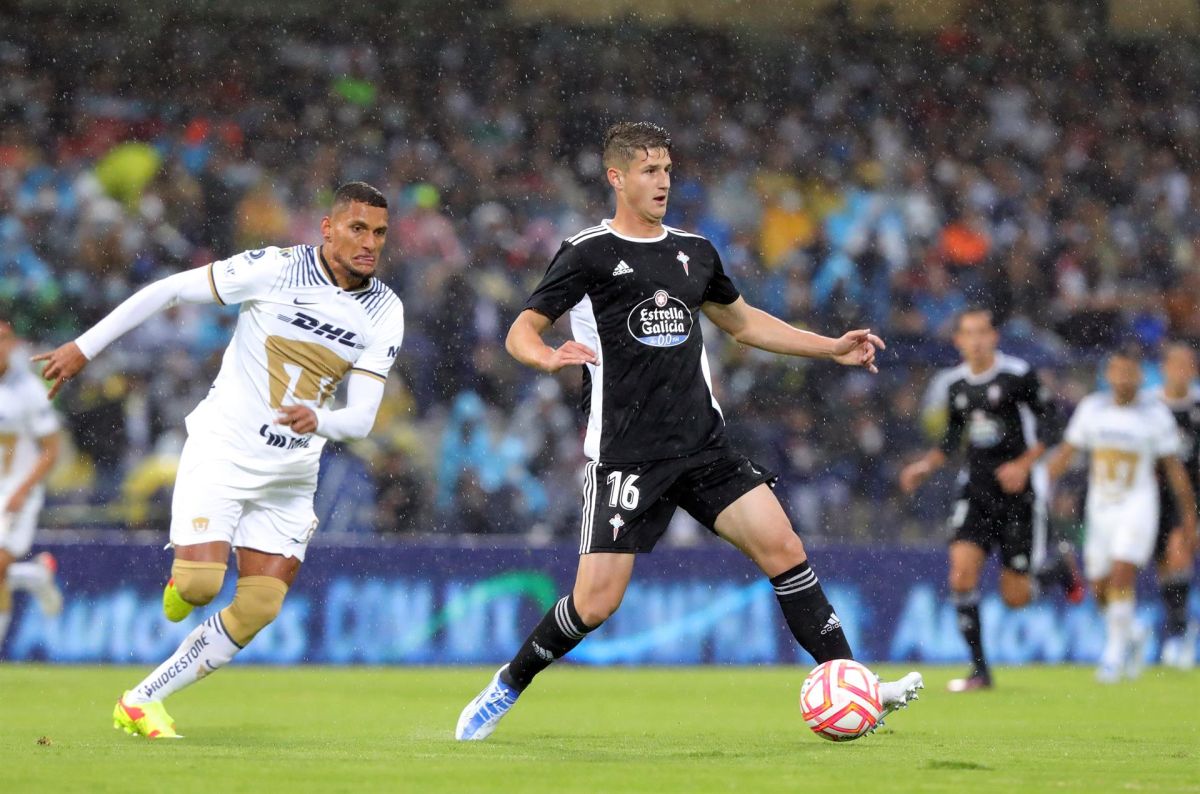 Iago Aspas converted a goal at the end of the first half and rescued a 1-1 draw for Celta de Vigo with Pumas on Wednesday in a friendly match played on the field of the Mexican team.

Aspas scored for the Spaniards after the Brazilian Diogo de Oliveira had done it for the home teamin a duel with an attractive first half and a closing in which the visitors paid for the rigor of playing at 2,240 meters above sea level.

The first half, under the rain, there were offensive actions by both sides, reflected in the marked 1-1.

In the third minute De Oliveira accepted a service from Argentine Eduardo Salvio and headed in, but goalkeeper Rubén Blanco saved Celta de Vigowhich was close to opening the scoring in the 17th minute, but Aspas shot wide.

The university students sought to go ahead and they succeeded in minute 17. In a free throw, Leonel López served a ball to De Oliveira, lethal with the header for 1-0.

Pumas looked for the rival goal and in minute 40 he was close to extending the advantage, but the defense cleared a loose ball in the area.

Nearing the end of the first part, Aspas accepted a pass from Augusto Solari, won the mark against the Brazilian Higor Meritao and headed the ball into the net for 1-1.

Celta started the second half with control of the ball, but there were few dangerous plays until in the 72nd minute the Pumas stepped on the area with Dinennowho in minute 80 let go of the advantage by failing in a header and in minute 81 he missed the shot with his left foot.

Pumas maintained dominance in the closing, but continued with little force. In the 84th minute it was the Argentine Eduardo Salvio, who failed in the final shot after Jerónimo Rodríguez assisted.

The meeting, Celta’s first in Mexico, was part of the preseason of the team led by Argentine coach Eduardo Coudet, which will continue on July 20 in the United States against the San Jose Earthquakes of MLS.

In the 2022-2023 Laliga season, Celta will debut on August 13 with Espanyol, in a campaign in which the team will seek to improve its eleventh place from last season and will try to enter European competitions on the team’s centenary.