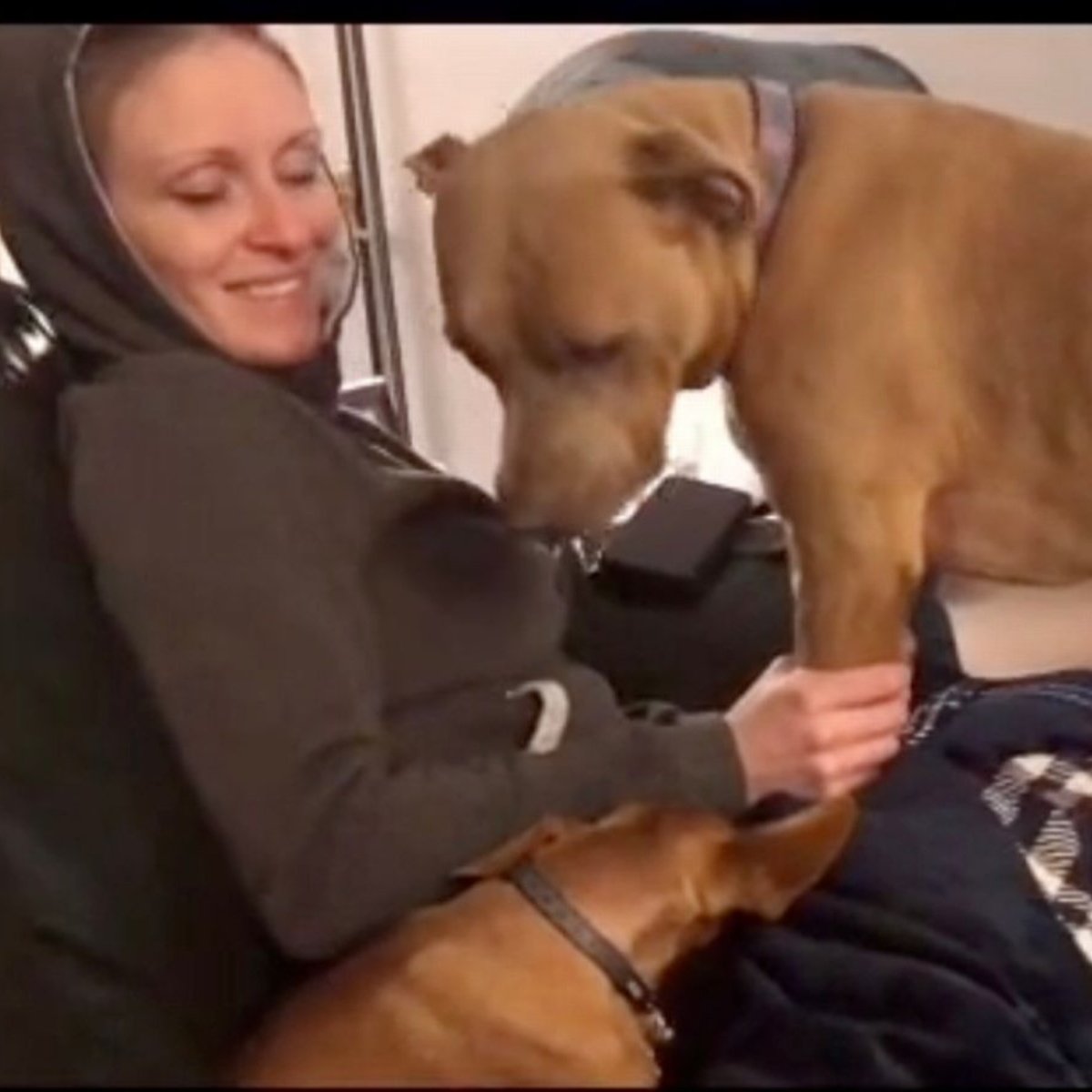 A dog became the feeling TikTok thanks to a viral video in which he discovers that his human’s wife is pregnant, despite the fact that she was barely a month pregnant.

This pitbull puppy named Nova has won the hearts of thousands of Internet users due to the reaction he had upon hearing the news that his owners had prepared for him, who were responsible for publishing the scene in which he realized that she was pregnant.

The great intelligence of this pet, as well as the deep love it seems to have for its humans, reminds us of the viral video of a dog that gets excited after seeing itself in the news.

Puppy reacts to her owner’s pregnancy

In the video that interests us today we see the scene in which Ryan and his wife appear sitting on a sofa, at which point Nova stands in front of her owner and begins to touch her pregnant belly with her front paws.

The animal remains in this position for a while, while looking at the woman with an almost human tenderness. The pit bull’s reaction indicates that he seems to know exactly what’s going on.

“My wife was 4 weeks pregnant, how did Nova know?” reads the caption of the video, uploaded to TikTok by user @maxpotentialdogtraining.

Until the moment this note is written, the video of the puppy with its pregnant owner has exceeded 400 thousand views, and accumulates several hundred comments from users who claim to have had similar experiences.

“They always know, I think they can smell it?” “My dog ​​was lying on my belly. He was scared when I brought him home”, are some of the comments that are read in the publication.