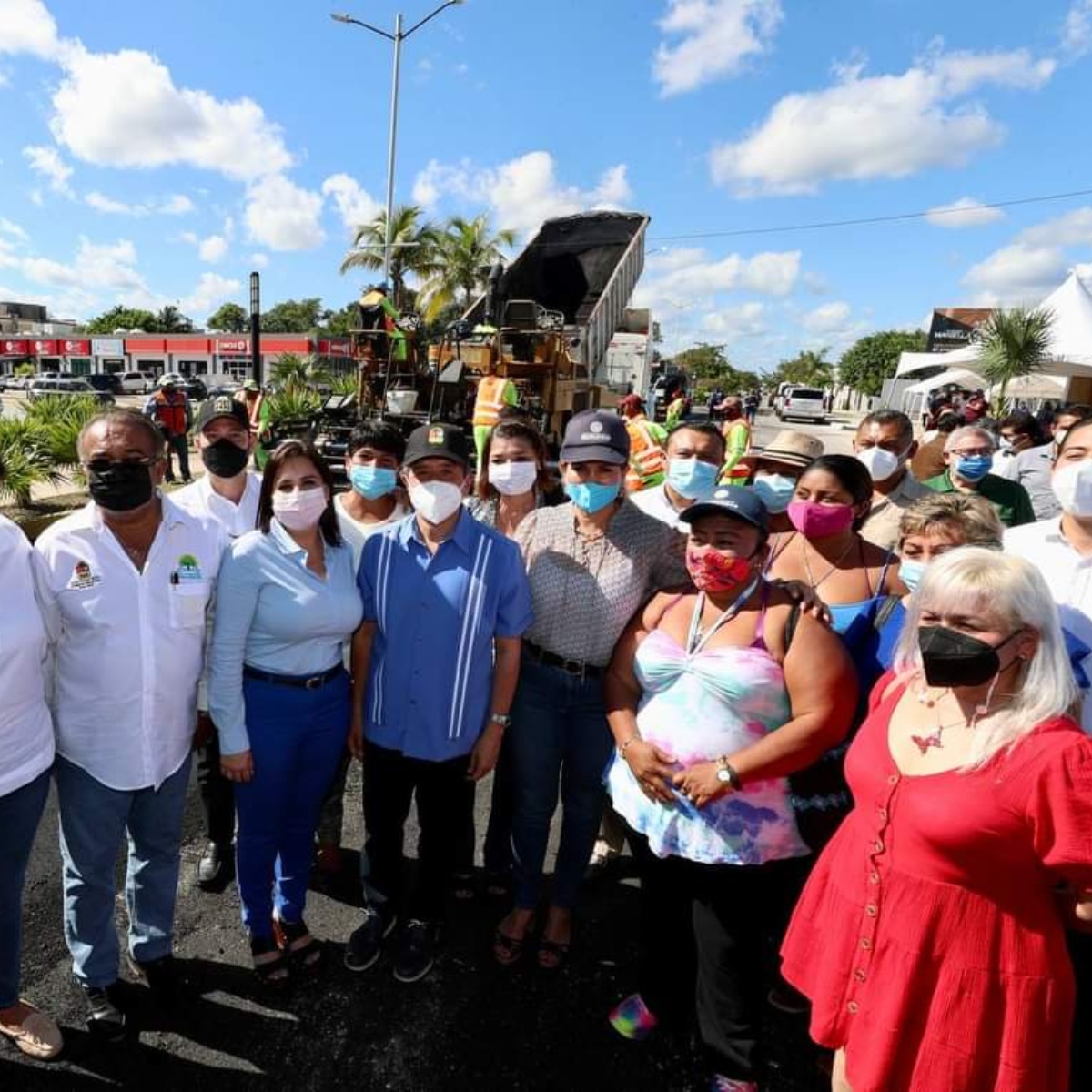 The governor of Quintana Roo, Carlos Joaquín González, and the municipal president of Solidaridad, Lili Campos, inaugurated the start of the rehabilitation work on the streets and avenues of Solidaridad.

The state president pointed out that the government administration continues to promote the orderly growth of the municipalities with sustainability criteria, he said this when starting work for the rehabilitation of 115th avenue and 28th of July in Carmen beach.

The restoration began with avenues 115 and 28

With the modernization of these two main arteries of the Riviera Maya, there will be an improvement in vehicular traffic, in addition to shortening travel times, and mainly the renewal of the image of the city, with better public services and urban equipment.

Joaquin Gonzalez, stressed that much remains to be done to avoid social, security and other problems that are experienced daily, despite the efforts that have been made in the administration.

He asked the municipal authorities to work in a coordinated way to improve the quality of life of the population in general, in addition to the social infrastructure of the towns.

For his part, the head of the Ministry of Public Works, William Conrado Alarcón He explained that in the rehabilitation of Avenida 115 between Av. 28 de Julio, 9 million 846 thousand pesos are invested and the works corresponding to the placement of 12 thousand 897.29 square meters of asphalt layer of 5 centimeters thick, horizontal signaling and the stabilization of damaged areas, as well as the construction of 7 absorption wells with sandboxes.

The municipal president Lili Campos highlighted the support and backing of the state government to meet and solve the needs of the people, with those of these avenues that were abandoned for several years and today require attention, for the benefit of the population and its visitors.