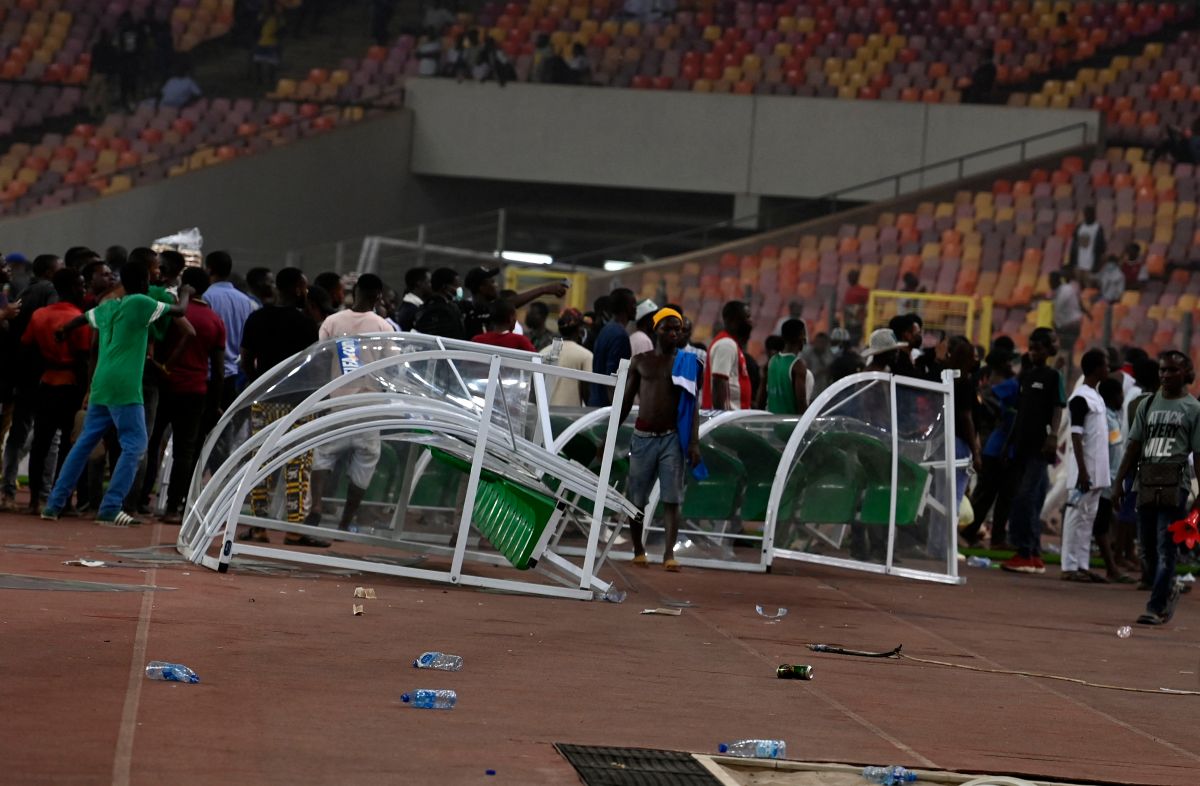 After Ghana eliminated Nigeria as a visitor in the Qualifiers for the Qatar World Cup 2022, home fans invaded the pitch and caused a disturbance in the stands. In the midst of this stampede it was revealed the death of a FIFA doctor.

Joseph Kabungo, born in ZambiaHe died of a heart problem. This had been assigned to supervise the doping controls of the soccer players, once the match was over by CAF qualifiers between Nigeria and Ghana at the MKO Abiola Stadium in Abuja.

Numerous versions were released on social networks. Even up to it was even speculated that Kabungo was beaten and trampled during the stampede. However, FIFA clarified that the doctor felt bad when this commitment ended and he died there.

“It is with great sadness that FIFA learned of the death of Dr. Joseph Kabungo due to a sudden heart problem”announced the governing body in a statement. Along the same lines, the Nigerian Football Federation (NFF) was shown, according to the letter it published Goal.com.

“We are terribly shocked by this sad development. The NFF mourns the world football body FIFA, the Confederation of African Football, the Zambia Football Association and the family of Dr Kabungo for the sudden passing of him,” he said. Mohamed Sanusi, Secretary General of the NFF.

Sanusi clarified that the doctor was found panting, out of breath, near the changing room of the Ghana team. “His death of him hurts us very much, and we are in a state of deep shock. However, it is important to state the facts as they are… Kabungo died just as they arrived at the hospital.“, he added.

Ghana registered its name in Qatar 2022 thanks to the away goal rule: in the first leg it was 0-0; while in the second leg he got a 1-1. During the stampede, the police sprayed pepper spray to ward off the violent. In this way, it is clarified that these incidents had nothing to do with the death of the FIFA doctor.

You can also read:
– Get up early! Qatar and Ecuador open the curtain on the World Cup: their group is not easy
– The most expensive XI of Qatar 2022 exceeds a billion dollars: Lionel Messi and Cristiano Ronaldo do not appear
– “Hayya Hayya”: FIFA announces the official song for the 2022 Qatar World Cup [Video]