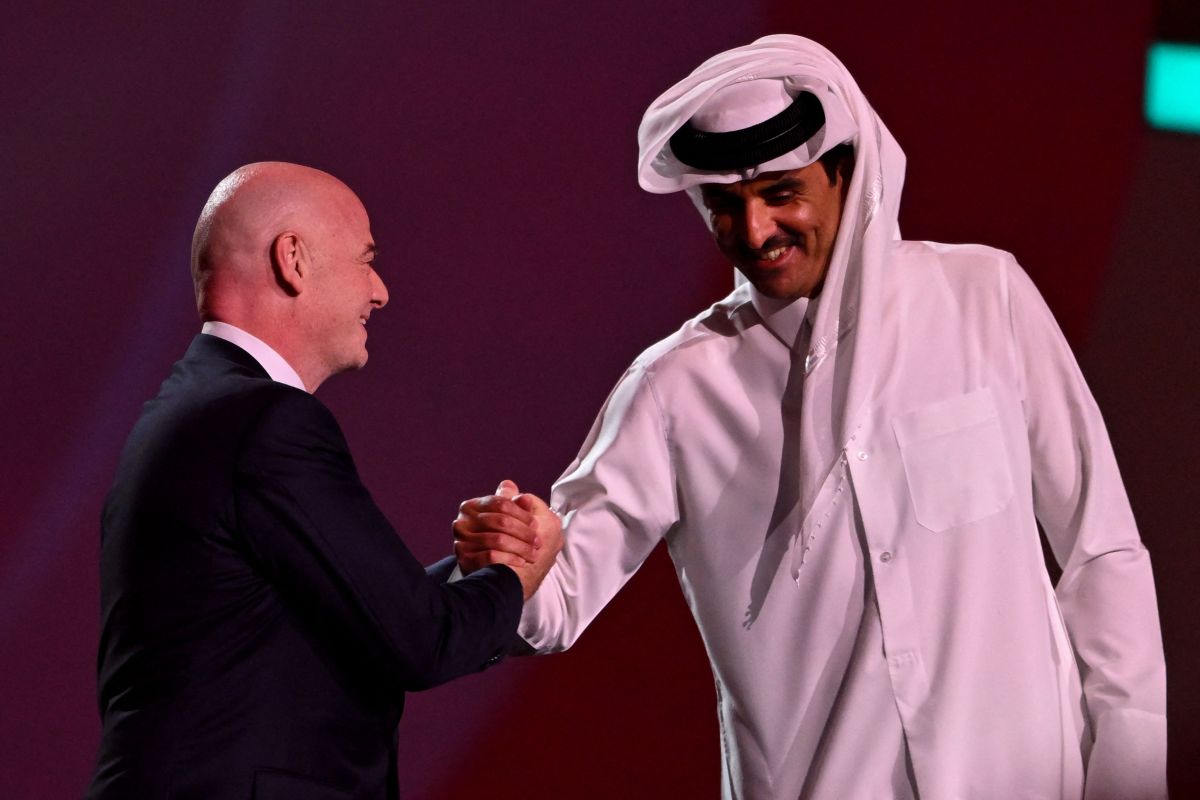 The last quota for the World Cup in Qatar was for Costa Rica, which on Tuesday beat New Zealand in Doha 1-0.

The tournament, which begins in November, will be the first World Cup in the Middle East and the first at this time of year.

The decision to hold the world’s biggest football festival in Qatar has sparked controversy.

The World Cup finals will take place between November 21 and December 18a time when the temperature in Qatar often reaches 25°C.

Had the finals been held in June and July, as is often the case, the matches would have been played in temperatures above 40°C and possibly close to 50°C.

Qatar initially proposed holding the tournament over the summer in closed, air-conditioned stadiums, but the plan was rejected.

What are the problems of holding a World Cup in winter?

November and December are busy months for European football clubs and many players will be called up to play for their national teams at Qatar 2022.

Some European leagues including England’s Premier League, Italy’s Serie A and Spain’s La Liga will suspend their seasons a week before the World Cup and restart after the tournament ends.

Why was Qatar chosen to host the World Cup?

In 2010 Qatar secured the rights to the World Cup, winning a vote of the 22 FIFA executive members.

The country defeated bids from the United States, South Korea, Japan and Australia to become the first Arab nation to host the tournament.

qatar was accused of paying FIFA officials $3.7 million in bribes to secure his endorsement, but he was acquitted after a two-year investigation.

Then-FIFA president Sepp Blatter supported Qatar’s bid at the time, but has since said soccer’s governing body may have made the wrong decision.

Blatter is currently facing trial in Switzerland on allegations of fraud, embezzlement and other corruption charges.

Qatar has also faced accusations from Amnesty International and Human Rights Watch of mistreatment of foreign workers they have been building the facilities for the World Cup.

An investigation by the British daily The Guardian claimed last year that more than 6,500 migrant workers from India, Pakistan, Nepal, Bangladesh and Sri Lanka have died in Qatar since it won the right to host the World Cup.

death certificates they do not record the specific occupation of the worker, but it is believed that many of the deceased could have worked in the construction of facilities for the World Cup, according to Guardian.

Which teams play in the World Cup and who are the favourites?

Qualifying for the 2022 World Cup began three years ago.

France, the 2018 World Cup winners, will defend their title in Qatar, but reigning European champions Italy failed to qualify.

For the final in Qatar, the 32 teams were divided into eight groups of four. Teams from the same continent were kept separate, with the exception of European countries, where a maximum of two can be in any group.

Brazil, England, France and Spain are the current favorites to win the tournament according to the bookmakers.

What can fans expect in Qatar?

Qatar has a population of 2.9 million inhabitants, of which only approximately 20% are citizens of the country. The rest are immigrants. The Arab country is one of the richest countries in the world, due to its oil and gas exports.

Has built seven stadiums specifically for the tournament and a whole new city for the finale.

More than 100 new hotels, a new subway and new roads are also being built.

The organizing committee of the tournament estimates that about 1.5 million people will attend the World Cup.

Qatar is a conservative Muslim country and visitors have been warned to be careful about their behaviour.

There are severe restrictions on the consumption of alcohol, which can normally only be purchased in luxury hotel bars.

However, the organizers stated that alcohol will be sold during the tournament. in designated fan zones.

What is Qatar’s record on gay rights?

Homosexual acts are illegal in Qatar.

Groups representing gay soccer fans have been calling on the Qatari government to “guarantee their safety”, while some Welsh fans have said they will boycott the tournament.

The World Cup organizers responded that “everyone is welcome”, but that Qatar will not relax its laws on homosexuality.