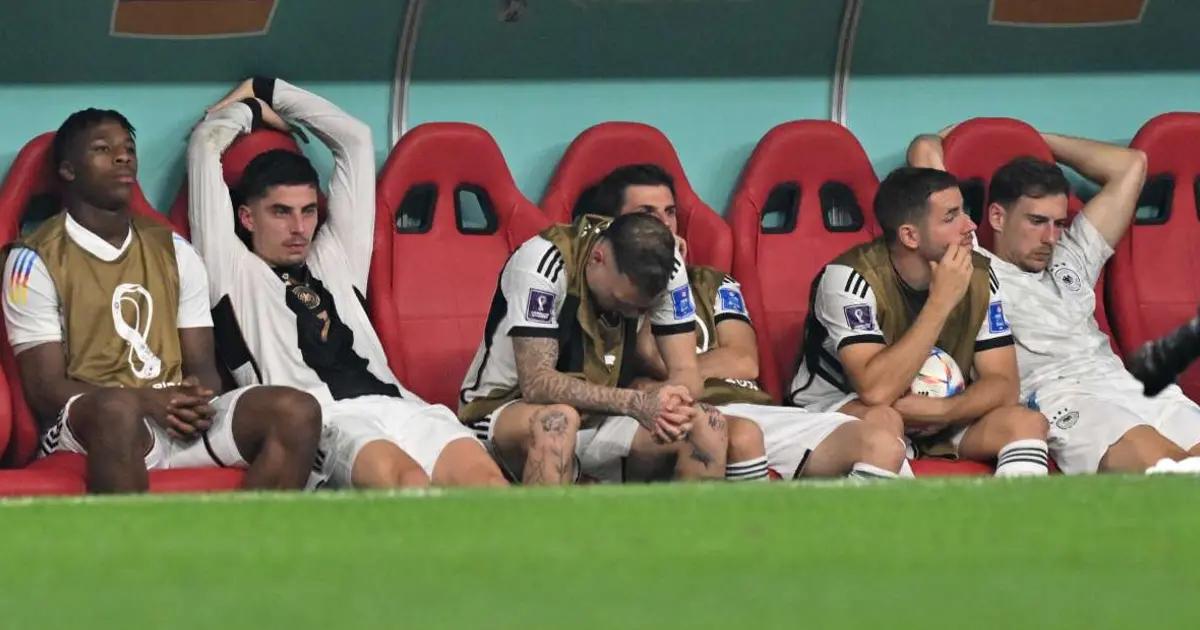 Germany was eliminated in the group stage and has been one of the disappointments of the World Cup after failing to advance from the first phase for the second consecutive World Cup.

In their first match against Japan, the players made a mouth-covering gesture after Qatar’s censorship. Now, on a popular Qatari TV show, they took advantage of this gesture to mock the Germans after their quick elimination.

In their debut against Japan, the Teutons started winning but then lost 1-2. The Qataris did not hesitate to mock the Germans by pointing out that such gestures did not help them win. Now after its elimination, the sports program did it again.

Like the gesture of Germany covering their mouths, the panelists covered their mouths by making the farewell sign and laughing against the German team, one of the few teams denouncing censorship and the lack of human rights in Qatar.

Joshua Kimmich was one of the most distraught players after being eliminated after being part of the two teams that were knocked out in the group stages of back-to-back World Cups.

“For me, this is the worst day of my career. I’m afraid of falling into a hole! It makes you think that these failures are connected to me!” he acknowledged.

Germany will have to reform its team and the federation to return to being competitive internationally after several failures after winning the World Cup in Brazil in 2014.