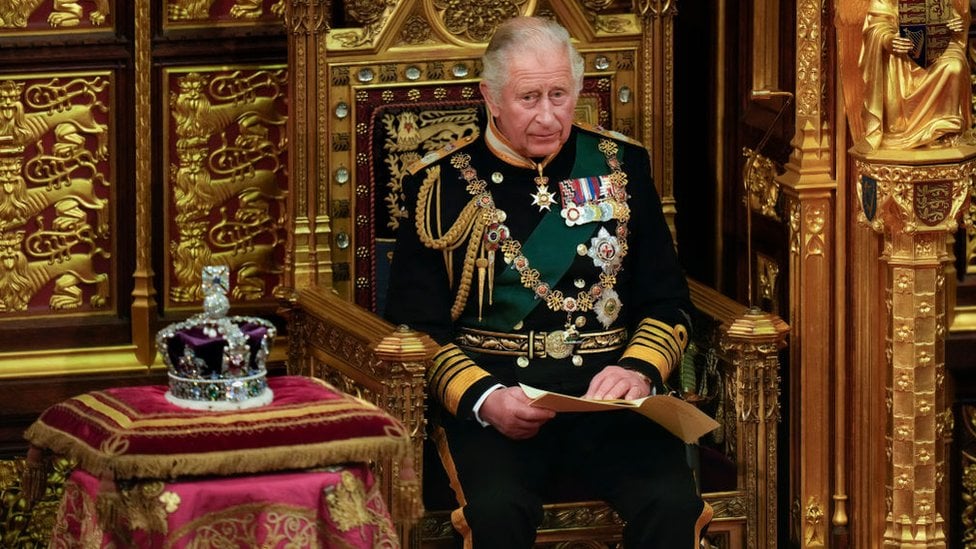 The British royal family owns properties across the country. that employ hundreds of workers, from engineers to chefs, through multiple agents who are responsible for the safety of their members.

The Firm, as it began to be called during the reign of George VI, the father of Elizabeth II, also regularly organizes lavish receptions for ambassadors and leaders of other countries and some of its members make visits and official commitments throughout the country and you tour the world.

And with the end of the pandemic lockdowns, royal family travel has increased. During the 2021-22 fiscal year, travel costs rose to $5 million, according to figures released by the same family.

only the caribbean tour Earlier this year for Prince William and his wife Catherine, then the Duke and Duchess of Cambridge, it cost about $260,000.

The trip of the now Carlos III to Barbados months later to mark the country’s transition to a republic cost almost $160,000.

The maintenance of all the royal palaces also costs millions of dollars a year.

On the other hand, the British monarchy also generates income for the country, mainly thanks to tourism, although the exact amount is very difficult to estimate.

But, where does the money come from to finance the royal family?

The British government annually gives its monarch a taxpayer-funded payment, known as the Sovereign Grant, which serves to cover the cost of the official duties of the monarchy.

However, refurbishment work at Buckingham Palace brought total spending for the last fiscal year to about $118 million, an increase of 17% from the previous year.

Most of the Sovereign Grant goes to cover the cost of maintaining the royal palaces and paying staff.

It is also used to pay for official engagements of the royal family, such as receptions and official visits.

The deficit was covered with money left over of Sovereign Grants from previous years.

BBC journalist Tom Edgington, a senior reporter for the BBC’s Fact Checking Unit, explains that after the queen’s death the system is still intact.

“Obviously, King Charles III and other members of the royal family will now receive the Sovereign Grant, instead of the queen,” he tells BBC Mundo.

Where does the money come from?

The Sovereign Grant comes from the crown estate earningsa set of land and real estate properties in the United Kingdom that are owned by the British monarch as a single corporation and that have an estimated value of almost $20,000 million.

This legal status allows properties to pass from one owner to another without interruption.

Revenue from the Crown Estate goes to the UK Treasury, which is responsible for executing the government’s fiscal and economic policies.

Then the Treasury gives the monarch normally 15% of the Crown Estate’s profits from the previous 2 years, while the government keeps the rest.

But in 2017 it was established that the monarchy would receive 25% for 10 years to help pay for the remodeling worth $425 million Buckingham Palace, the main residence of the British monarchs in London.

Within the portfolio of the Crown Estate are properties such as most of Regent Streetone of London’s most important shopping streets, as well as half of the upmarket St. James district in central London, comprising retail, residential and office space.

It also includes Ascot Racecourse on the outskirts of London, where the British upper class and aristocracy gather every year, as well as thousands of acres of farmland across the country.

Similarly, around half of the coastlines of England, Wales and Northern Ireland are managed by the corporation.

This means that the monarch in turn cannot sell any property on the Crown Estate or pocket the proceeds.

But the Sovereign Grant is not the only source of income for the royal family, who also receive money from two royal dukedoms.

King Charles III inherited from the queen the most important: the Duchy of Lancaster, a private property that generates millions in income and that is transmitted from monarch to monarch.

The second dukedom, that of Cornwall, belongs to the Prince of Wales, the title of the heir to the British monarchs that Charles passed on to his son William.

The rural estates of the Duchy of Lancaster consist of more than 18,000 hectares of land in England and Walesmostly in the north of these regions.

But it also encompasses a large number of residential, commercial and financial properties in central London.

As of March 2022, the Duchy of Lancaster was valued at 652.8 million pounds sterling ($751 million), giving Queen Elizabeth II a net surplus of about $28 million, according to figures given by the same entity.

For its part, the Duchy of Cornwall, which was established by Edward III in 1337 to give independence to his son and heir to the throne, owns land located mainly in the southwest of England.

It is estimated that covers 0.2% of all land From United Kingdom.

This private property that William now manages generated profits of more than $27 million last year, almost the same amount as those generated by the monarch’s Duchy.

Neither of the 2 dukedoms are subject to taxation and the way in which the profits generated by these estates are spent is not made publicbut the queen and Charles III used to voluntarily pay taxes on the profits of the dukedoms.

In addition to this, the royal family has its private assets. The queen was the absolute owner of Balmoral and Sandringham, 2 properties that she inherited from her father and that generate income.

It is also the owner of a large art collection and other valuable assets that have been inherited from previous monarchs.

It’s hard to estimate the net worth of the British royal family, but the weekly The Sunday Times included Queen Elizabeth II in its list of the richest people in the United Kingdom with $430 million, while Forbes magazine estimated her wealth at $500 million.

It is also difficult to calculate how much the royal family costs the taxpayer because the Sovereign Grant is not used to pay for the safety of the royal familywhich is normally handled by the Metropolitan Police.

David McClure, royal expert and author of the book “The Queen’s True Worth” (The True Worth of the Queen), has estimated that the cost to the government of protecting the family exceeds $100 million annually.

However, other organizations such as Republic, which advocates republicanism, believe that the total cost of the monarchytaking security costs into account, is around 345 million pounds sterling (almost $400 million).

A figure that is 4 times several times higher than the Sovereign Grant, the payment financed by taxpayers.

How much do they contribute to the economy?

But other organizations defend that the monarchy brings more money to the economy British than what it costs, thanks to activities such as tourism.

Every year, tens of millions of international tourists visit the United Kingdom and its many historical monuments linked to British royalty.

“When it comes to how the monarchy contributes to the British economy, it is extremely difficult to measure and there are a lot of conflicting views,” says Tom Edgington, senior reporter for the BBC’s Fact-Checking Unit.

Brand Finance, a consultancy, estimated in 2017 that the British royal family generated more than $2 billion to the British economy that year.

Edginton explains that this estimate is based on how the monarchy helps attract tourists to the country, which includes creating popular television shows like “The Crown” Y “Victory“.

“However, some people treat this number with skepticism, arguing that the UK would continue to attract millions of tourists even if it did not have a monarchy.”

*With reporting by Tom Edginton, Senior Reporter at the BBC’s Fact Checking Unit.