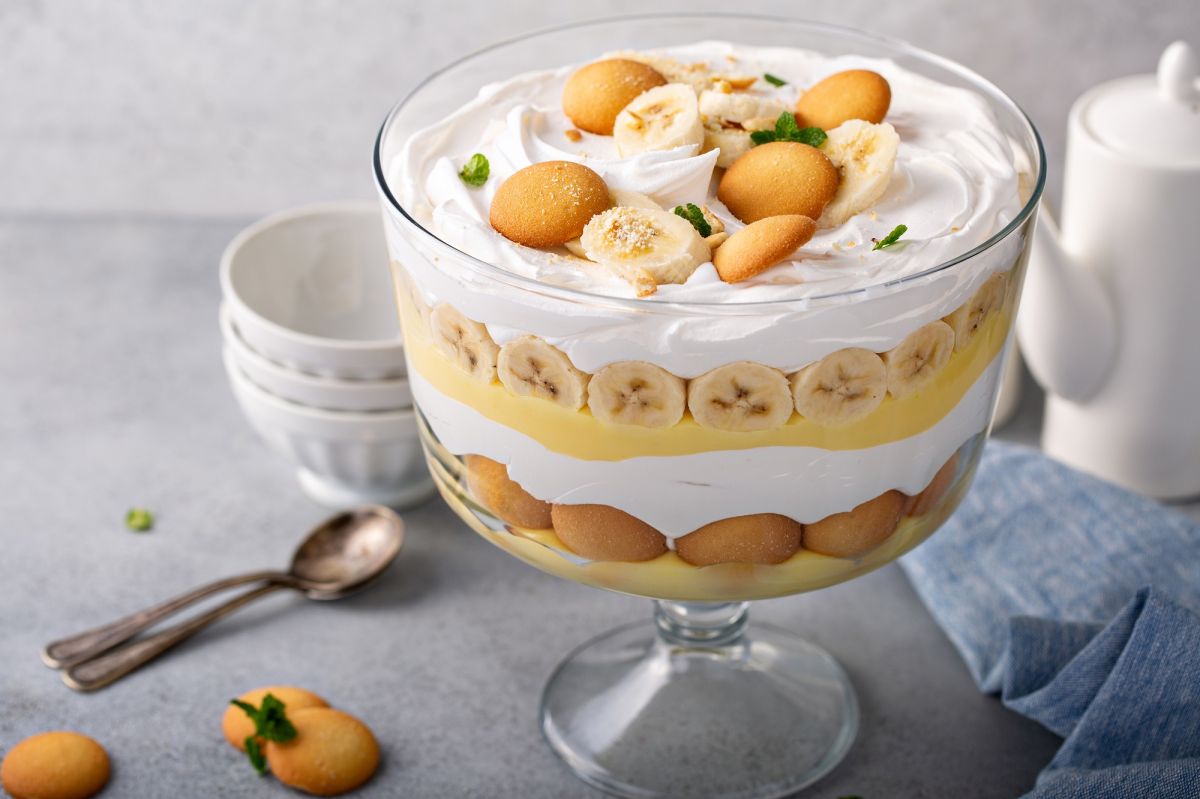 As part of the food competitions to celebrate the Platinum Jubilee of Queen Elizabeth II, the British department store Fortnum & Mason in association with the Big Jubilee Lunch Charity launched a baking competition to find an original cake, tart or pudding fit for the 96-year-old queen.

The dessert had to have a memorable story behind it, taste delicious and befitting of the queen. An important requirement was that the recipe could be easily recreated by viewers and at parties planned across the country next month.

In the contest there were 5000 participating desserts. The final was narrowed down to five contestants who competed against the expert judges in a show on BBC One. They faced Kathryn MacLennan, Sam Smith, Jemma Melvin, Shabnam Russo and Susan Gardner.

The winner of the competition was announced in the special “The Jubilee Pudding: 70 Years in the Baking” of the BBC where Camila, Duchess of Cornwall was present to culminate the competition.

A combination of Lemon Swiss Roll and Southport editor Jemma Melvin’s Amaretti Trifle outperformed other participating desserts and will be the official Platinum Pudding.

According to the BBC, Jemma’s dessert is inspired by the lemon posset that was served at the Queen’s wedding to Prince Philip in 1947. The sponge cake is made with layers of lemon curd Swiss roll, custard, gelatin, a mandarin orange coulis, and amaretti cookies.

Jemma thanked the women who taught her how to bake: her grandmothers. Her dessert will join the ranks of royal-inspired dishes and will now be recreated by other bakers.

The winner of the Queen’s Platinum Jubilee dessert contest said it was important to her that everyone be able to make their trifle. She emphasizes simplicity and for those who prefer not to bake everything from scratch, can be made with store-bought ingredients.

It may interest you:
–10 homemade dessert recipes for summer
–How to make Ina Garten’s famous chocolate cake
–Recipe for peanut butter brownies with only 2 ingredients and no oven