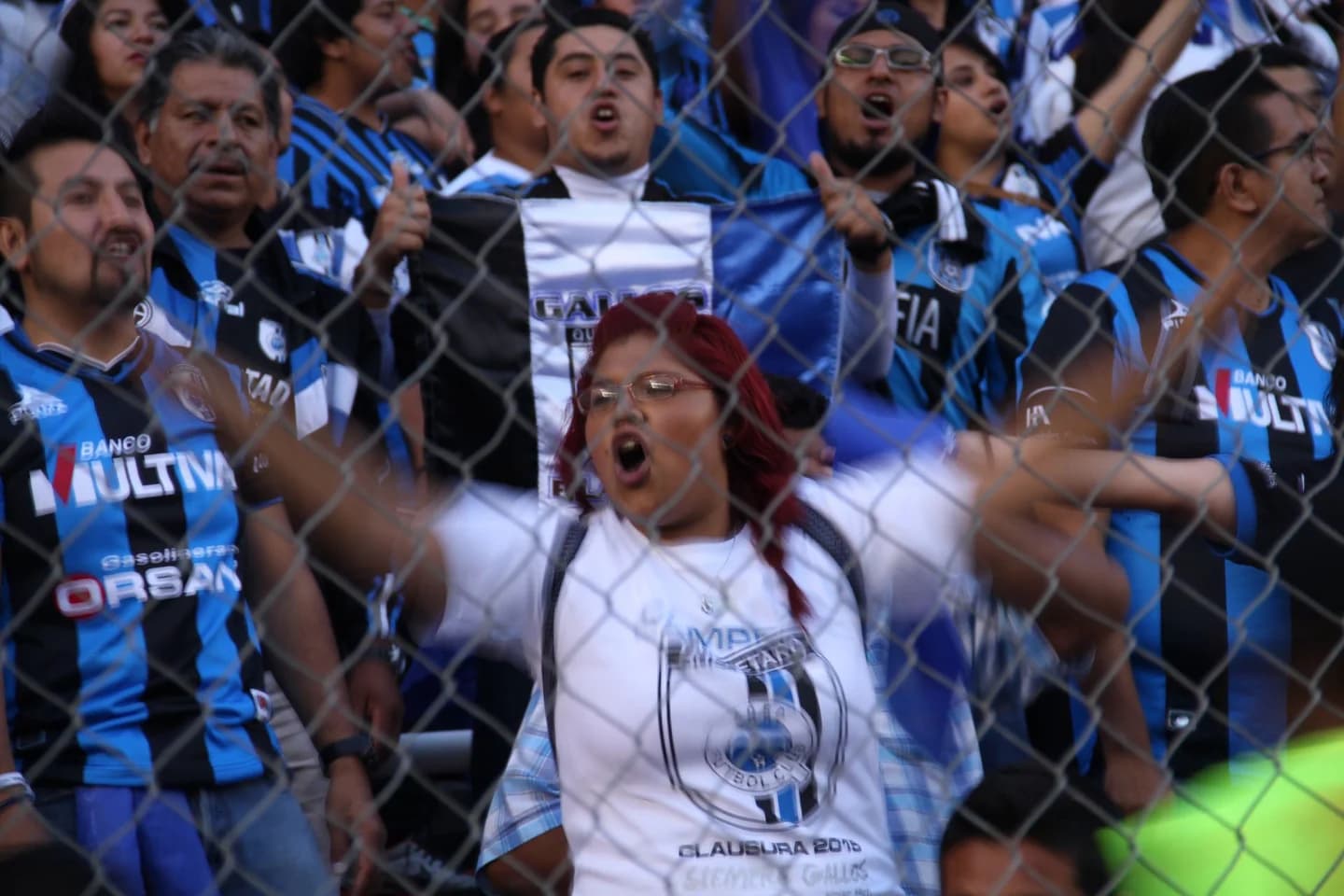 The fight for non-relegation and the neglect of security measures were some of the triggers for a rivalry that this 2022 caused the greatest tragedy in Mexican soccer.

Rivalries in soccer are very passionate, to such an extent that they have managed to overcome the sports barrier to become a wave of violence between people , a situation that has already escalated to the point of being called a tragedy.

Querétaro and Atlas are two teams with a short but aggressive history of fights that did not stop at chants and support , but came to blows and caused several people to be seriously injured and even killed by this overflowing passion.

As was experienced on the afternoon of this Saturday, March 5, during the respective meeting on day 9 of Grita X la Paz . It was the 60th minute of the match when the fans began to run in the stands.

Given the ignorance of the facts, the game continued. However, minutes later it had to be suspended due to an invasion of the field by Gallos Blancos and Zorros supporters. Some did not stop releasing blows, while others tried to flee from the wave of violence.

So far, officially, the Mexican soccer authorities, as well as the governors of the states involved, have not reported any deceased person, only 22 injured, two of them in serious condition.

However, videos and photos went viral on social networks that would reveal the opposite, as several athletic fans are lying on the ground, some motionless, others completely bloodied . This tragedy is already cataloged as the greatest in Mexican soccer.

Barra 51 vs La Resistencia: from descent to tragedy

The conflict between the fans of Querétaro and Atlas did not arise spontaneously, but has a history that dates back to 2007. Los Gallos were fighting not to be relegated, so they went with everything for a victory on the last date of the tournament. Your rival? Atlas .

The red and black were not in danger of lowering the category, but one thing was clear: defeat was not an option. That April 29, the Jalisco stadium celebrated the double with Nicolás Olivera, sending Querétaro to the extinct First A.

At the end of the meeting of the last Closing Day 2007, the bars of both groups: La Resistencia Albiazul and Barra 51 met outside the colossus and got involved in a fight that left several injured and detained.

The fans would not see each other until 2010, when the Gallos Blancos rose again. In that first tournament of the return, the Corregidora witnessed an important victory against the rojinegros, for what it implied: revenge.

However, the violence recurred in the stands and resulted in at least 30 people being injured, several seriously . Due to these facts, the directives of both clubs took preventive measures and agreed to deny access to the visiting bars, but with the passage of time it was forgotten.

Later, in 2013, again, they met to fight for non-relegation. In the end, the match ended with a bitter goalless tie that represented a golden point for the red and blacks, because with it they were placed above Querétaro .

The Gallos supporters attacked Bar 51 with bottles, cans and stones. In the end, the Jalisco police had to intervene . The balance was several injured, some damage and fires outside the stadium.

Not only the Atlas has suffered the violence of La Resistencia, because in 2017 they were captured on Bernardo Quintana avenue while beating a supporter of the UNAM Pumas . Finally, in 2019, they were the protagonists of a new attack with sticks, stones, and bottles against the fans of Atlético San Luis, at the Alfonso Lastras stadium.

It seems that all the signs were there: history of violence, neglect of security measures, priority to business . Probably these attacks could have been avoided , but it was not achieved, or could be done. Now it only remains to hope that this new administration of Mexican soccer, as well as the authorities, apply the full weight of the law for this new tragedy caused by followers of Querétaro.