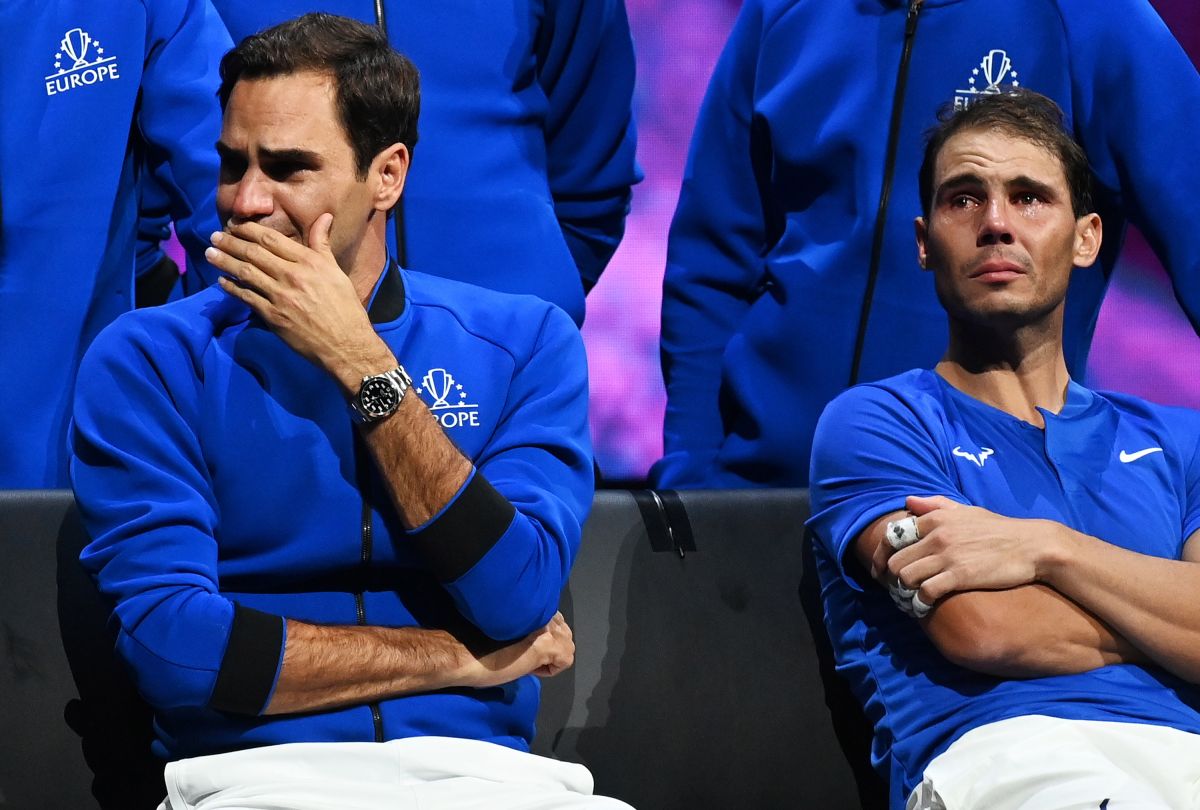 This Friday, September 23, will be remembered in the history of tennis as the farewell of a sports great, who broke several records and left an unmistakable mark with his style: Roger Federer’s last dance.

In the Laver Cup, the 41-year-old Swiss was defeated by the doubles pair made up of Jack Sock and Frances Tiafoe (4-6, 7-6 (2) and 11-9) representing Team World, at his side another giant and living legend such as the Spanish Rafa Nadalwho will also soon say goodbye to this sport soon.

The history of these two friends goes back a long time. They both led world tennis for many yearsa healthy rivalry that united them sportingly in sincere friendship.

As if she were Federer’s wife or parents, Rafa Nadal could not avoid bathing in tears at The O2 Arena in London, where nearly 15,000 fans (full house) were at the great farewell.

Roger Federer’s speech was full of emotion, memories and passages from his career that of course led to Nadal, who, on one side of the Team Europe bench, was visibly moved by the retirement of his great friend and rival, with whom had the honor of playing the last game of his career.