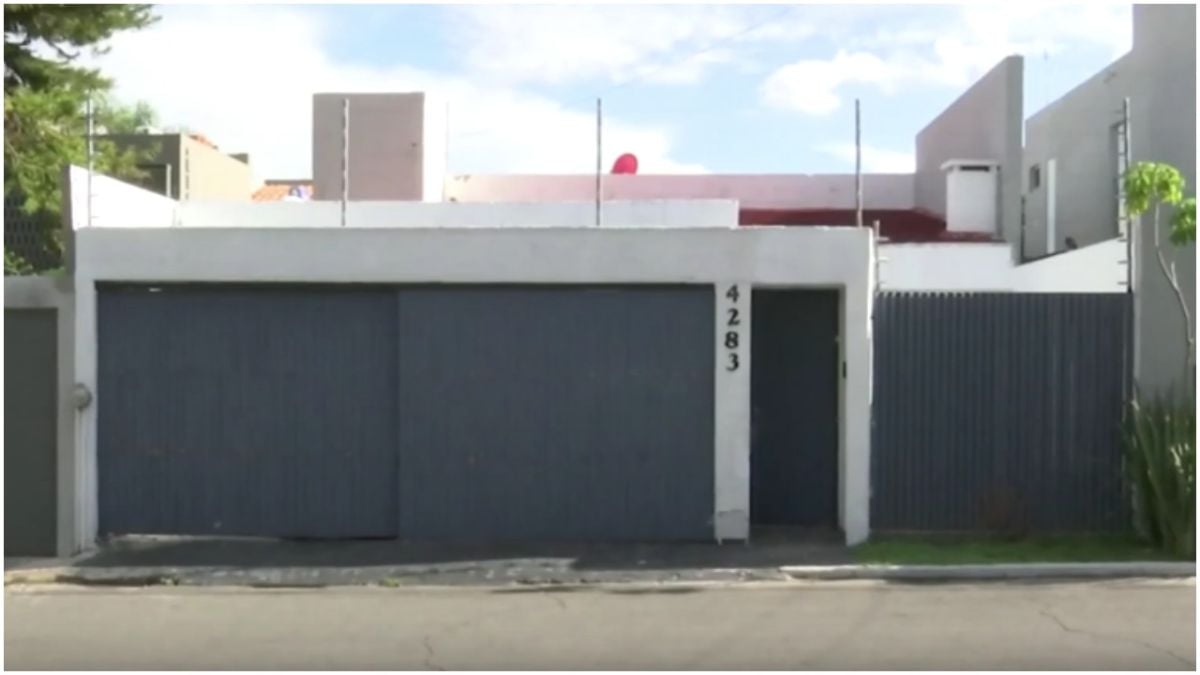 The Mexican drug lord Rafael Caro Quinterowho was arrested Friday afternoon during a Navy operation in the northern state of Sinaloawas characterized for several years by spending part of his fortune on the purchase of properties of all kinds.

After his first arrest, carried out in 1985 in Costa Rica, the ‘Narco de Narcos’ -as he came to be known- already owned eight houses, although he argued that only two of them had been acquired with drug moneywhile the rest were bought, according to him, with resources obtained from legal activities.

Although it is currently unknown how many of those residences are still standing, in 2021 a Manhattan judge ordered the seizure of several of them located in the Jalisco municipality of Zapopanconsidering that they had been bought with drug money.

On the street Walk of the Viceroysin the exclusive neighborhood of Villa Universitaria, is what was, without a doubt, the most luxurious house among those that they wanted to confiscate.

It has a gray facade, an electric mesh for the safety of its inhabitants and a wooden gate in a blue tone, which in the past was brown.

That residence, which used to be for rent, is in the name of his son, Héctor Rafael Caro Elenes, with a lifetime usufruct for the capo himself and for Elizabeth Elenes de Caro.

On the street Luigi Pirandello, In the neighborhood of Vallarta Universidad, one of the many houses that were in the name of his daughter, Roxana Elizabeth Caro Elenes, is located.

This building, with a gray façade and gate, stands out for the two large ficuses placed on the sidewalk and for its security cameras.

That residence used to be inhabited, according to the testimony of some neighbors, by a couple with their son, however, their identity is unknown.

At number 5313 of the street Enrique Gomez Carrilloalso in the neighborhood of Vallarta Universidad, was another of his homes, but this one has already been demolished and apartment towers have been built in its place.

This property, according to DEA data, was also in the name of his daughter Roxana Elizabeth Caro.

In the neighborhood Residential Grovesright on the corner of Sagittarius and Pedro Simón Laplace, there were two apartments in the name of Roxana Elizabeth Carlo Elenes.

These condominiums, located on the same floor, are located in a three-story building whose facade combines shades of brown and cream.

The construction has 12 parking spaces, six in front of the main entrance and the remaining six on the side façade, which is where the two corresponding to their homes are located.

In addition to the real estate required by the United States, the founder of the Sinaloa cartel also had one in the city of Guadalajara, which was so exclusive that the recently deceased former president Luis Echeverría came to sleep there.

The house, marked with the number 881 Lope de Vega street, in the Jardines del Bosque neighborhood, was abandoned by ‘El Príncipe’, on March 5, 1985, after the DEA accused him of the crime of agent Enrique ‘ Kiki’ Camarena and the pilot Alfredo Zavala.

This house has an ‘L’ shape, a large garage in front, a spacious kitchen, two independent stairs that connect with different bedrooms and four rooms connected by an internal corridor.

Outside, it has a swimming pool for adults and another for children, as well as a large garden, a terrace with an oven and an adjacent building to house service personnel.

Before his first arrest, Rafael Caro Quintero received one of the hardest blows of his career when, thanks to the DEA and Enrique Camarena, Thousands of tons of marijuana were seized at Rancho El Búfalolocated in the northern state of Chihuahua.

The place, where he came to have until 10,000 day laborershad an extension of 1,344 acresbut part of those lands were handed over shortly after the operation to 12 ejidos, so that only memories and some buildings in ruins remain of the ranch.

Get to know the house of Mauricio Islas, the actor who wants to conquer ‘Top Chef VIP’ with his seasoning
This is what the house looks like where the retired actress Mónica Dossetti was attacked by her brother
This is the Beverly Hills mansion that Leonardo DiCaprio put up for rent for $32,500
Alejandra Espinoza says goodbye with a ‘house tour’ of her beautiful apartment in Mexico City