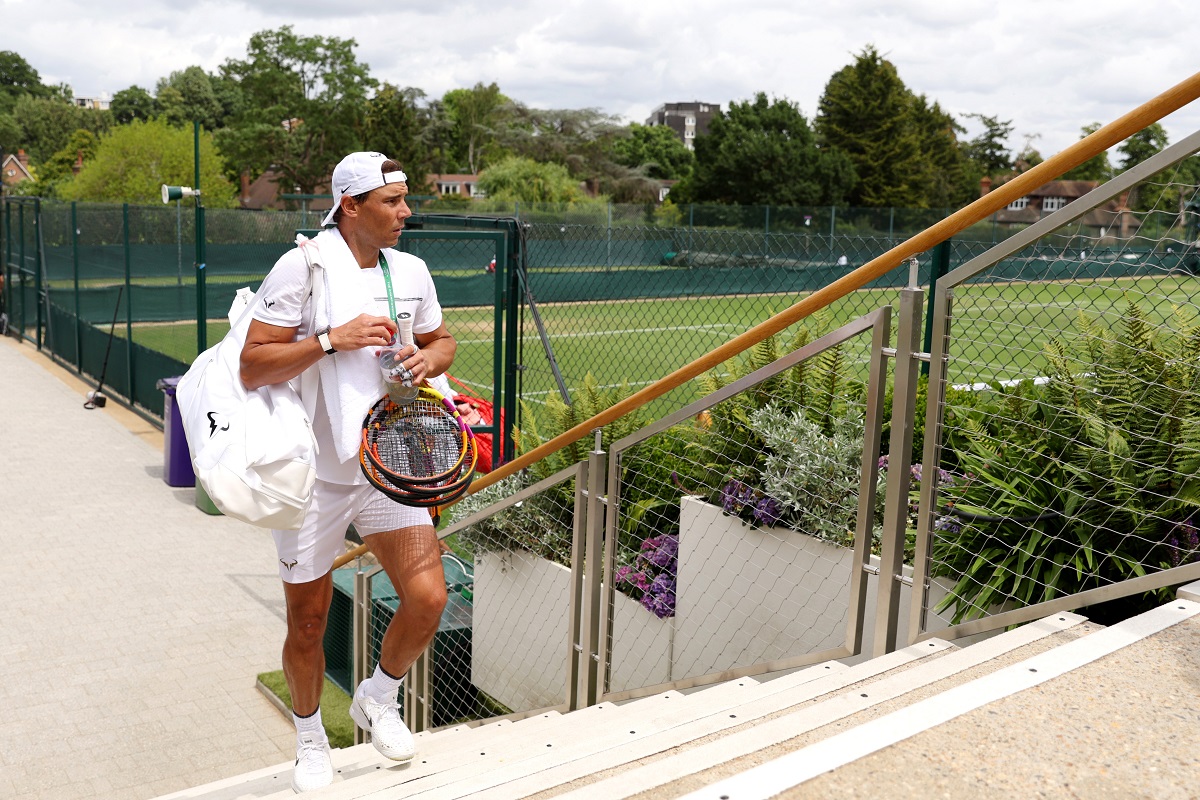 The tennis player Rafael Nadal affirmed this Saturday that he is confident of being competitive at the beginning of Wimbledon after six days training on the grass of the All England Club.

“I’m enjoying playing on grass three years later”Nadal said in his first press conference in three years at Wimbledon. “If I’m here it’s because things are going well, otherwise I wouldn’t be here. I am happy”.

The Balearic Islands, who did not play in 2020 due to the tournament suspended due to the pandemic and in 2021 to rest after Roland Garros, will play his first match on Tuesday, against the Argentine Francisco Cerúndolo, without having played official matches on this surface, but with two exhibitions at Hurlingham in your pocket.

“I don’t know how I really got there, it’s hard to predict. It is probably the most difficult tournament to predict. It’s a tricky surface where you need to spend days on it. I haven’t played anything in three years, this makes it extra complicated. Memory is important, the most recent memory you have helps on the surface. Within what is possible it has been a logical week, with better moments and worse moments, clearly in an ascending line”.

“I have trained quite a bit. Yesterday I made a mess of training, I woke up with tired eyes, but then I played well. I also trained well today. The most important thing is that the bad moments on the track are shorter and shorter. The games have gone quite well for me, I have trained with demanding people. I am confident that I will be competitive”, explained the man from Manacor.

Nadal was tired of talking about his foot and the problems he has had with it and said that during the tournament he hopes to talk only about tennis.

“I can walk normally every day, when I wake up I don’t have that pain that I had for a year and a half. In training in general I have been better. In the last few weeks I haven’t had one of these days that hurts terribly. In general, I am positive.”

About the first six months of the season, Nadal was clear: “The past is the passing and sport and life go by very quickly. I don’t really think about what you have achieved, it is something that has happened, that will be in my museum for the rest of my life, it makes me proud of it. The first six months have not been easy even with everything I have achieved for the foot. I wouldn’t say it’s a drama, there are other worse things in life, here we’re just playing tennis. It was hard to get on the court with pain and not knowing if I was going to be able to finish the training session or the match”.

In addition, Nadal spoke about the conditions of the tournament and his preferences regarding the balls used in the English championship.

“The ball is very heavy, it is a different ball than the one we are used to. These years is a little more hollow than ten years ago. The tendency is to play with more punctured balls. It seems to me a mistake from the tennis point of view. All equal points are played. What I don’t like about the change in trend is that the points are repeated too much. People hit him from anywhere because there is no sense of failure. Here this feeling is multiplied”, explained the Balearic.

“With such a heavy ball it is important to move well, to be able to position yourself well. Then it’s a track that doesn’t give you much thought, when the ball comes you have to hit with determination, if you think too much they attack you or you make mistakes. That gives you the automatisms and the confidence”.

You may also be interested in:
– Baby on the way: Rafael Nadal and Mery Perelló are expecting their first child
– Meet the Richard Mille watch that Rafael Nadal wore during the Roland Garros final, worth more than a million dollars [Fotos]
– Champion! Rafael Nadal enlarges his legend with his 14th Roland Garros and his 22nd Grand Slam