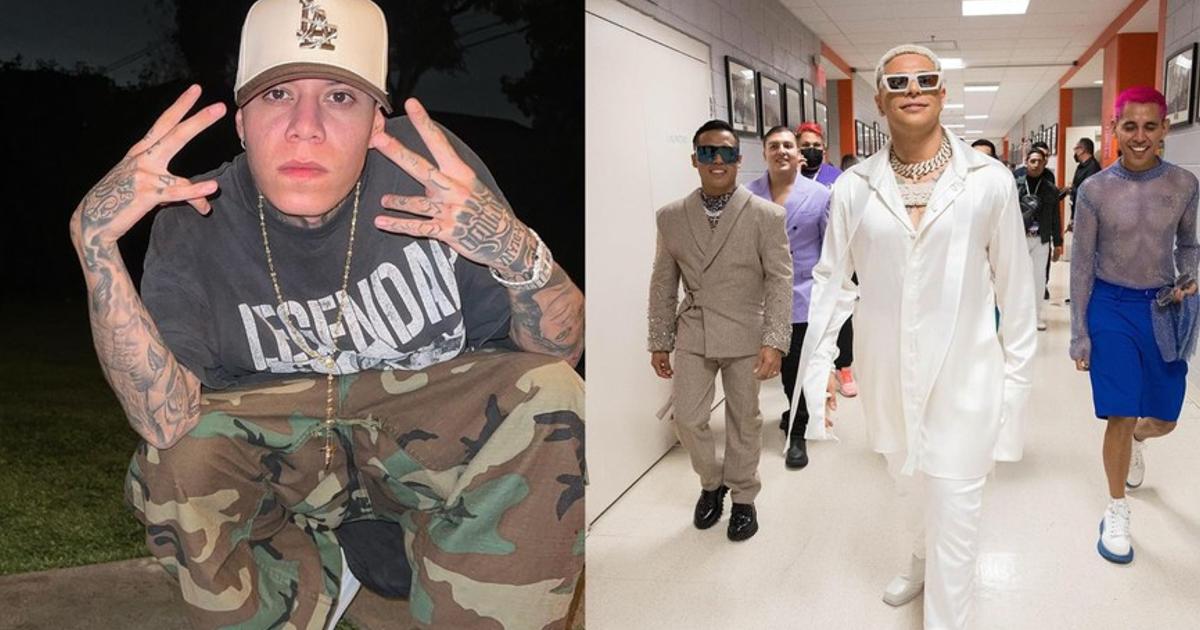 Are you in pain mode? Santa Fe Klan shared that he will join his talent with Grupo Firme in a song that is already signed.

Santa Fe Klan, the 23-year-old rapper, was in Los Angeles, California, in the United States, so he was sought out by Pepe Garza to be interviewed on his YouTube channel ‘Pepe’s Office.’

The rapper not only talked about his personal life but also said that although he did not live with 22-year-old Ariel Camacho, he has done so with Grupo Firme and a date ended in collaboration.

Santa Fe Klan will release a duet with Grupo Firme

Santa Fe Klan is one of the most versatile rappers in terms of his musical tastes, as he also has a cumbias album and likes rancheras.

Without specifying how he ended up talking with Eduin Caz – 28 years old – and Grupo Firme, he said that since he is preparing an album of norteñas, he will collaborate with them.

The Guanajuato native said that he has at least 37 songs composed by him to be used in his next Norteña album, in which Grupo Firme will participate.

Angel Quezada, as is the name of Santa Fe Klan, said that although the song has not yet been recorded, it is already signed, hoping to be released soon.

He also said that the song he will sing with Grupo Firme is called “Ay Amor” and was chosen by Eduin Caz.

Santa Fe Klan and Eduin Caz agreed on their ‘adolorido‘

Santa Fe Klan revealed that he would collaborate with Grupo Firme and said that whenever he sees Eduin Caz and his group, he gets good pedotas.

The rapper even implied that he has not only seen Grupo Firme once, but several times and that alcohol is abundant in all of them.

“Like when I see the firm, no, we get very drunk.”

The same thing led him to say that it was while drunk that he agreed on his song with Grupo Firme.

“I showed him one of the songs, almost all of them, but one of those that Eduin liked machín, it’s like a band”.

Although Santa Fe Klan did not say specifically when the song will be released, he assured “we are just going to record it,” talking about a short time.

On the other hand, Santa Fe Klan said that he would like to have recorded with Ariel Camacho because just as he likes cumbia and rap, he also likes norteñas with tuba and everything.