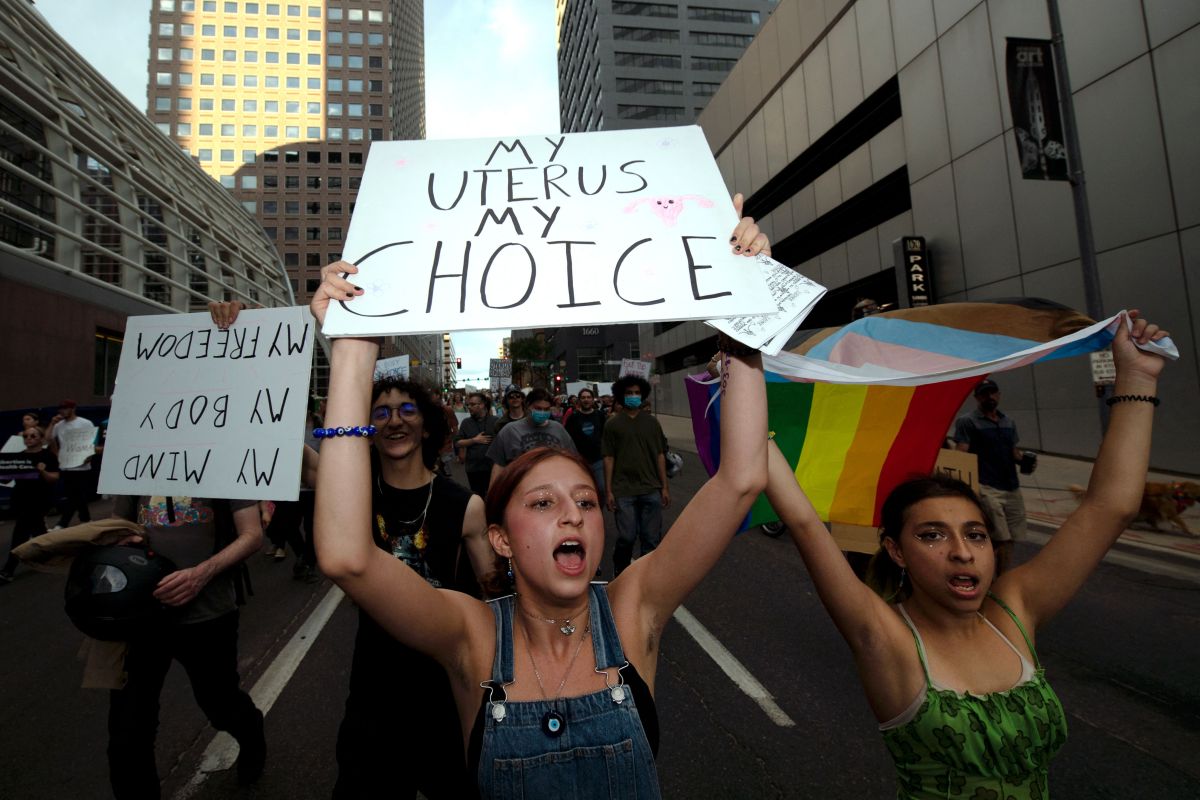 A few hours after the Supreme Court decision, Ohio banned any abortion after six weeks of gestation, a time when many women do not know they are pregnant.

The new legislation marked the life of a 10-year-old girl who was raped and was six weeks and three days pregnant, which means that she could not have an abortion in the entity, according to a report by the Indianapolis Star.

So the minor had to travel to Indiana to undergo the procedure, one of the many pregnant women who are forced to go to other states to have an abortion.

Traveling from state to state for services may no longer be an option for women in nearby states like Kentucky and Ohio that have restrictive abortion laws.

At the end of this month of July, the Indiana law will have a special session in which more regulations for the interruption of pregnancy will be considered.

“It’s hard to imagine that in just a few weeks we won’t be able to provide that care,” Dr. Caitlin Bernard, an Indianapolis OB/GYN who treated the 10-year-old, told the Star.

The infant’s story has set off a wave of outrage across the United States, with abortion rights advocates arguing that the Republican Party cannot claim to be willing to protect life when it forces victims of abuse to complete their pregnancies.

“The relentless sanctimoniousness with which anti-abortion activists claim moral superiority while forcing 10-year-old girls and rape victims to remain pregnant against their will is perverse and repulsive,” added legal commentator Mark Joseph Stern on Twitter.

South Dakota Republican Gov. Kristi Noem defended anti-abortion legislatures, including her state, which would mean the 10-year-old from Ohio would have to have the baby.

Noem expressed that the “horrible” story of the minor would keep her awake at night, but that states like South Dakota that prohibit all pregnancy terminations except to safeguard the life of the pregnant person, do the right thing.

“What I would say is that I don’t think a tragic situation should be perpetuated by another tragedy,” Noem told CNN. “There is more we need to do to make sure that we truly live a life that says every life is precious, especially innocent lives that have been shattered like that 10-year-old girl.”

The impediments to abortion in some states are strict, without any type of exception for victims of rape, incest or abuse, as in the case of the minor from Ohio.