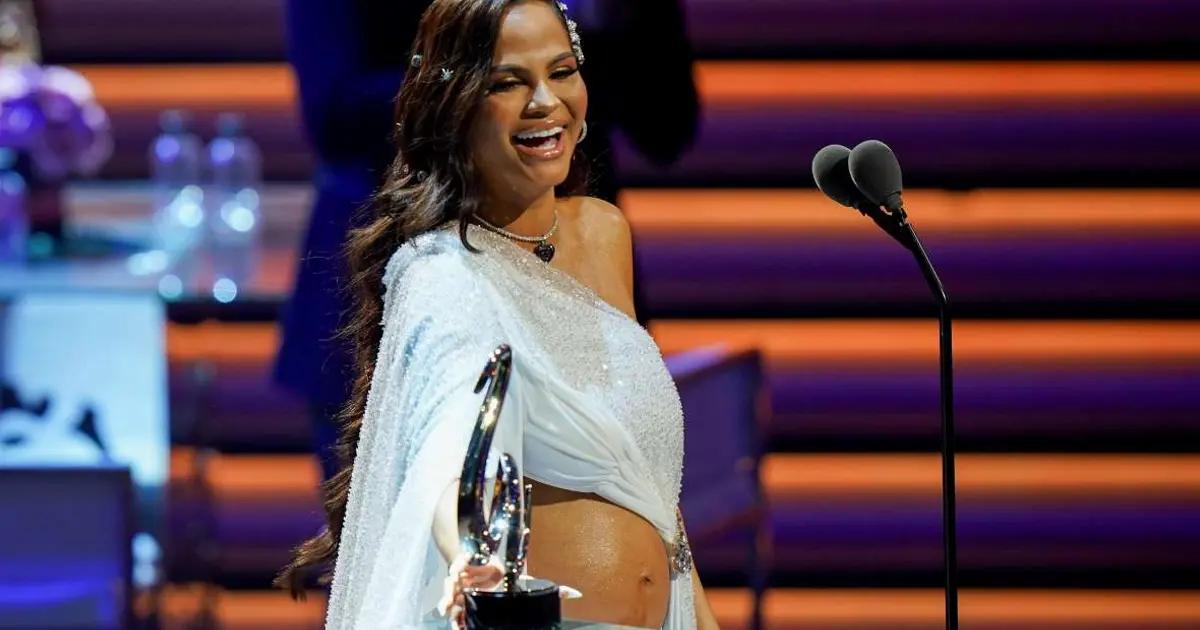 The singer was born on December 10, 1983, in Santiago de los Caballeros, in the Dominican Republic.

The Dominican singer has received awards at the Reggaeton Italia Awards, Billboard, and Premios Tu Mundo, among others.

Starting in 2015, she began working with Rafael Pina, “Pina Records,” who would later become her husband.

There she worked with artists such as Tony Dize and La melodía de la Calle with “Te faltó el valor.” She worked on the album “The Last Don 2” by Don Omar.

But it was in 2017 that he began his leap to stardom with “Criminal,” along with Ozuna, which managed to position itself at number 5 on the Hot Latin Songs list. He reached 2 billion views on the Youtube social network.

He married Pina at the end of January 2021, and on January 18 of that year, she publicly announced her pregnancy. It was in May 2021 that their daughter Vida Isabelle was born in the United States.

From prison, Raphy Pina surprised his wife with an exuberant gift: a Mercedes Benz G-Class.

It should be recalled that Pina has been held in prison in North Carolina since May of this year.

He was sentenced to 41 months in prison for possessing weapons illegally during a raid in 2020.

This gift was disclosed through a video that the artist shared on social networks with more than 36 million followers.

Here we leave you some of the comments of the followers that were left in the publication:

“Well, she deserves it. You can see that she is a very good woman and mother, only they know their own and she is a beautiful person”; “When you love someone, distance is not an impediment” and “Very hard. Love conquers all” were some of the reactions.