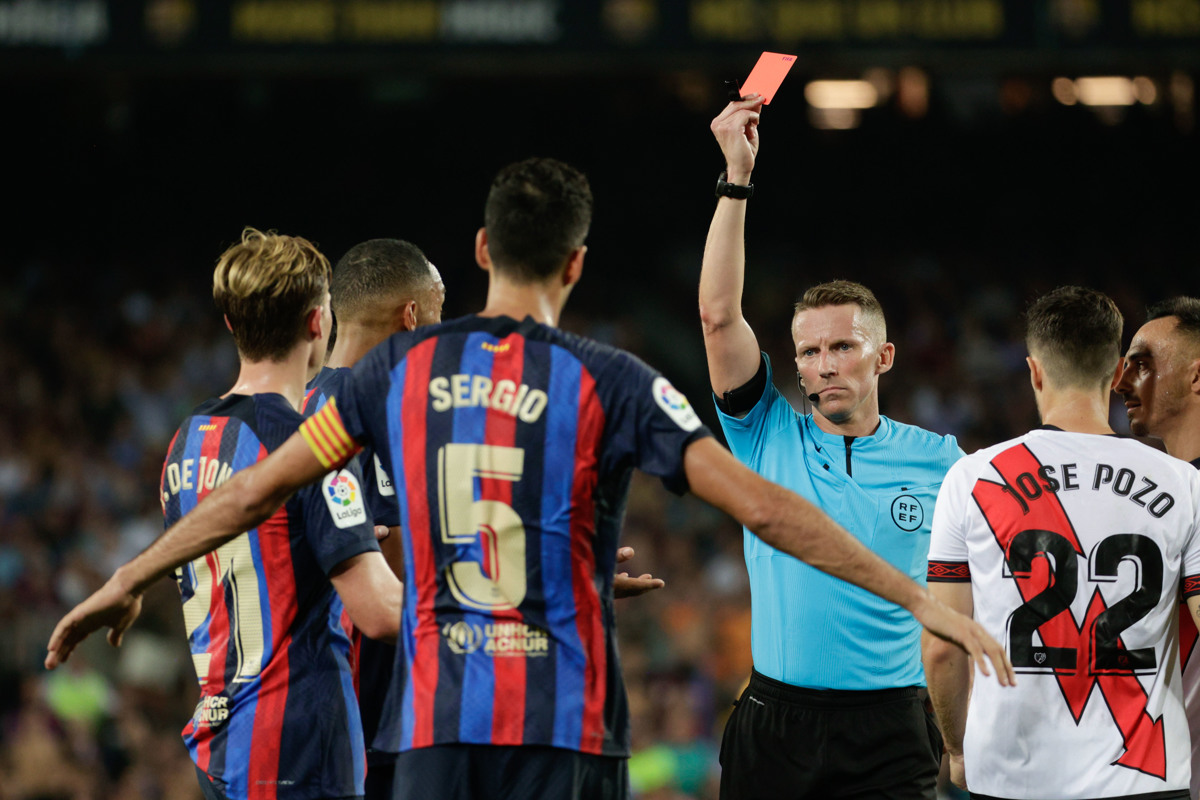 The illusion has returned to Barcelona and nothing shows it more than the fact that 81,104 spectators attended the first LaLiga Santander match of the 2022-2023 academic year, although the azulgrana team failed to beat Rayo Vallecano and had to settle for a goalless draw.

The entrance against Rayo was close to the best attendance of the men’s team at the Camp Nou last season, which was in the ‘clásico’ of the League against Real Madrid, when 86,422 spectators attended the stadium. And it was slightly less than the figure that was last Sunday in the Joan Gamper Trophy against the Mexican Pumas, which was 83,021 people.

Despite still being August 13, just the first day of the League, and facing a rival destined to occupy the bottom of the table like Rayo, Barça fans flocked to the Spotify Camp Nou to see the start of a project that has changed the face of a team that walked through the stadiums last season with their eyes lowered.

Many of the spectators against Rayo were tourists, who have returned en masse to the Barça fiefdom after the coronavirus pandemic, as is also shown by the high attendance figures that the FC Barcelona museum is registering this summer.

Not even the intense embarrassment that has accompanied the city of Barcelona for days, which did not stop even with the fine rain that fell at the Spotify Camp Nou before the match, served as an excuse for the fans to prefer to stay at home watching the match on television with the air conditioning company or in a beach bar with a mojito in hand.

The main claims for the fans were the new Barça signings, led by Robert Lewandowski, who made his debut as a scorer in the ‘culer’ fiefdom in the Joan Gamper Trophy, a match in which he also assisted twice. On the other hand, against Rayo he did not have much participation until the final part of the match. In the 12th minute, a goal was disallowed for a clear offside.

The other two signings that started were Raphael Dias ‘Raphinha’ and Andreas Christensen, who also had a discreet performance. In fact, both ended up being substituted in the 60th minute. Franck Kessié participated in the last 20 minutes and also had a goal disallowed for offside. Jules Koundé has not yet been able to be registered.

You might also be interested in:
– Butter Hands: David De Gea starred in the blooper of the year in Manchester United’s catastrophic defeat [Video]
– Riqui Puig, new star of the LA Galaxy: “MLS will be one of the best leagues in the world”
– Without Argentines: five South Americans were nominated for the 2022 Ballon d’Or