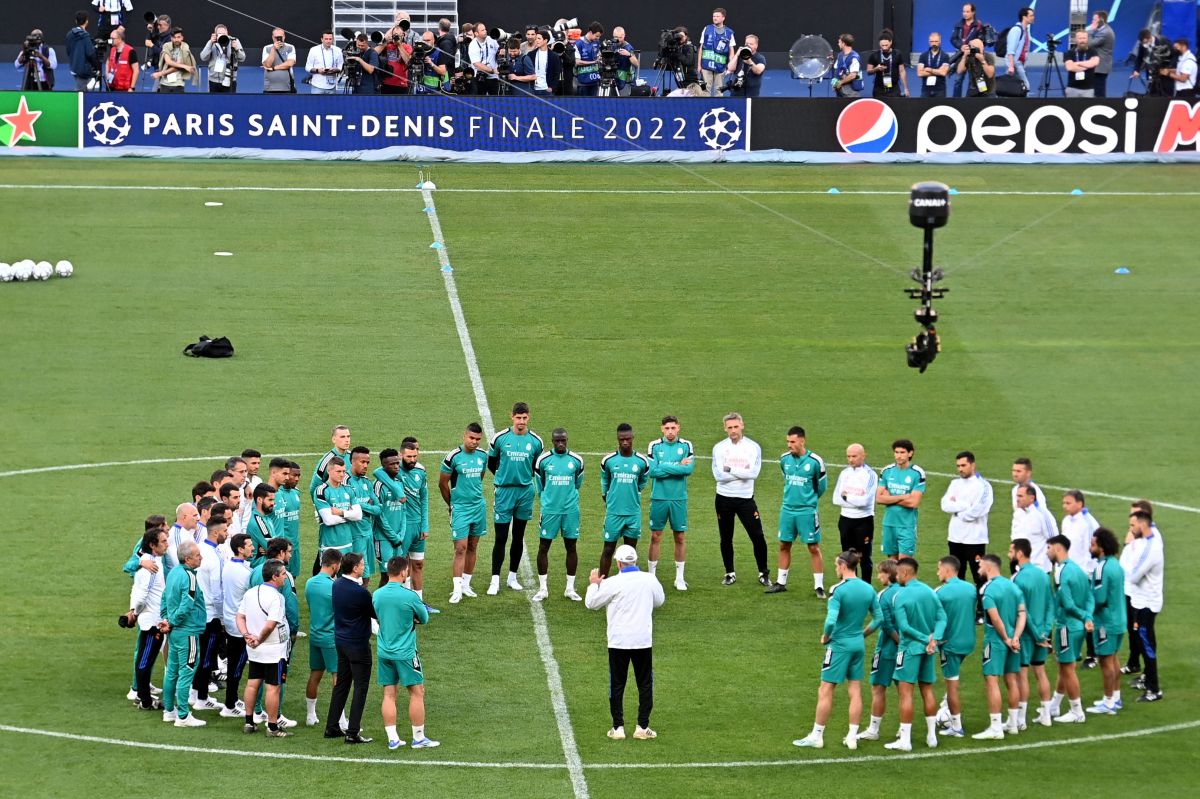 The Real Madrid has already settled in Parisrecognized the field, gave statements to the press, articulated his strategy… In short, the maximum winner of European cups (13) already has in mind this Saturday adding number 14 to his record.

To reach the highest instance the meringues have had to face great matches, glorious nights of comeback. From the round of 16 when they eliminated the Paris Saint-Germain (PSG) of Kylian Mbappé, Neymar and Lionel Messi, to their most recent heroics in the semifinals against Pep Guardiola’s super-powerful Manchester City.

“We deserved to reach the final for quality (…) The history of the club has pushed us through the difficulty. Winning the final we have to deserve tomorrow”

The Italian coach of Real Madrid at a press conference did not leave at a press conference all the difficulties that they will face this Saturday against Liverpool, one of the teams in the best form in all of Europewith a block of players who have been getting stronger for years and already know what it’s like to lose (2018) and win (2019) the famous “orejona”.

Ancelotti throughout the tournament has used a specific number of players, his faithful squires and warriors in the field, who arrive at this stage in top form. The EFE agency grouped some statistics on his performance: