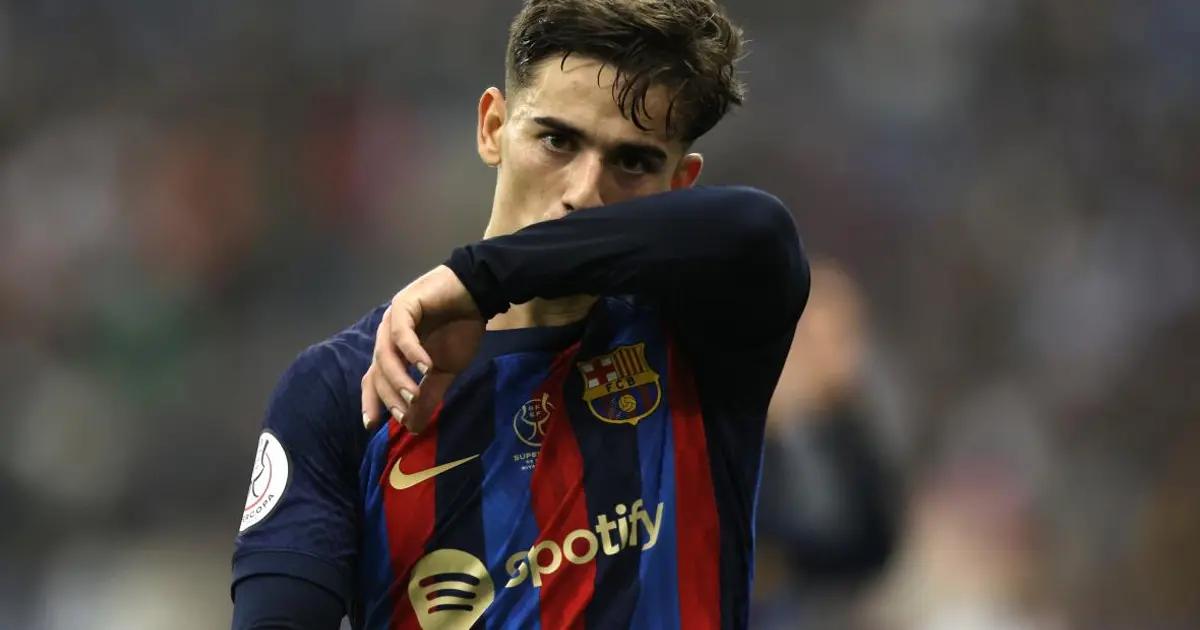 With tempers flaring for a Real Madrid side that was losing the Spanish Super Cup final 3-0, the white player Dani Ceballos starred in an unfortunate episode when he assaulted the young Culé, Gavi.

Ceballos had entered from the bench from the 65′, and four minutes later, FC Barcelona scored their third goal through Pedri after an assist from his teammate Gavi.

Minutes later, a controversial moment was captured in a video going around the world. The referee and the VAR did not even realize it. And while Ceballos had a cross of words with Gavi, the Merengue player gave a strong hair pull to the blue and white player.

After the episode, Vinícius Jr. entered the scene to support his partner and Jules Koundé, and Robert Lewandowski joined on the other side.

At the moment, the reason for the attack is unknown, which at the time could have cost Ceballos a red card to leave a Madrid that was suffering with 10 players.

So far there has been no pronouncement by the Royal Spanish Football Federation (RFEF), but possibly in the next few days a sanction will be announced for Dani Ceballos.

After the episode, Vinícius Jr. entered the scene to support his teammate, and Jules Koundé and Robert Lewandowski joined the other side.

For the moment, the reason for the aggression, which at the time, could have cost Ceballos a red card to leave a suffering Madrid with 10 players, is unknown.

So far, there has been no pronouncement by the Royal Spanish Football Federation (RFEF), but possibly in the coming days, a sanction for Dani Ceballos will be announced.

Xavi: “We deserved to win this trophy!”

At the end of the match, Xavi was extremely pleased with his team’s success and revealed how he managed to topple the Real Madrid “monster.”

The Super Cup does not satisfy Xavi’s wishes, and the Catalan coach is aiming for the La Liga title.

“We definitely needed this trophy more than Real Madrid. They have more trophies than us. I’m happy with the players. They worked hard and deserved to win. It’s a great dressing room.

It was a good match. The players understood very well what we asked of them. Gavi, Pedri, Frenkie…, we looked to have superiority, Dembele free on the flank, and we also got Araujo back. I’m happy for them.

You have to control Madrid somehow. We had to control the game and minimize the loss of possession.

When Gavi doesn’t play, I don’t like it at all, and it’s extraordinary how much soul he puts into the pitch.

Now it’s my turn to do my job. If we have managed to win the Super Cup final against Real Madrid, we’ll have to win the games against Ceuta and Getafe. We mustn’t let them relax.”