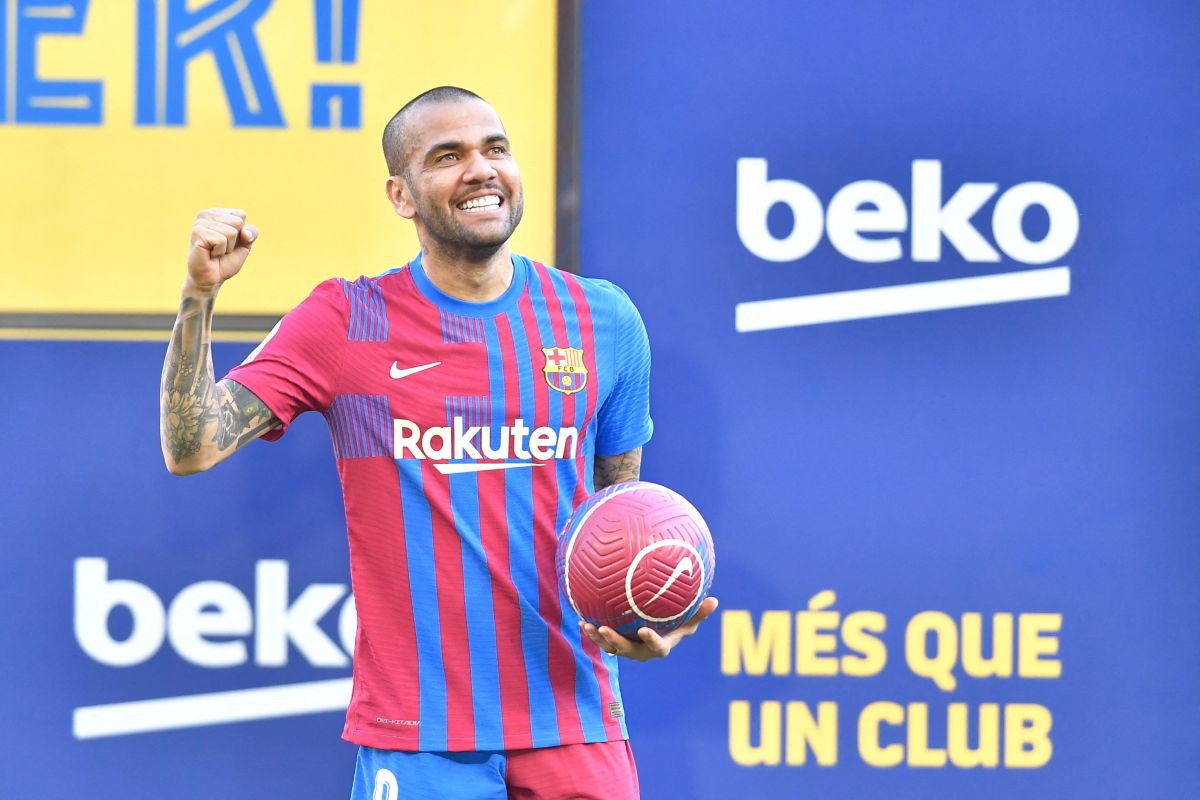 The legendary former winger and captain of the Brazilian team, Cafu threw flowers to another active soccer legend such as Dani Alves, and indicated that he has sufficient conditions to play the Qatar 2022 World Cup and that having signed for Barcelona could make this possible.

The physical conditions of the player with the most titles in football history are such that Despite being 38 years old, he continues to draw praise from several of the best footballers in history, in this case it was from Cafu.

“It is incredible to know that Daniel Alves still has wood to burn, he has gas to spend and he is eager. That’s the most important thing, you know what you want and He has gone to Barcelona, ​​which is not just any club. That really gives you a chance to go to the World Cup. next year, “said the double world champion with Brazil, in an interview with the UOL portal released this Thursday.

In that sense, the former Sao Paulo player pointed out that Dani Alves’ age should not be a problem and used himself as an example to try to prove it. “First because it breaks this whole paradigm that a 38-year-old player cannot play for a great club. I also played until I was 38 years old for Milan. So for him it’s fantastic, sensational, “he said.

The chances of what Cafu proposes or wants will happen are not entirely low and it is that the Brazil coach, Tite, has not completely ruled out Alves, whom he has summoned five times for qualifying matches for the Qatar 2022 World Cup.

To achieve a quota in the call of the ‘Canarinha’, the current FC Barcelona player rivals will be Juventus defender Danilo and Tottenham side Emerson Royal, two frequently criticized players whose performance is far from comparable to that shown by former Brazilian right-backs such as Dani Alves and Cafu themselves.

Read also:
– Xavi was delighted with Dani Alves, again: “I had no doubts when it came to signing him”
– Dani Alves will earn per year the same as Lionel Messi earns in a day and a half