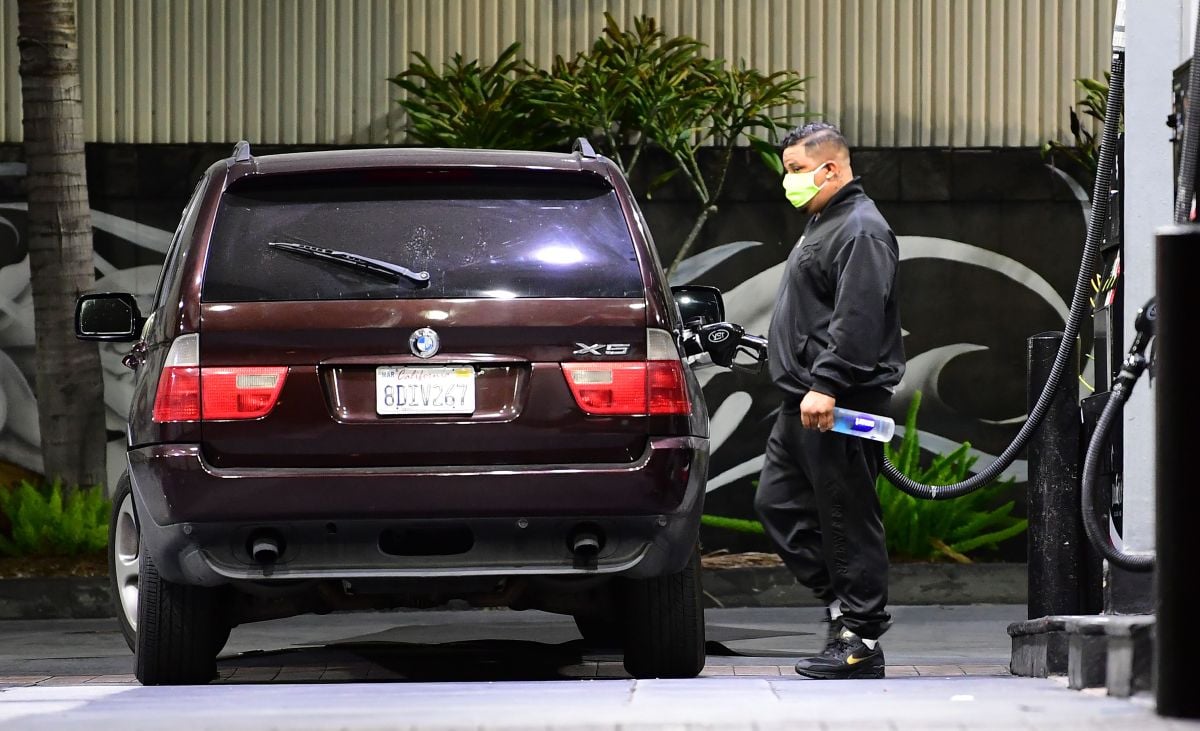 Jesús García Valdivia feels with his hands tied helplessly in the face of the unprecedented increase in gasoline prices, since he has to drive a total of 108 miles a day to work.

“The gas tank costs me $80 a week, just for going to and from work, and if I already use the car to go around, I have been spending up to $400 a month. It’s too much!” says Jesús, who works in an auto body shop in the city of Palmdale north of Los Angeles, but lives in Van Nuys, a neighborhood in the San Fernando Valley.

And you wonder, what can we do if we need to commute to work and all the prices are going up. He also has no way to carpool to work with another co-worker to save on expenses, because no one he knows drives between Van Nuys and Palmdale on a daily basis.

“The only thing I am thinking about is buying an electric car when I can; and move my family to Palmdale as soon as possible. Here at least the rents are cheaper, but gasoline is just as expensive in Van Nuys as it is in Palmdale”.

According to AAA, the nation’s largest auto insurance company, in Los Angeles, the average cost per gallon of regular gasoline is $4,782 versus $3,650 a year ago. The national average price is $3,304.

Throughout California, the average price per gallon is $4,742, but at some gas stations, it is above $6.00 per gallon.

Mariluz González posted on her Facebook page, a photograph with gasoline prices at the Chevron station, which is half a block from Olvera Square in downtown Los Angeles, the price of regular gasoline per gallon was $6.21, on Monday February 21st.

Pedro Rodríguez, who works two jobs as a fryer in Los Angeles restaurants, said he doesn’t even want to look back to see how much it costs him to fill up his gas tank anymore.

“I just don’t want to look at what I pay because I’m going to get more stressed, I just see my bank account getting smaller,” he says.

What he is planning to do, and does not know how to address the issue, is to ask a co-worker for financial support, whom he gives a ride to every night, when they leave work.

“He lives my way in Torrance, but I detour from my house about 10 blocks to drop him off where he lives. Before I didn’t care, but now with gasoline so expensive, with all the sorrow in the world, I’m going to have to charge him and ask him to support me for gasoline, ”he says.

This week, Governor Gavin Newsom proposed suspending the 5.6% gas tax that goes into effect in July in his $286 billion budget in order to save drivers money.

While drivers would be fascinated, suspending the increase would cut California’s fuel tax revenue by more than $520 million.

The governor also proposes delaying the entry into force of the increases scheduled for 2023 and 2024.

“Because California is so strong and we’re the fastest growing economy of any Western democracy for the last five years or so, because we’ve done a little bit better than a lot of people, in terms of addressing the pandemic, as a consequence, our economic output is strong,” Newsom said in introducing his plan.

“As a result, our budgets are running extraordinary surpluses.”

Today, Californians pay more for gas than any other driver in the country.

It is important to clarify that taxes are not the only reason for the price increase, but only one factor. On average, the state gas tax last summer was 51.1 cents. If we add the federal tax and other charges, it comes to 86 cents.

Salvador Candia, who works as a gardener and walks from one place to another all day, says that the excessive increase in gasoline has a double impact, since he uses it for his vehicle, but also for his work tools.

“We are filling the gas tank all the time. I need the gasoline for the lawnmower, the blower, the guiros, and in the chainsaw it is mixed with the oil”.

Salvador estimates that the cost of gasoline has skyrocketed between 15 and 20% because he works in several counties. “There is no way around that expense because we depend on our customer path for a living. Gasoline is very necessary for us. Gardening is the breadwinner for my family.”

In January, Congressman Josh Harder said that pausing the gas tax will save California families $523 million this year.

“Pausing the gas tax is a great first step in keeping prices in check, but we need to go further. Governor Newsom, you and Sacramento have the power to take down this tax and fix the problem for good. Do it!”

Higher taxes on gasoline and diesel fuel were authorized in Senate Bill 1’s sweeping transportation plan of 2017. The increases were aimed at raising about $5.4 billion a year for highways, bridges, transit and roads. local.