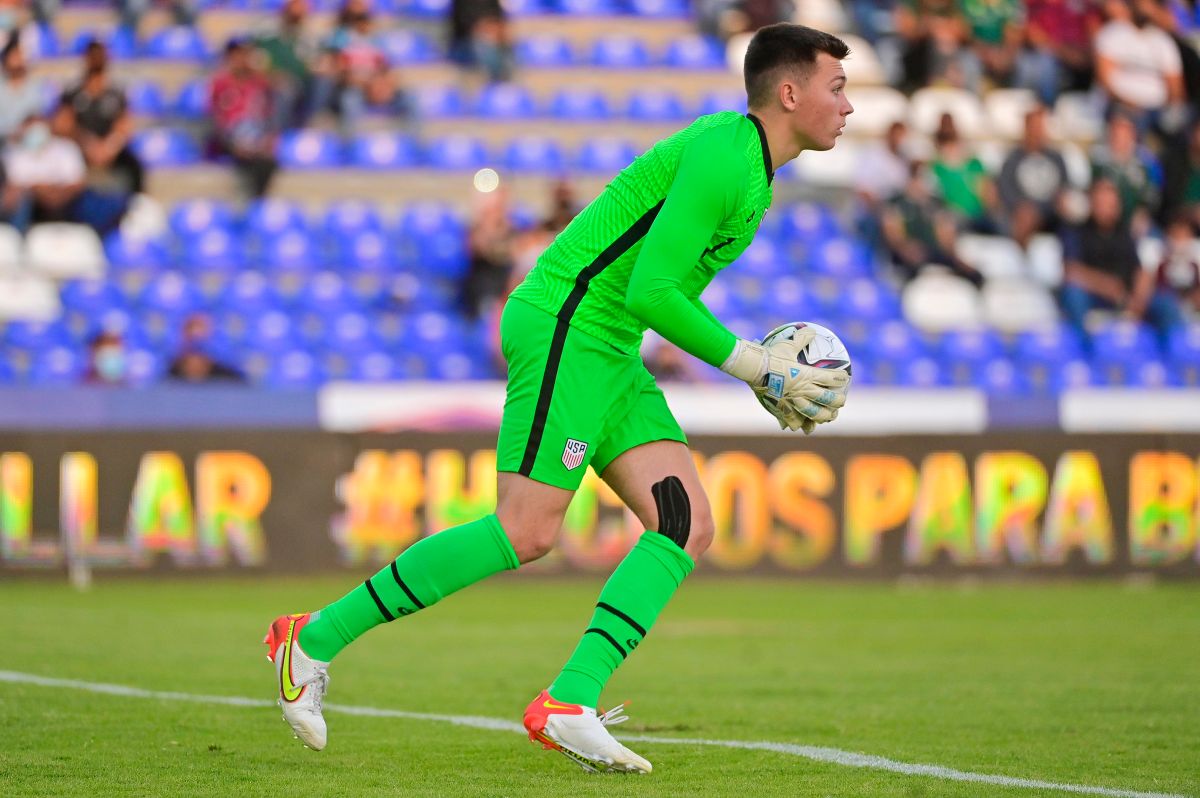 History for Major League Soccer. Gabriel Slonina is Chelsea’s new Premier League goalkeeper and for this the whole of london ended paying 10 million dollars, but that can climb up to 15, reportedly a new record for a player from the Chicago Fire to any other competition.

However, even though the Chelsea paid a huge amount of money for Slonina’s tokenthe goalkeeper He will continue his fight in the MLS, as he was loaned to the Chicago team and then went to London at the beginning of 2023. Also, it was detailed that the whole of the United States will have a future sale of its fileif Chelsea sells the 18-year-old.

In addition to all this, it was also learned that the goalkeeper will have a link with the blue institution until the end of 2028, that is to say, he will have a six-year contract with the group today led by Thomas Tuchel.

On the other hand, the Chicago team raised their voices and spoke about the goalkeeper’s departure, which we repeat will not happen until 2023, emphasizing by the words said by the Chicago Fire sports director, Georg Heitz, that he himself has always known be a professional within the institution.

“We are very proud and happy to see Gaga reach this moment in her career. Since she joined the club, Gaga has epitomized what it means to be a Chicago Fire player.”

To finish, Heitz himself highlighted his talent on the playing fields, making it clear that although he is still a young player, he has experience and maturity.

“In addition to his incredible talent, and his maturity despite his youth, he is extremely hardworking and a fantastic teammate. Gaga is a role model for so many aspiring players in Chicago, and this transfer demonstrates that a footballer can progress through the first team from our academy before joining one of the biggest clubs in the world.”Georg Heitz

You may also like
-“His career speaks for itself”: Efraín Álvarez defends Javier ‘Chicharito’ Hernández prior to the duel between LA Galaxy and Chivas de Guadalajara
–“I didn’t know they were in first place”: Fernando Ortiz and the reality of LAFC that he ignored in MLS
–“We are ashamed”: Héctor Herrera spoke after the heavy defeat in the MLS with the Houston Dynamo