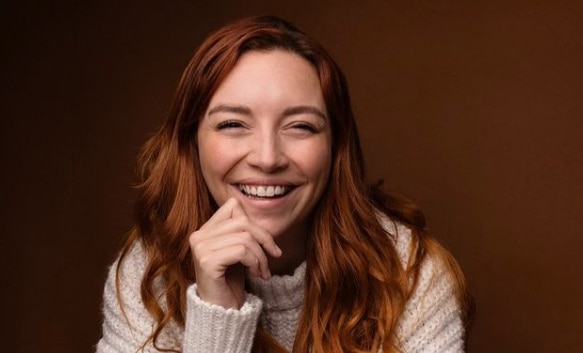 A few hours ago, the Mexican actress, Regina Blandón, used her social networks to send a strong message to the anti-vaccine population, whom he invited to inoculate with the COVID-19 vaccine in order to combat the health emergency that is being experienced in the country.

From her Instagram account, the protagonist of The P. Luche Family She appeared with an application filter and said that one of her friends received the booster dose and, during her stay at the center where she was vaccinated, witnessed the dances that were undertaken in some municipalities to keep the population entertained.

It was then that he made the comment: “And now, the people who are antivaxer (antivacunas) and who do not want to be vaccinated, already, already chole, right? In other words, the Covid hits them harder and everyone is getting it right now, they cannot cross borders, they cannot enter places, it’s a bit selfishHonestly, because it’s the only way we’re going to get out of this. So, please, don’t be like that, ”he said on Saturday night.

Also, in a somewhat humorous tone, the actress who recently recovered from a contagion of the same disease commented that if the vaccine has something that causes damage to the population, soon it will be the “funny” people who die and not those who do not they wanted to get vaccinated.

“Also, you say there is something wrong with the vaccine, and we all die. Well, we all die, you vaccinate them And you are going to be soles and with very boring people, antivaxer, really. Then dead we will be much better off than you who are going to be left alone with (those) people. Don’t be like that! ”, He concluded.

How are the infections and vaccines against COVID-19 in Mexico?

In the last technical communication of the Ministry of Health (SSa) dated Saturday, January 8, they reported 4 million 113 thousand 789 cases of accumulated infections of coronavirusCOVID-19), in addition to a total balance of 300 thousand 303 deaths for the disease.

Which represents that in the 24 hours before the court date they joined 30,671 infected, as well as 202 deaths. It should be noted that this number of positive cases for the disease broke the record that was reached on August 18, 2021, when 28,953 were reported.

Also, until the court date, the entities with the highest number of active cases, that is, patients who began to present symptoms in the last 14 days (from December 26, 2021 to January 8, 2022) are: Baja California Sur, Mexico City, QuinranaRoo, San Luis Potosí, Zacatecas, Yacatán and Baja California.

Refering to hospital availability, the average occupancy of general beds in health centers it is twenty% and from 13% for beds of intensive therapy.

Regarding the day of the National Vaccination Strategy against SARS-CoV-2, the agency announced that until last Saturday 151 million 464 thousand 652 doses have been applied of the Pfizer-BioNTech, AstraZeneca, Sputnik V, Janssen, Moderna, Sinovac and CanSino formulas.

Of that total, 73 million 840 thousand 012 people have received the complete scheme (two doses or one, as is the case with the Cansino and Janssen vaccine). The above means that the 88% of the population aged 18 years and older have received both doses in the country, according to Ssa.

Regina Blandón spoke about her contagion of COVID-19: “I’m dating”

“I wish you open-mindedness”: Regina Blandón responded to haters who called her “liberal”