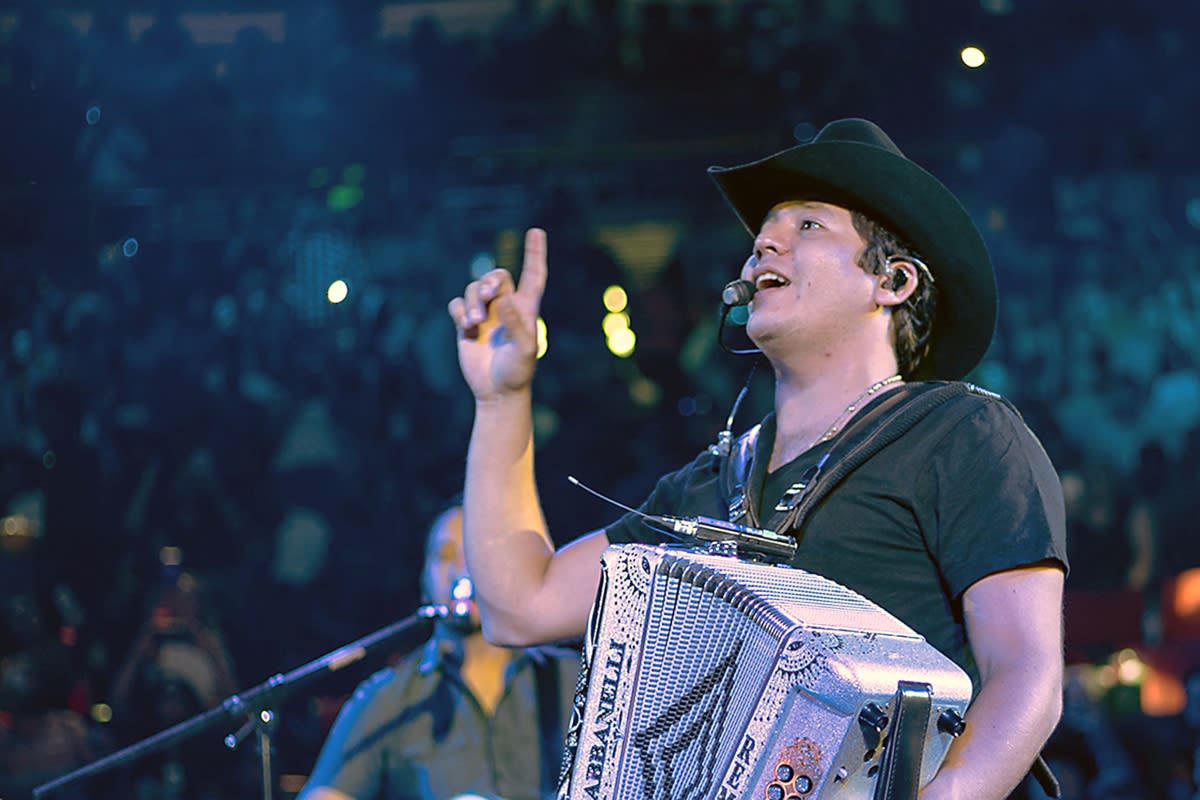 It seems that he did not learn his lesson. Weeks after his cousin and his girlfriend accused him of having attacked them, the Mexican singer and accordionist Remmy Valenzuela shot the representative of José Ángel Ledezma, better known as El Coyote.

According to information from the Telemundo program Suelta la sopa, which was taken up by Agencia Reforma, Remmy hired El Coyote to sing at his birthday party, but with a small detail, he would not have paid the artist.

It was last October 1 when the native of Guasave, Sinaloa, in Mexico, celebrated his 31st birthday, but things got out of control in this celebration when, with good reason, El Coyote demanded payment for his services, so who withdrew very upset.

The singer’s representative stayed at the party to see if he could resolve this situation, although they say that Remmy Valenzuela threatened him after tying him to a chair and shooting at the floor to intimidate him, because what he wanted is for his colleague to return to continue entertaining the celebration .

They were going to kill him

But this would not be all, since they say that Remmy Valenzuela threatened the representative of El Coyote that if the singer did not return to continue entertaining the celebration, he was going to kill him. So far, neither of the two parties involved have given their version of the matter.

As reported by the Chamonic Instagram account, the Mexican singer and accordionist would have shot the representative of José Ángel Ledezma 50 times, so the reactions of the Internet users did not take long to be present.

“Until you find the fit of your shoe”

In this same account, Chamonic shared the following testimony: “I found him (Remmy Valenzuela) in the same hotel that I stayed in Guadalajara a few days ago, I saw him face to face and he said that I only spoke ill of him and I really only shared what it is, I saw myself with a courage that netted me fear, hahaha, but thank God nothing happened ”.

“What does this naco think, does he think he can do whatever he wants? People should not support his events, this is not acceptable ”,“ Until he finds the fit of his shoe and then yes ”,“ This Remmy is a delinquent ”,“ And so people continue to attend his presentations ”.

They think that Remmy Valenzuela “has no remedy”

When it became known that the Mexican singer and accordionist had attacked his cousin and his girlfriend, the lynching on social networks did not take long, and although Remmy would deny this story, his ‘disappearance’ was very evident.

“How unfortunate, with that talent he has, I think we already know how this will end because I no longer believe that Remmy has a remedy”, “That guy is very bad”, “He must be taking a lot of drugs”, “Besides he is super arrogant with his fans “,” That happens for not doing justice to what he has done, “you can read in more comments.

“It should be rotting in jail”

As mentioned above, so far neither Remmy Valenzuela nor El Coyote have commented on this alleged incident, but that did not prevent users from leaving the interpreter of Loco in Love and My Princess with everything.

“I don’t understand how he is still free. He should be rotting in jail ”,“ This man is sinking more every day, in the presentation he had at El trompo in Tijuana it was empty, he did not fill it ”,“ Flat that guy is wrong, for something the family removed the lawsuit better “,” I say someone protects him “(Filed under: They claim that Remmy Valenzuela shot the representative of El Coyote).

“I missed you a ching …”: Remmy Valenzuela

In his most recent publication on social networks, on September 19, Remmy Valenzuela shared a video of his return to the stage, where it seems that scandals have no place: “Agua Prieta, what an incredible night they made us pass.”

“I am grateful with all my heart for each and every one of those who made this night last night like a dream, to be able to be there and be able to hear them sing each song, each success, I bring them in my soul and all that love they give me. . I missed you a ching… ”(TO WATCH THE VIDEO CLICK HERE).

“God knows everything I feel inside”: Remmy Valenzuela

And in what would be his return to social networks after allegedly attacking his cousin and his girlfriend, Remmy Valenzuela opened his heart and thus expressed himself: “with all that love they give me, I can’t find a more valuable word than simply Thank you”.

“I love my audience, I love music, I love each night that they have given me and all the ones that are missing, I thank God for giving me those magical nights where your life is restarted, where only God knows everything that I feel inside and that without their help none of this could happen ”.

Show your face after family complaint

Remmy Valenzuela spoke for the first time about the complaint against him that his cousin, Carlos Armando, and his girlfriend made. A few weeks ago, the singer’s relatives accused him, both in front of the authorities and in social networks, of having caused them severe injuries after a beating he gave them.

“It is a family matter and I feel that my family has always been hidden or I have always kept it on the sidelines. Things have happened, but not what people say, well what the media say, not what is speculated, but I do ask there a little respect to the public please, they are familiar things, “he said in an interview to the program Despierta America.

“It is the first time that I lose control of something familiar, things are speculated, not everything is true, there are things that I also have my doubts about the things that have happened or those that have been said, but hey, it was not to hide myself, but to give peace of mind… ”added Remmy Valenzuela.

Remmy Valenzuela opened his wallet to get out of a legal issue for going wild. Carlos Armando “N” and Katy Aracely “N” granted their aggressor pardon after receiving 5,000 dollars, in addition to a confidentiality agreement being reached.

In the program of El Gordo y la Flaca it was announced that the singer got rid of the charges presented for brutally assaulting his cousin and his girlfriend after agreeing an economic compensation of 99 thousand 747 pesos. According to information from Gordo and La Flaca, the interpreter was never summoned to testify before the Sinaloa authorities, in addition to the fact that the crime he was accused of, which was attempted femicide and malicious injuries, was changed to domestic violence and injuries, Well, the victims’ lawyer reached an agreement with the singer’s lawyer (With information from Agencia Reforma).