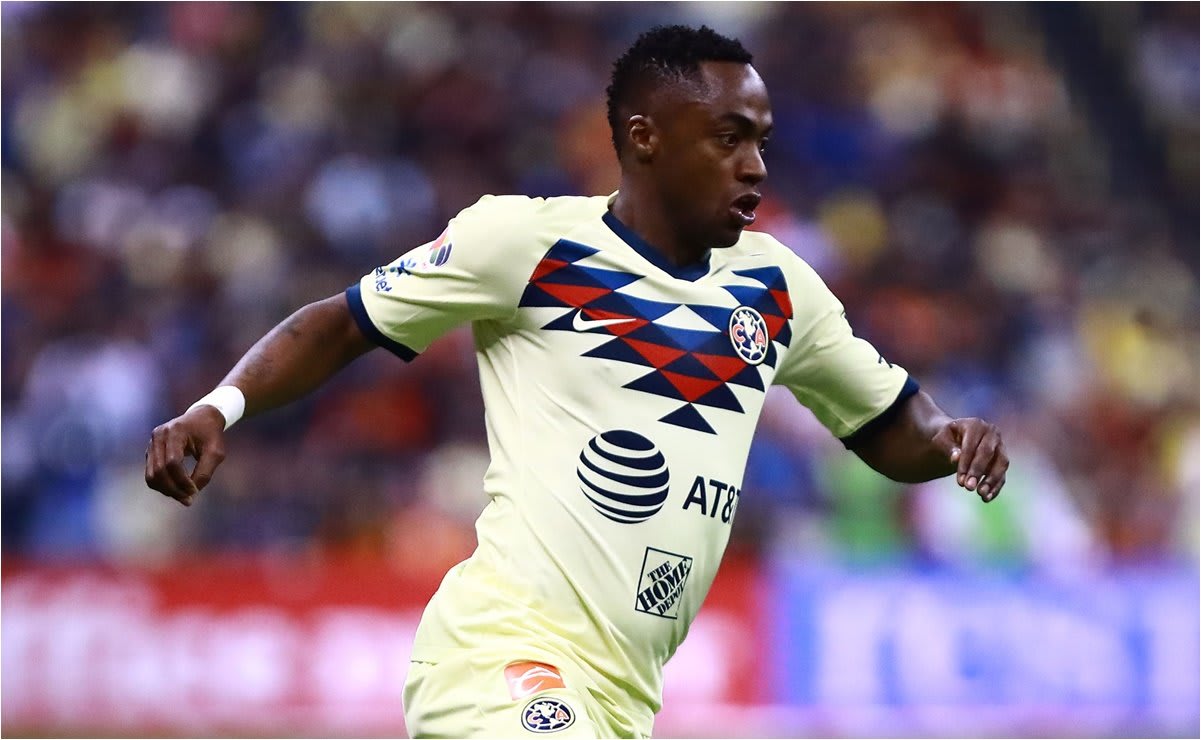 Renato Ibarra beat his pregnant wife 17 months ago, he even stepped on jail, but an extra-judicial arrangement allowed him to regain his freedom.

Since then, the Ecuadorian soccer player was separated from America, since this type of indiscipline has no place in the club, as stipulated by the internal regulations.

Renato Ibarra has, however, another opportunity with the Eagles

Renato took psychological therapy, as well as a course on family violence, so the azulcremas decided to reinstate him to the squad, since the footballer has done his part in the process.

And it is that, the azulcrema team will lose for the remainder of the contest to the Argentine midfielder Leo Suárez, due to an ankle injury.

Leo Suárez’s injury opened the door for Renato, who was on loan with Atlas

This opened the door for Renato to be taken into account by the Americanist directive, despite the fact that they tried to accommodate the player on another team.

In fact, in the previous tournament, the Ecuadorian played with Atlas, but his high salary prevented him from remaining at the Guadalajara club.

In social networks, fans criticized the incorporation of Ibarra, since at the time he had to step on the prison, for the crime of attempted abortion and femicide.

But Renato’s then-partner, LucelyChalá, granted him forgiveness, for which Renato was released.

Solari changed his mind about Ibarra

A few weeks ago, Santiago Solari, strategist for Las Águilas, mentioned that the South American did not enter into the team’s plans, although he confessed that having a player of his qualities was good for the institution.

It is likely that on Day 6 of the Grita México Apertura 2021 Tournament, against Tijuana, Ibarra will be available, to mark his official return to the Coapa team.