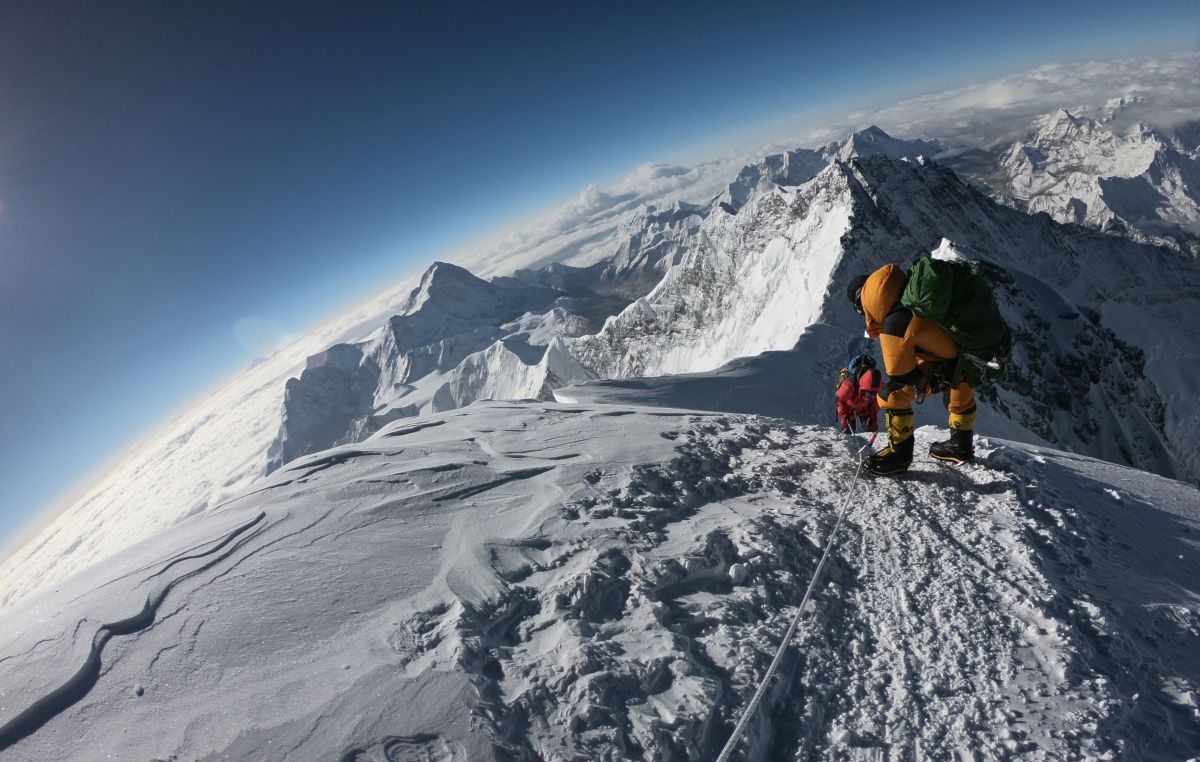 The renowned American mountaineer Hilaree Nelson disappeared on Monday while skiing with her partner on Manaslu, the eighth highest mountain in the world, located in Nepal, according to the authorities of that country.

The athlete was returning to base camp after having achieved “a successful summit” in the company of her partner and compatriot Jim Morrison. While skiing down, she fell from the top of the mountain, according to the director of the Shangrila expedition company, Jeevan Ghimire, to the EFE news agency.

Bigyan Koirala, an official of the Government of Nepal, confirmed that Hilaree Nelson fell through a crevasse and disappeared. He also added that a helicopter would begin search efforts on Tuesday from the place where it is presumed that she fell. But the rescue operations are hampered by bad weather, sources said. The duo was part of the ski expedition managed by Shangri-La Nepal Treks.

The American became the first woman to reach the summit of two of the world’s highest mountains, Everest and Lhotse, within 24 hours in May 2012. Born in Seattle, USA, Hilaree was listed as a courageous athlete by National Geographic in 2018. In 2005, she skied from the peak of Choyu Himal.

Subsequently, the 49-year-old returned to Lhotse in 2018 to ski from the summit. That year she was named captain of the team of athletes of the U.S. firm The North Face. She also holds the record for skiing down from the peaks of two mountains above 8000 meters.

The tragic disappearance of Nelson and her partner coincides with a major avalanche that occurred on Manaslu’s Camp III and IV, in which at least one mountain guide lost his life and 13 others were injured.

“Four climbing guides have sustained serious injuries,” while “nine others sustained minor injuries,” Koirala reported. The avalanche occurred as workers were transporting goods from one camp to another.

According to the local news portal NagarikNetwork, Purnima Shrestha, a climber who reached Manaslu, said, “It snowed a lot yesterday. I couldn’t climb too, I had to sleep in Camp 3 for three days and come back.” He added that there is a problem for the climbers because there is a lot of snow and landslides, and the roads are buried. Manaslu, also known as Killer Mountain, is 8,163 meters high. This is the prime season for Manaslu mountain climbing.

This year, Nepalese authorities have authorized a record 404 permits to climb Manaslu, one of the most dangerous mountains, not so much because of the demands of the climb but because of the risk of avalanches.