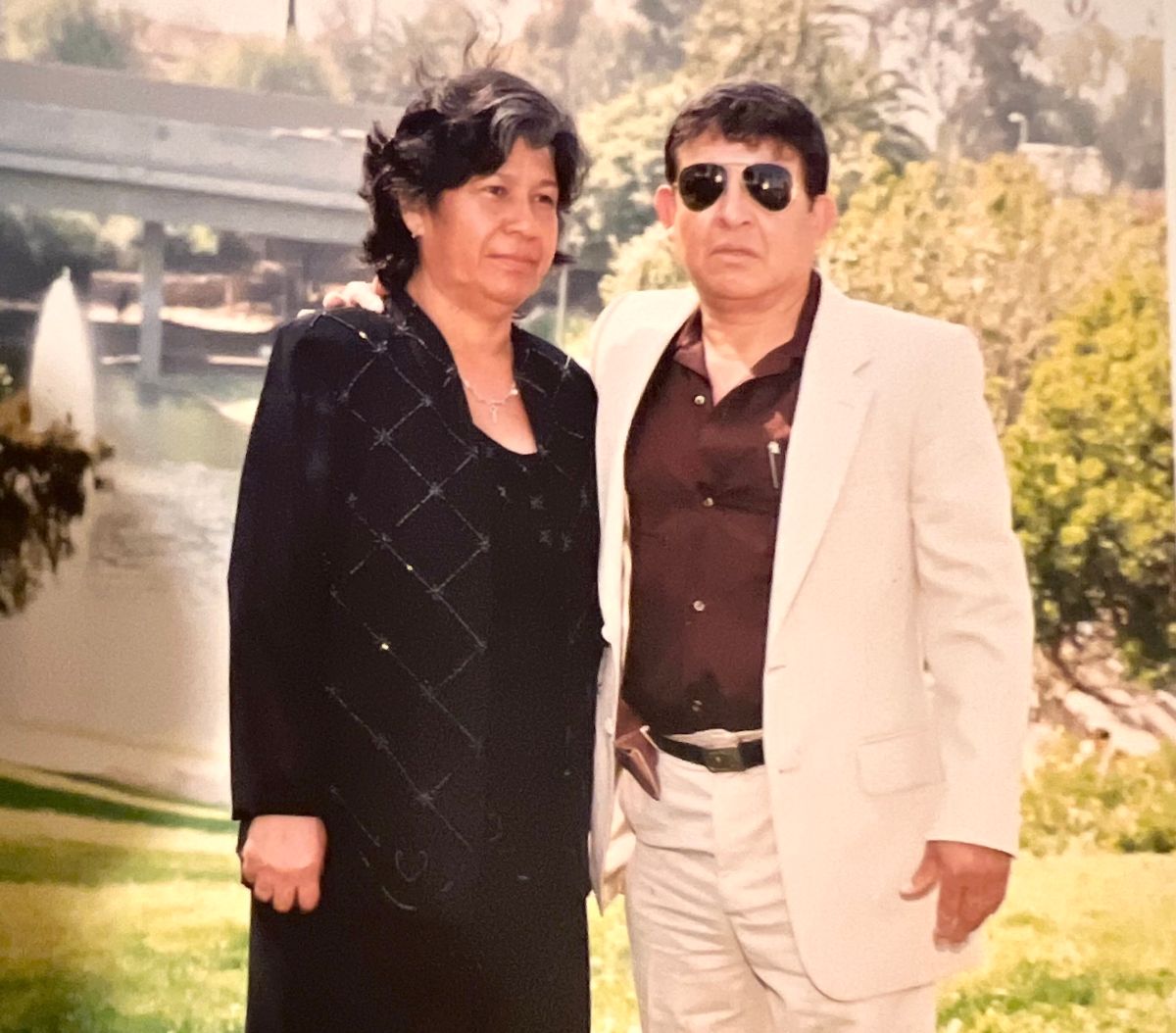 On February 6, the covid-19 pandemic took the life of Raúl Perales, a renowned union leader who stood out in his fight against wage theft from janitors. This is how he joined the tragic list of the more than 30,000 Angelenos who have died from the coronavirus.

Unfortunately, he did not want to be vaccinated against covid. He argued that the vaccine was a government scam. In the last days of his life, Raúl recognized his mistake, but it was already too late.

Today his family, friends and janitors cry disconsolate for his departure; and they invite you to cooperate for his funeral expenses on the GoFundMe site: “Fundraising celebrating the life of Raúl P”.

“My dad was born in 1954 in El Salvador. He came to the United States in the 90s, following my mother María Magnolia Ramón Aguirre. They had met in Mexico”, remembers Mariana Rodríguez Ramón.

Maria, Mariana’s mother, was a widow when she met Raúl, who loved her children as his own.

It is Mariana who narrates how the last weeks of life were for the person who for her has been the only father she has ever known because her father died when she was 2 years old.

“He got sick on December 31, 2021. It started with a sore throat and he was very hoarse. It was not until January 12 that it was confirmed that he was covid, after we took him to the hospital because he could not breathe well and felt very bad.”.

He was in the hospital for only one day, and was sent home with an oxygen tank and a prescription for steroids.

“My dad didn’t want to be in the hospital,” he says.

Raúl began to improve and was apparently fine for two weeks. His oxygen level went up from 85 to 98.

However, in the early hours of February 4, her pulse stopped completely and her daughter had to give her first aid.

“It was like a relapse. The pneumonia that he got as a result of covid caused water to enter his lungs.”

Ramón was taken to the emergency hospital, where two days later he died, surrounded by the love of his loved ones.

“He was aware of what was happening and we were able to say goodbye. The doctors told us to accept reality. My dad wasn’t going to get any better.”

Mariana has no doubt that if her father had been vaccinated, he would be alive today.

“He didn’t think he could get sick. He said that the vaccine was like a government scam. When she saw herself with the oxygen tank, depending 24 hours on that breathing apparatus, she already wanted to be vaccinated”.

She got covid while being vaccinated with both vaccines. “She hit me hard, and it took me three weeks to a month to feel 100%.”

After the painful experience of seeing his father leave, he asked everyone to get vaccinated against covid.

Through tears, María Magnolia, Raúl’s wife, remembers her partner as a cheerful and kind being, who always wanted to help everyone.

“At Christmas and Thanksgiving I brought food to the homeless.”

In El Salvador he graduated as a chemical engineer. In Mexico he worked for 10 years at PEMEX, the Mexican government’s oil company. They met in Villahermosa, Tabasco.

“He was a very hard-working man, a fighter, an example. Like him, none! He was the best father, the best husband and the best grandfather.”, says sadly who was his wife of 31 years.

In this country, after working as a janitor, he joined the union in 1992. He joined the Maintenance Cooperation Trust (MCTF) and opened offices in Orange County, San Jose, Oakland and Sacramento.

Yardenna Aaron, executive director of the MCTF, a non-union janitorial rights watchdog, described Raul as a pioneer, a winner, a teacher and a leader.

“He was a specialist in investigating wage theft and violations of the rights of janitors. And he never said no to work to help them. Wherever we asked him to go, he went in search of justice.”

Aaron said Raul’s unexpected departure is “a huge loss for us and the union.”

For 17 years he helped win millions of stolen wages from non-union janitors, helped educate them on their rights such as injury cases, unsafe working conditions, and most of all find their voice.

A GoFundMe page has been created to cover his funeral expenses.

The GoFundMe organizer says, “He touched every ranch from San Ysidro to Yuba, California, talking to thousands of janitor They didn’t have a union. Raúl shed light on their rights and how to defend themselves in an exploitative industry.”

The Department of Public Health reported on February 16 that Los Angeles County exceeded the figure of 30,000 residents killed by covid, since the pandemic began.

Raúl’s wake will take place on Tuesday, February 22, from 3:00 pm to 8:00 pm at the Mortuary Chapel located at 6351 Seville Avenue in the city of Huntington Park, California.