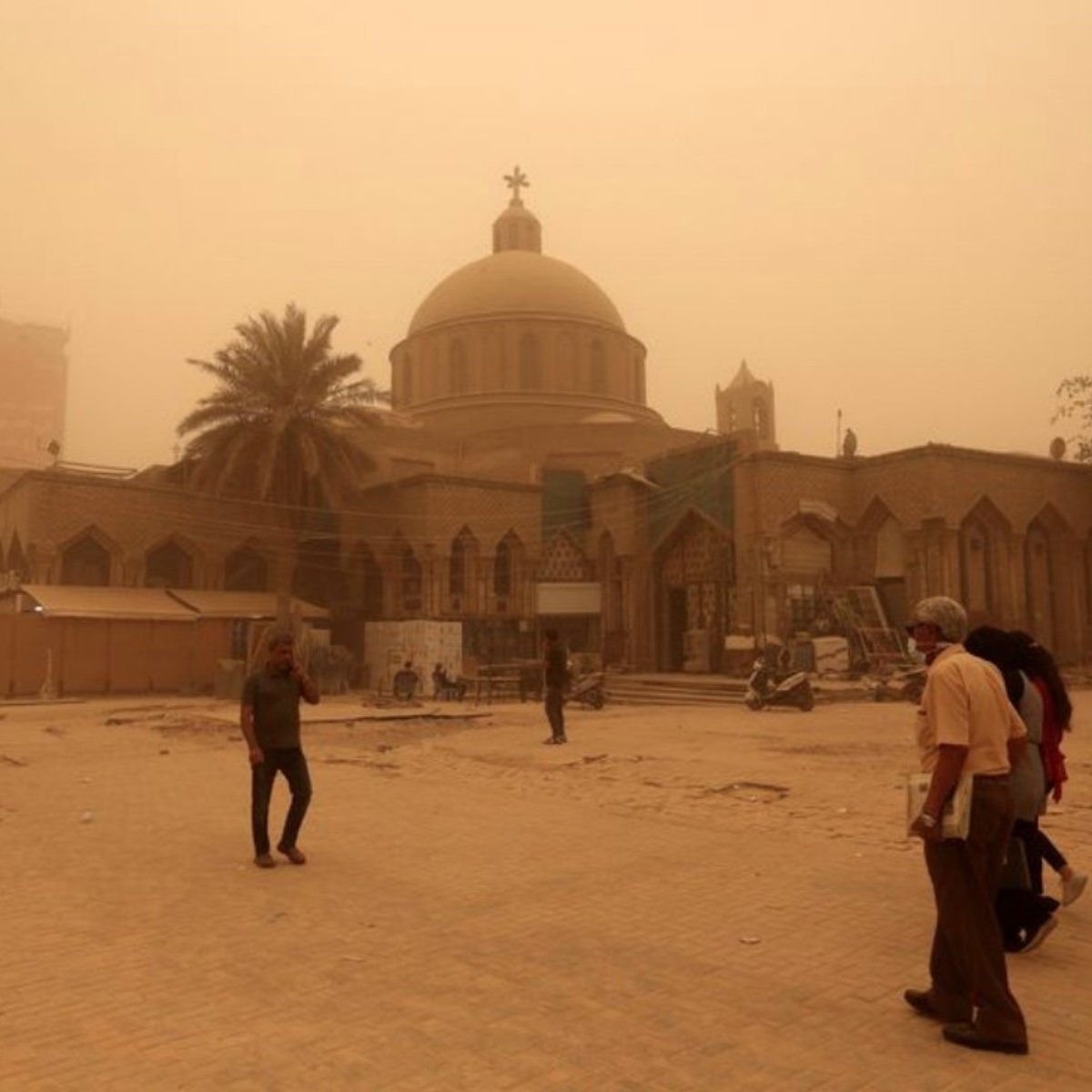 the last strong sandstorm that hit Iraq forced the closure of some schools and offices, while flights were also suspended in the airport from Baghdad.

The Ministry of Education and other agencies declared Monday a day off for local government institutions, with the exception of health services. According to medical officials, hundreds of people in Baghdad and southern cities went to hospitals with breathing difficulties.

People do not leave their homes

���� #Iraq | #Iraq | A massive sandstorm has blanketed the country, turning the sky orange and sending thousands of people to hospital with respiratory problems.pic.twitter.com/7ab3F92cLf

The latest earlier this month led to the death of one person, while another 5,000 had to be hospitalized for respiratory problems.

“It’s every three or four days now,” said taxi driver Ahmed Zaman, 23. “Clearly it is the result of climate change and the lack of rain, whenever there is wind it raises dust and sand.”

In Baghdad and cities in southern Iraq, a red haze of dust and sand reduced visibility to a few hundred feet.

“We have had 75 cases of people with respiratory problems,” said Ihsan Mawlood, an accident and emergency doctor at a Baghdad hospital. “We are treating patients with oxygen machines if necessary.”

Authorities in seven of Iraq’s 18 provinces, including Baghdad, ordered government offices closed. Iraq is the fifth most vulnerable country in the world to the climate crisis, according to the United Nations.

Iraq is prone to seasonal sandstorms, but experts and officials are raising alarm about their frequency in recent years, which they say is exacerbated by record rainfall, desertification and climate change.

The World Bank has warned that Iraq could suffer a 20 percent drop in water resources by 2050.