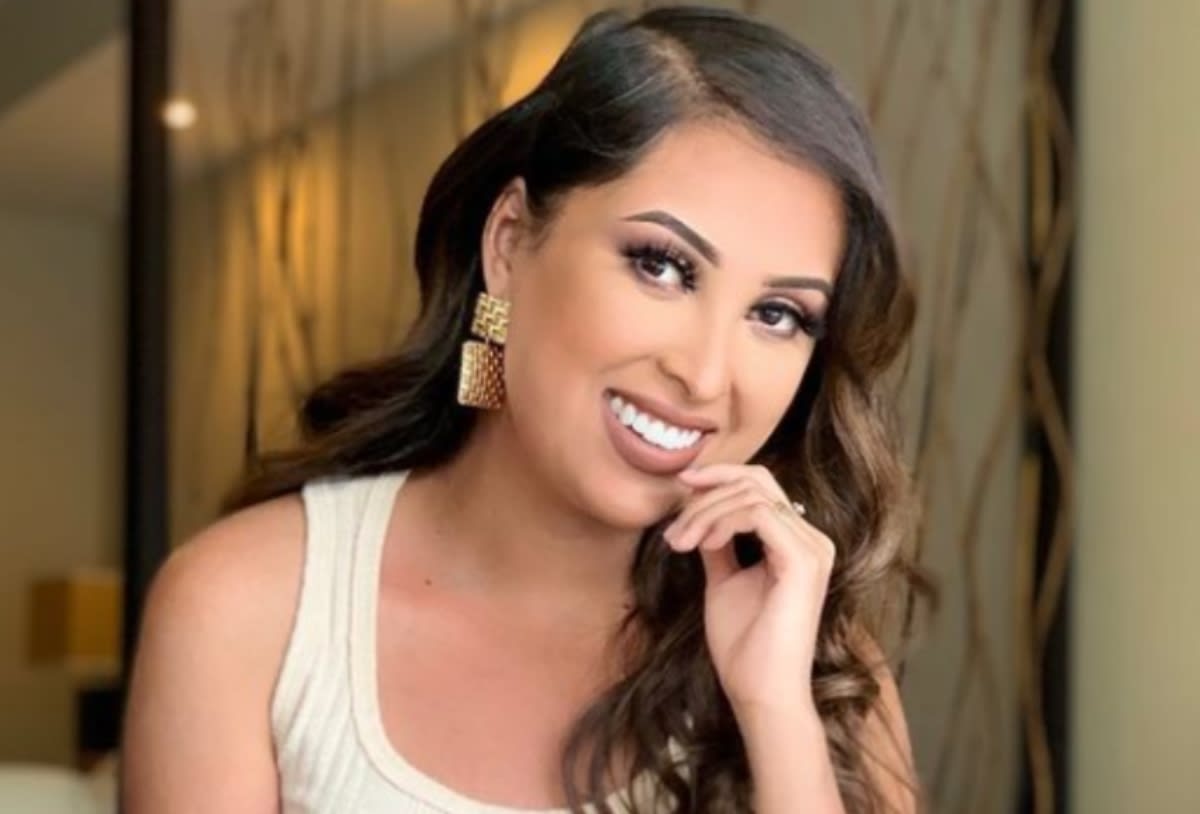 “She died on the outskirts of this clinic, I attended her because the paramedics took half an hour to arrive.” The doctor who treated the former contestant of the program Falling in love USA, Daniela Rodríguez, told how the last minutes of the life of the 29-year-old were in addition to informing that she died of a cardiorespiratory arrest outside a beauty clinic.

It was on August 25 when the unfortunate death of the contestant of the program of Falling in love USA, Daniela Rodríguez at the age of 29, just when she was in her native country, Mexico, outside a beauty clinic, where she was with her mother and her husband Darwin, with whom she had barely been married for four months.

The death of Daniela Rodríguez

At that time, it was reported that Daniela Rodríguez did not have any disease and no cosmetic procedure had been performed either. According to reports, at the time of death the young woman was in very good condition, only that from one moment to the next she began to feel bad.

When leaving consultation, the young woman began to feel quite bad. They quickly assisted her, taking care of her health and helping her with her discomfort. Unfortunately, the young woman did not survive and ended up dying in that beauty clinic, where she only went for a medical opinion without waiting for her death.

“She was in perfect condition”; doctor who treated Daniela Rodríguez tells about his last minutes of life

After this, the doctor who treated her told the chain of Univision that he assisted her because the paramedics would take up to half an hour to arrive and reported how the last minutes that former contestant Daniela Rodríguez had were like, before she died abruptly outside the beauty clinic.

Through the portal of Univision Famosos, Dr. David Poletti related how the last minutes of Daniela’s life were, informing that she was in perfect condition when she left the clinic, and that she had even treated her husband and that everything had gone naturally.

“He came to meet his family”; doctor who treated Daniela Rodríguez tells about his last minutes of life

In the audio, Dr. Poletti commented: “She came to consult with her husband, they were treated both, their prescriptions were indicated, and that from New York they would send me by email what was needed, they came from Pedregoso , Zacatecas, because the man came to meet his family and they had little that they had married ”.

Subsequently, the doctor reported that Daniela Rodríguez had attended a dermatological consultation to review a hair loss issue, a problem that she had already had for several months because she used different chemicals and painted her hair a lot, something that could have affected her strongly. on your scalp.

I had hair problems; doctor who treated Daniela Rodríguez tells about his last minutes of life

Given this, the doctor, who recounted the last minutes of Daniela Rodríguez’s life, reported the following: “Since she was several months old, she used many wigs, dyed her hair, has a mixed problem in her hair, the record of his medical history had something pending since he was 19 years old ”, commented David Poletti.

After this visit, it was around 3:30 in the afternoon when the former participant of Enamorándonos USA suffered a cardiorespiratory arrest, and that, according to the doctor, the paramedics took more than half an hour to reach the place where Dani was, without imagine that it would be fatal for the 29-year-old.

“She had no diagnosis”; doctor who treated Daniela Rodríguez tells about his last minutes of life

And despite the fact that many may think that something happened inside the clinic, Dr. David Poletti reported that Daniela Rodríguez had not undergone any procedure at the site, she had only gone to a check-up and it was all: “Here he tells us The note is very clear that the patient did not take any procedure, or any medication, only the clinical review was done ”.

After these words, the doctor who reported how Dani’s last minutes were before he died commented the following: “Coincidentally, the lady died in the eye of her grandmother, a companion and her husband,” after which the doctor reported that he He approached to be able to help Daniela Rodríguez and give her first aid: “I took care of myself for five minutes and it was a cardiorespiratory arrest”.

“I attended her out of pity”; doctor who treated Daniela Rodríguez tells about his last minutes of life

Dr. David Poletti reported that he helped her in a humanitarian way, because they had told him that the paramedics would take up to half an hour to arrive: humanity ”, he concluded after recounting the last minutes of Daniela Rodríguez’s life.

These last words were not very well received by the followers of the portal of Univision, since they argued that no doctor should speak that way of a patient: “That doctor does not have any feelings or ethics”, “what kind of doctor expresses himself that way, what a pity, what is that?” “What lack of respect does that doctor have”, “what kind of doctor is that, being a doctor is not a business, it is a profession”. VIDEO HERE

Rafael Araneda devastated after the death of Daniela Rodríguez, former participant of Enamorándonos

After the sensitive death of Daniela Rodríguez, former participant of Enamorándonos, was reported, Chilean host Rafael Araneda, host of this famous Univision program, shared an emotional message on social networks. Filed under: Doctor who treated Daniela Rodríguez tells how her last minutes of life were

Accompanied by Ana Patricia Gámez, who also expressed her condolences on her Instagram account, as well as Daniela and her husband, Darwin Cipion, Rafa shared a photo of the day the couple joined their lives without imagining the sad end they would have months later .

“I am still shocked and very anguished”

“Today I woke up to the sad news that Daniela Rodríguez had died suddenly. I continue to be shocked and very anguished for her husband, Darwin Cipion, and for all the loved ones of this beautiful couple, “wrote Rafael Araneda. Filed under: Doctor who treated Daniela Rodríguez tells about her last minutes of life.

Also, the Chilean conductor confessed that Daniela and Darwin showed from the first chapter of Enamorándonos USA that love at first sight does exist, in addition to the fact that geographical distances would not be an impediment to strengthen their relationship and form a family, like the one that made four months had begun.

“What a great fragility … what a profound sadness

After leaving a dermatological clinic, where she was accompanied by her husband, Daniela Rodríguez died of a cardiorespiratory arrest. It was known that for several years she had suffered from heart problems, but apparently, the young woman did not follow up. Filed under: Doctor who treated Daniela Rodríguez tells how her last minutes of life were

In another part of his message, Rafael Araneda said that just one day before the death of the former participant of Enamorándonos, the couple had been married for 4 months: “What a great fragility… what a profound sadness. My condolences and my prayers for all those who suffer the unexpected departure of Daniela, and especially for the love of her life… Darwin ”.

They accompany Rafael Araneda in his pain

It did not take long for followers of the host of the program Enamorándonos to express their condolences after the death of Daniela Rodríguez: “That couple was the perfect reference that love surpasses everything! And until the end they showed that it is so. My soul hurts. Force their relatives ”.

“What a great sadness, I have been in shock, it has even given me a chill, a deep sadness as if she had been my family, what a great sorrow, Lord, that God has her in his holy bosom and that God has her for me. bless ”, commented another user. Filed under: Doctor who treated Daniela Rodríguez tells how her last minutes of life were