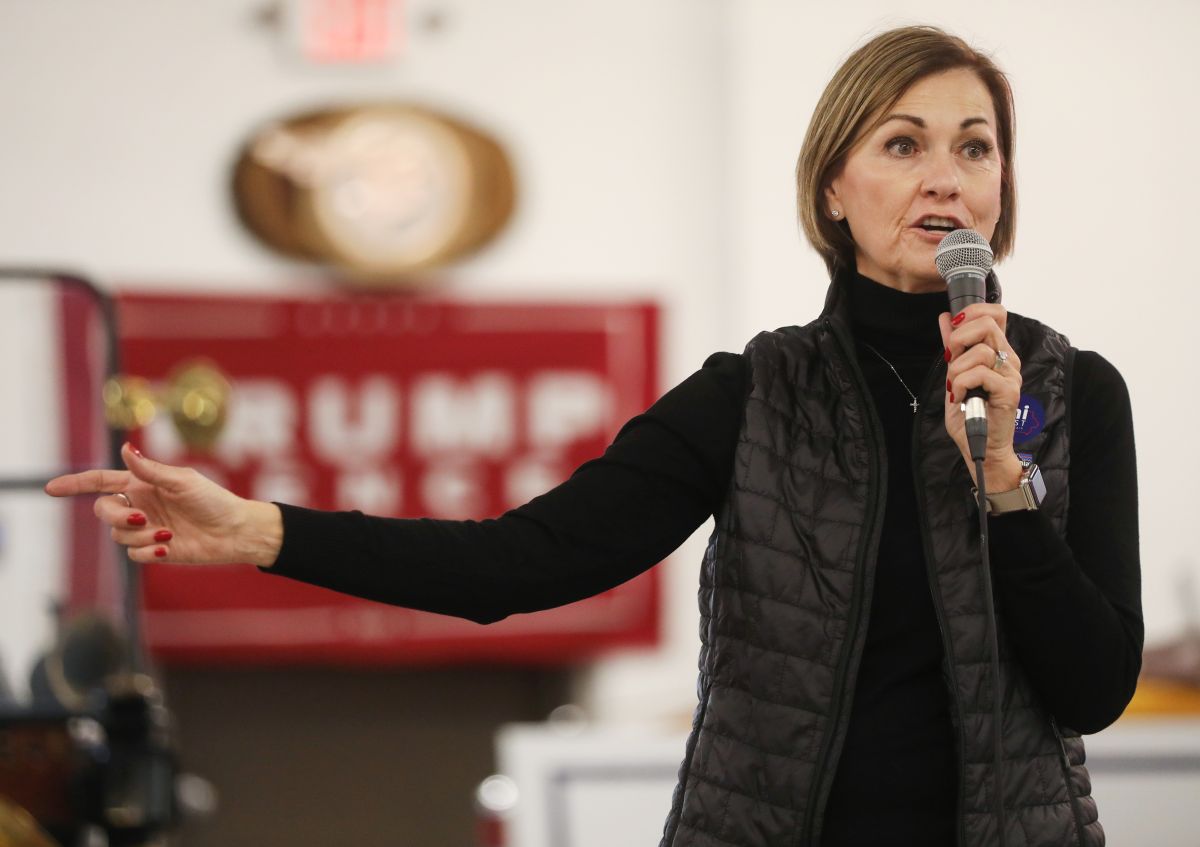 WASHINGTON – The Republicans they accused President Joe Biden of having returned the country in the late 70s or early 80s of the last centuryin his response to the president’s State of the Union address.

The Governor of Iowa, Republican Kim Reynolds, offered her reply to the President’s speech from Des Moines, the capital of her state, from where painted a bleak picture of the country under Biden.

Reynolds indicated that, under the Administration of the Democratic president, the United States has returned to moments “when runaway inflation hit families, the wave of violent crimes crushed our cities and the Soviet Army tried to redraw the world map.”

The governor stressed that “the disastrous withdrawal from Afghanistan”, that culminated at the end of last August, “involved more than the cost of American lives, betrayed allies and encouraged enemies,” but did not mention that it was Biden’s predecessor, Republican Donald Trump, who agreed to that withdrawal with the taliban

Reynolds recalled that Russia has launched a military invasion of Ukraine, “an attack on democracy, freedom and the rule of law.”

In his opinion, “the president’s focus on international politics has been too little, too late” and considered that the US cannot project strength abroad if it is weak at home.

Reynolds lashed out at Biden for the high inflation plaguing the country and pointed out that the president believes that it is “an upper class problem”, when in fact “it is a problem of the whole world”.

The governor complained that Biden and Democrats in Congress have spent the last year “ignoring the problems facing Americans or making them worse.”

“They were warned that spending trillions (of dollars) would lead to rising inflation,” lamented Reynolds in reference to the stimulus plan approved last March and the infrastructure plan which received approval from Congress in November.

The Republicans also criticized the president for his management of the coronavirus pandemic and for this they used populism and they mixed covid-19 with immigration.

“The Biden Administration requires vaccinations from Americans who want to go to work or protect this country, but not from migrants who cross the border illegally,” Reynolds said, adding that the Justice Department “treats parents like domestic terrorists.” ”, which it does not do with thieves.

At this point, he expressed their support for parents who have been against restrictions in schools and the use of measures to prevent the spread of covidsuch as wearing masks in classrooms.

“What has happened and continues to happen to our children in the last two years is inadmissible. Learning loss, isolation, anxiety, depression… ”, she listed.

He stressed that Republicans believe “parents matter.” “It was true before the pandemic and it has never been more important to say it out loud, parents matter,” Reynolds said, using the same play on words as the “Black Liver Matter” movement.

– State of the Union: Biden blamed Putin for attack on Ukraine and pushed his domestic agenda

– Russia and Ukraine: the reasons of the United States and NATO for not sending troops to Kiev