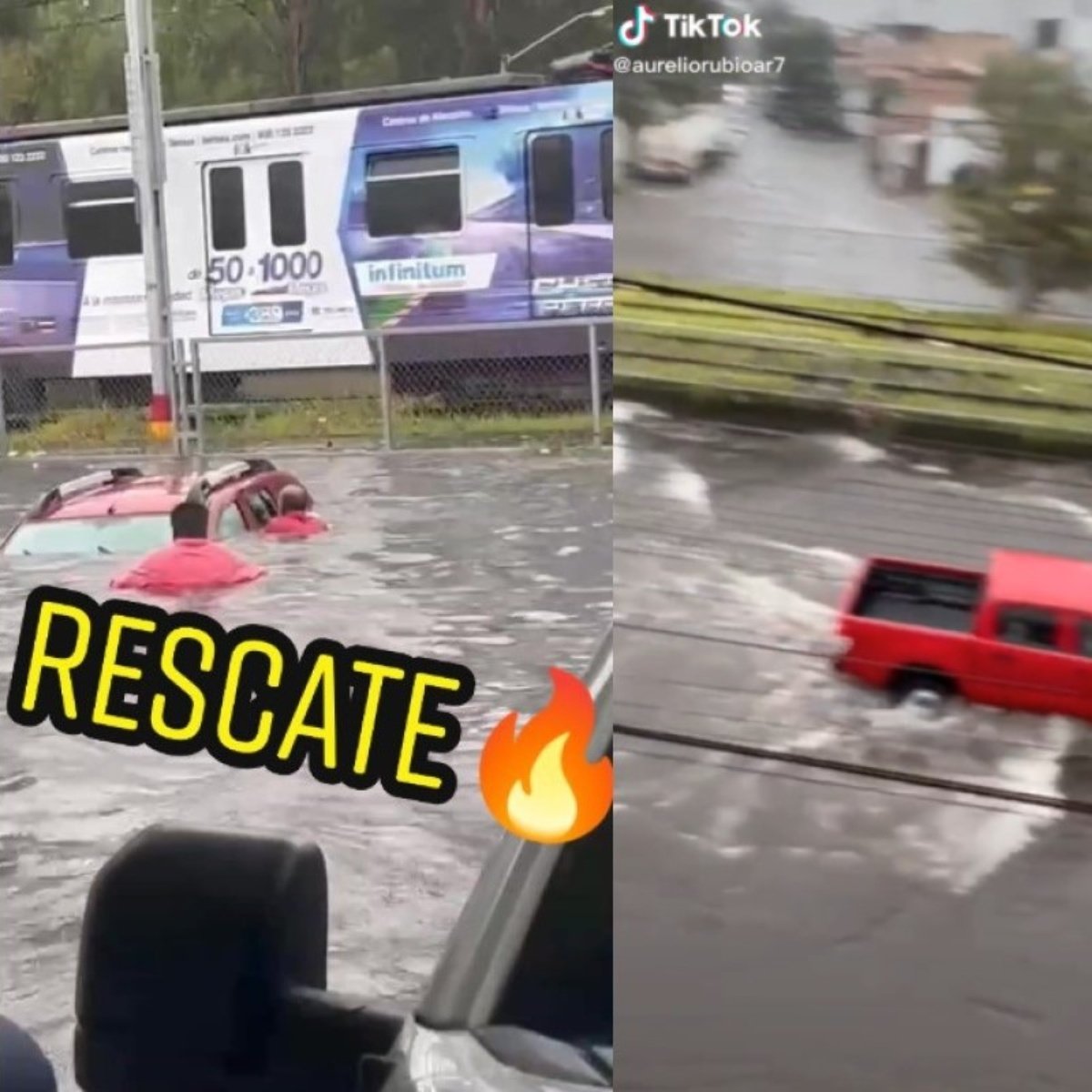 The grandpa rescue happened in Guadalajara, Jalisco has gone viral due to the intensity of the moment.

It turns out that older adults were trapped along with their pet in the middle of a flood in the streets of Guadalajara.

A TikTok user passing by began recording the battle that took place to rescue the couplelater uploaded it on the platform and the story of the grandparents and their pet is already viral.

On Wednesday the rains caused flooding in several areas of Guadalajaraamong these the Jardines de la Cruz neighborhood, in Guadalajara, Jalisco, which caused several inconveniences.

One of the most desperate was the one spread by the TikTok user @aureliorubioar7, where an older couple and their pet are seen being trapped inside a red car which was stranded in the middle of a flood on Avenida Colón and Isla Pantenaria. .

It may interest you: They rescue a woman and children trapped in a flood in Xochimilco

Seniors get trapped in their car

The video shows that people in a lower area of ​​the flood apparently used a chain to try to get the car out of the water, but they were unsuccessful.

And it is that the water level rose rapidly so that the car doors were completely blocked.

In another part of the video a man is seen breaking a window with a sledgehammer and saves the pet and immediately the rescue of grandparents began, where they first help the woman to get out and at the end of the video it was possible to see that the elderly couple and their pet were safe and sound.