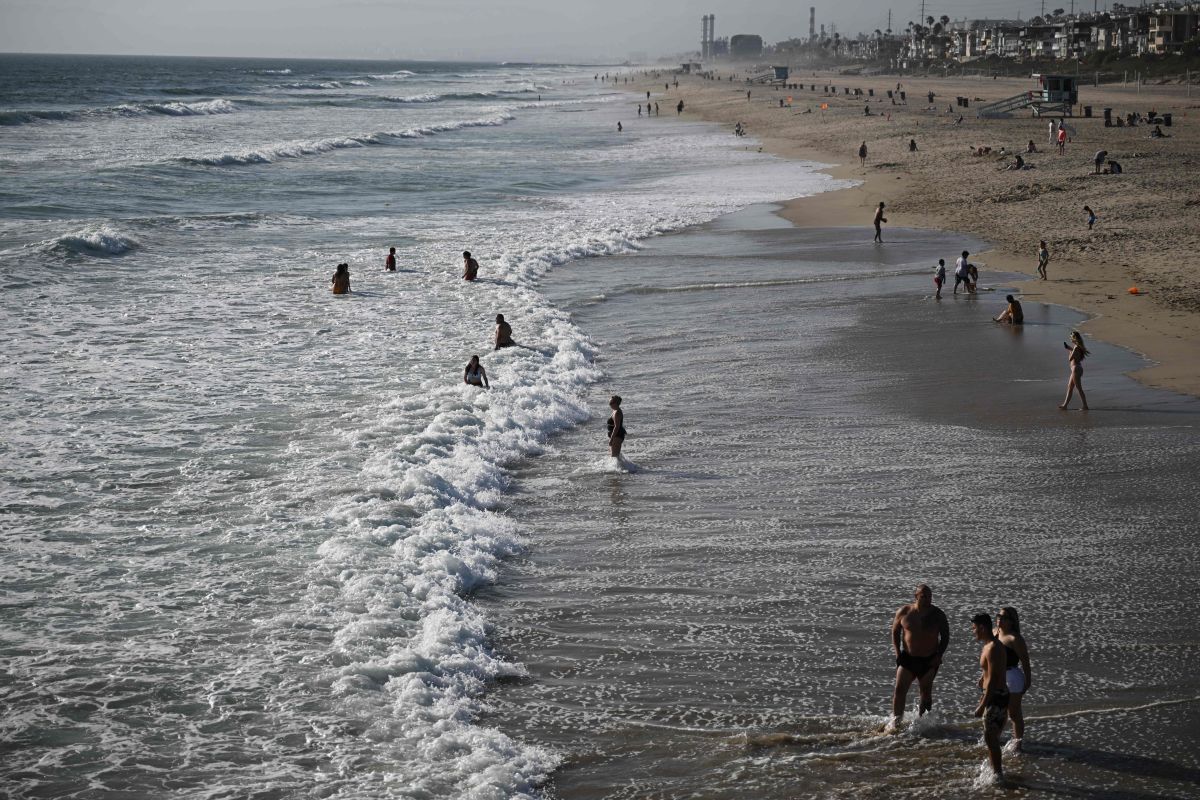 With the arrival of summer and an unprecedented heat wave, visiting the beaches to take a dip seems mandatory, but before you do, take into account the latest Heal the Bay report on the quality of the water in some centers California tourist.

This group of US environmental activists based in Santa Monica, published an annual report of the dirtiest beaches, and some Southern California beaches made the list.

Los Angeles County had three beaches on the environmental group’s Beach Bummer List of the 10 most polluted beaches in the entire state. In third place was the Santa Monica Pier, which returned to the list after falling off the list last year.

Two sections of Playa de la Madre in Marina del Rey also appear on the list of the dirtiest beaches. Heal the Bay says poor water has persisted on that beach since the report card began 30 years ago. Authorities say the beach is enclosed in the marina with little water circulation to remove any bacterial contamination.

The two most polluted beaches on the list are in the Bay Area’s San Mateo County.

A total of 51 beaches statewide made the Heal the Bay Honor Roll, indicating top-tier water quality ratings recorded throughout the year. Orange County led the way with 19 beaches in the cut, up from 10 last year. Los Angeles County had six beaches on the list, up from seven last year.

While most California beaches have good quality water for swimming, Tracy Quinn, president and CEO of Heal the Bay, noted that “there are areas with poor water quality that need improvement. and infrastructure upgrades. We cannot forget that our marine ecosystems are still threatened by the climate crisis and other sources of pollution.”

Heal the Bay officials said the polluted ocean water can pose a significant health risk to swimmers and surfers.

According to the group, people who enter poor-quality water are at increased risk of illnesses, such as gastroenteritis, ear infections, upper respiratory infections, and skin rashes.

Ranking of the most polluted beaches in California based on levels of harmful bacteria in the ocean. The 2021-2022 Beach Bummer List includes beaches in San Diego, San Mateo, Santa Barbara, Los Angeles, Humboldt and Santa Cruz counties, and for the first time a beach in Baja California, Mexico is on the list (this beach is monitored by San Diego County).