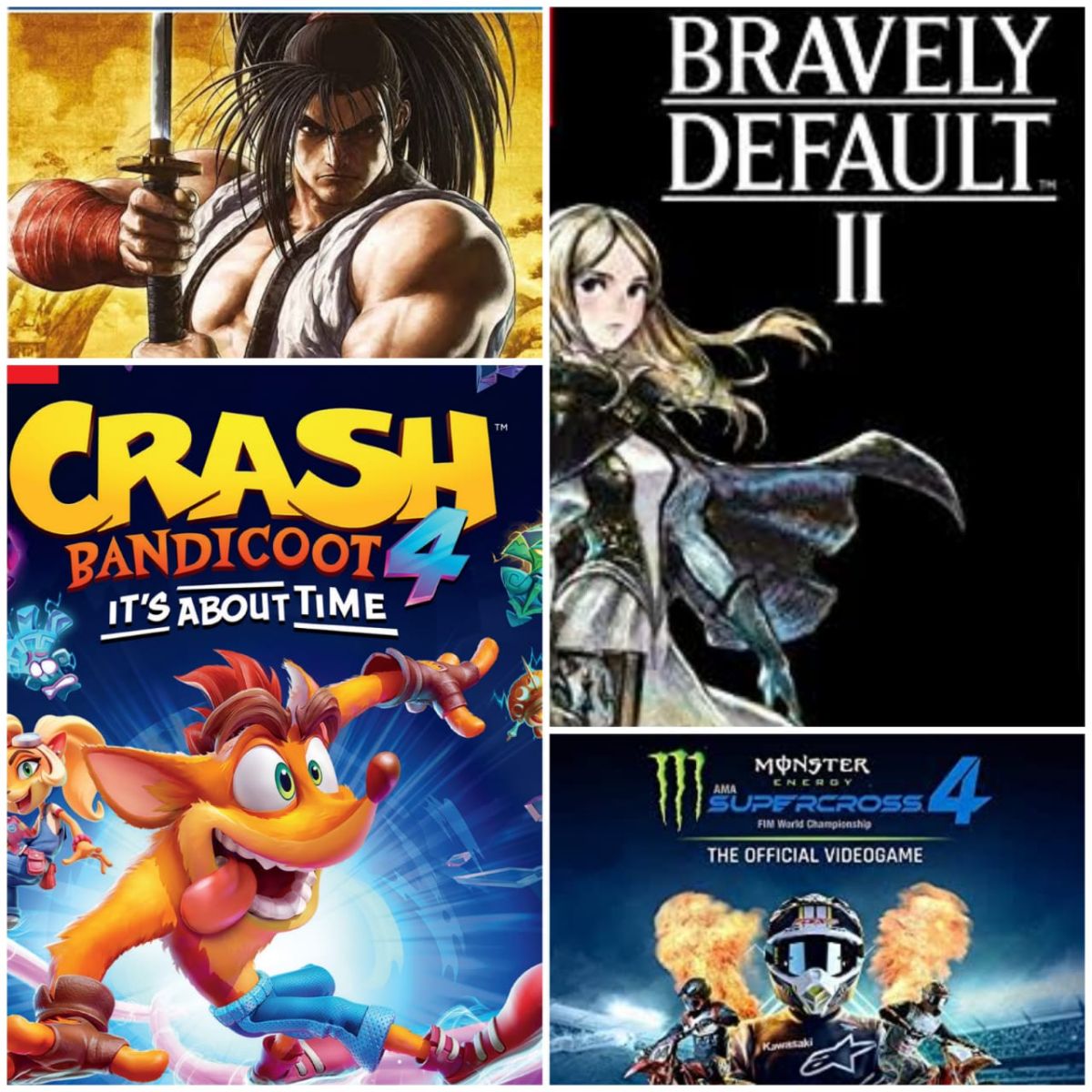 Bravely Default 2, Crash Bandicoot 4: It’s about time, Samurai Shodown Special Edition Y Monster Energy Supercross: The official Videogame 4 These are the titles we are talking about this week, they are the bests titles no matter which console video game have or what gender do you prefer, we will review you games for all tastes and with which you can spend hours of fun in your home.

It is an adventure RPG in the classic style with history Y characters endearing that lovers of this type of title will not want to spend a second taking advantage of the qualities of the Nintendo Switch, since you can play it at home or wherever you go.

Our mission will be to collect the four crystals lost with the help of the protagonist of the history who you can call whatever you want and with three other characters who will accompany us in the adventure.

In terms of graphics, it has a mix of 2D Y 3D in a colorful world, full of medieval elements very much in the style of the animation japanese, although childish it does not stop being cute.

The bad thing is that just as it looks pretty, it is outdated, since it seems like a game from the last generation, and for that reason we do not say that they are ugly, but it simply seems that they had developed it for another console and did not make an effort to make an adaptation for it Switch.

If you overlook that little detail it is a great opportunity to become a fan of the franchise that brings out the RPG classics and for which many of us became regulars. It is available only in Nintendo Switch.

The latest adventure of Crash It is now available for the new generation of consoles and for the Switch, where we can play it wherever we go.

It takes place at the end of the third title, with the villains who manage to escape from dimension where they were imprisoned.

This time we can use Crash already Coconut from the beginning and indistinctly, although throughout the adventure we will be able to occupy other characters. The powers now not only revolve around the mask that we all know because there are 4 new ones that will help us overcome obstacles.

The levels they are very fun but the amount of secrets that there are and how badly hidden they are subtract points, the same with the bosses of each one of them. But if you ignore these details we can say that it was worth the wait. We were able to play the version of Switch and the truth is better seen in the past generation, so we intuit that if you choose the one of PS5 and the Xbox series x, you can really enjoy the improvement graph.

This is the definitive edition of a fighting game in 2D developed by SNK with a wide variety of fighters that you can choose from and that will make you remember your time through the classic machines of video game, and if you are not one of those who lived through that glorious time, you can get an idea.

Unlike the version of the 2019, this time we have improvements graphics And do not worry because you will not have to make a double expense because in case you have acquired the one from then, you can update it to the version of the Xbox Series X / S without paying a single peso more.

One of the highlights of this title is that you can “end upWith your enemies with a final attack that reminds the fatalities of Mortal Kombat, yes, without being so violent, but no less interesting for that.

The battles are fast and you have to be aware that it is not only about pressing buttons as you can, but that it has a great complexity that will make you spend hours in front of the control. Definitely a play recommendable for all those who like fighting games.

It’s a game of careers of dirt bikes based on the official license of the World Supercross Championship FIM.

The motorcyclists and the designs of the tracks are based on those in real life and you can use a pilot that you design yourself, and in which you can even customize their racing equipment thanks to the infinite number of items that are available for you to tune them.

As for the game modes, they are also customizable Well, you can choose between the durations of the races that go between 5 and up to 30 minutes.

The only bad thing is that it can be frustratingAs the realism that the designers implemented reaches a point where it will be quite a journey to accomplish the missions.

If you like this extreme sport and you like the detail of its realism, you can give it a try, it is available in all PS4, One Y Pc.