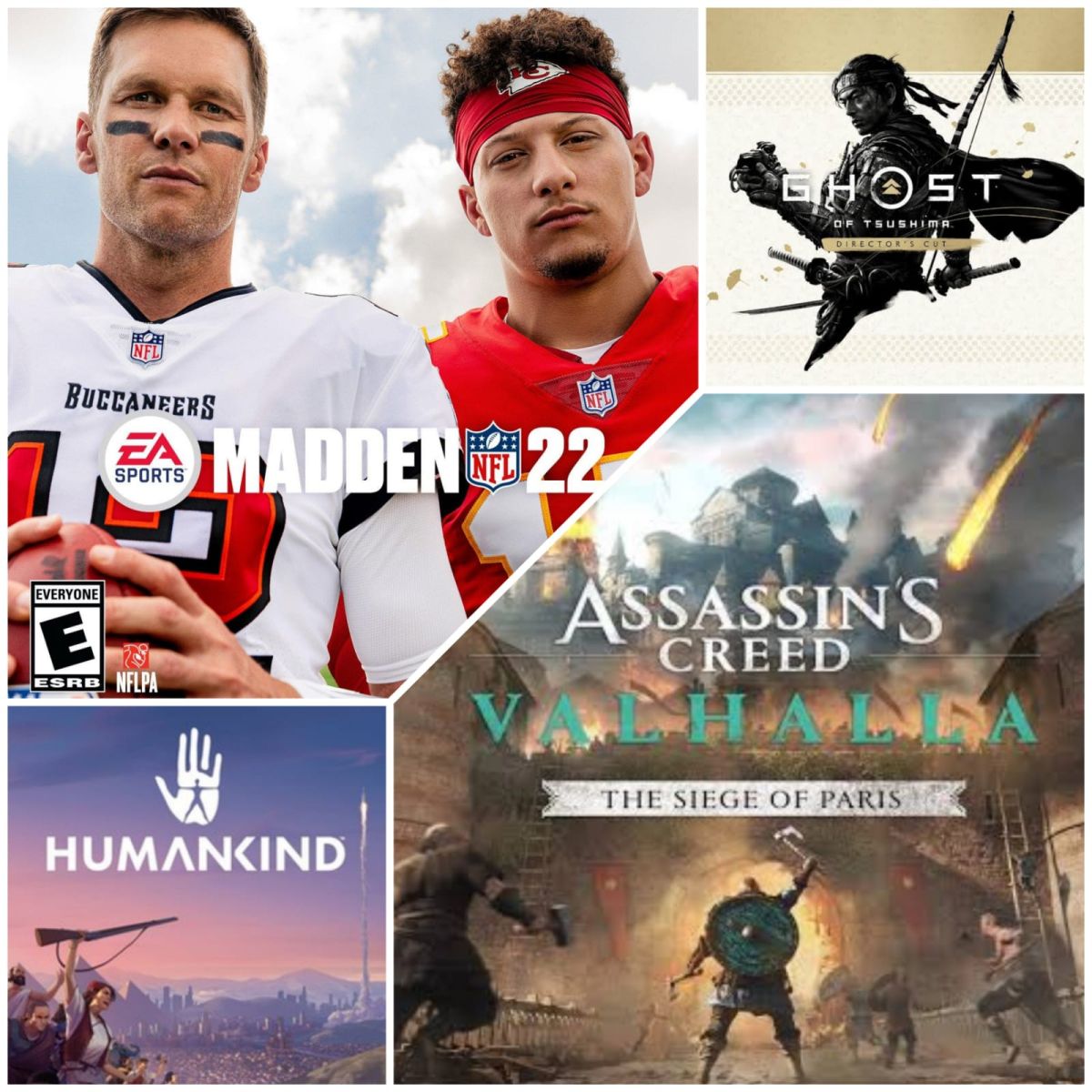 Madden NFL 22, Ghost of Tsushima Director’s Cut, Humankind and Assassin’s Creed Valhalla: The Siege of Paris they are the bests video game that you can enjoy these days, so no matter what genre you like, there is something for everyone and these reviews will undoubtedly make you make a better choice.

This year’s update is simply spectacular visually speaking, We are facing what the new generation of consoles has in store for us in this regard.

The realism makes you feel like you are actually there (of course it helps a lot if you have a 4K television). As for game play, it also had a update you sports lovers toughest in the world, they will love.

There are also many game modes that will make you spend hours in front of the control like the Franchise Mode, with which you can manage a team at your whim and which has several new features compared to the previous installment.

Ultimate team and The Yard, where you can play games of 6 vs 6 players. In both cases there were not many changes, but it is always fun to have more game options.

Without a doubt where the Super Bowl takes place, it is the way multiplayer where either local or online you can spend hours and hours challenging your friends.

In summary, we are facing one of the best updates of Madden In recent years, so if you are a regular player of the franchise, you cannot miss it, and in case you have never tried it and you like this sport, it is the ideal opportunity to enter this world. Available on Play Station and Xbox systems.

For those who have missed the version we saw the last generation, it is try one of the best action games open world, one of which graphically we could consider one of the most beautiful that now looks even better.

It has a huge map, in which it is always necessary to ride a horse to move faster. The story is interesting and the main character full of charisma. Battles are never boring thanks to the large number of moves available.

This version has the online mode cooperative Legends in addition to the expansion of the island of Iki. A region that you can access at the beginning of the second act and in which we will face other dangers while discovering things about the past of Jin and his father through visions.

Like the one we saw in PS4, you can spend hours and hours of entertainment, in a title that the only bad thing that sometimes has is that the missions are sometimes repetitive and the map is too big for what to do, but in summary now on PS5 it is a jewel that you cannot miss and that makes us look forward to a sequel.

It is a strategy game in which our objective is to create a civilization practically from scratch since we started in the Neolithic and in which for this, each of your decisions will influence how you do it, since you can choose between being a pacifist or a city hungry for conquest.

The game system is deep with touches attached to reality very well documented, and the best localized to Spanish.

As for the visual, it is one of the best features you will see, it shows that the developers put a lot of detail into itBecause when you zoom out the map it looks like you’re looking at a moving work of art, and when you zoom in, the characters look very well detailed.

If you like games of this type, this is one of the best available today and you must add it to your collection, and if on the contrary, you have never tried something like this, this is the best opportunity for you to become a fan of the genre. It is available on PC.

It is an expansion of one of the best games we enjoyed last year in which as novelties we have the infiltration mode in which we have certain objectives that we must assassinate, with multiple ways to complete these missions.

There are a number of new skills and mechanics, which together, extend the experience for more than ten hours.

In itself this expansion offers much more (with a new map) than we already liked in the game, But to be frank, the formula does not change anything And it doesn’t add much to the story, although if you liked what you enjoyed in the base title, The Siege of Paris is a good expansion.

In short this DLC will give you an excellent pretext to spend another time in front of the control in this one that is one of the best games available for this and the last generation of consoles.