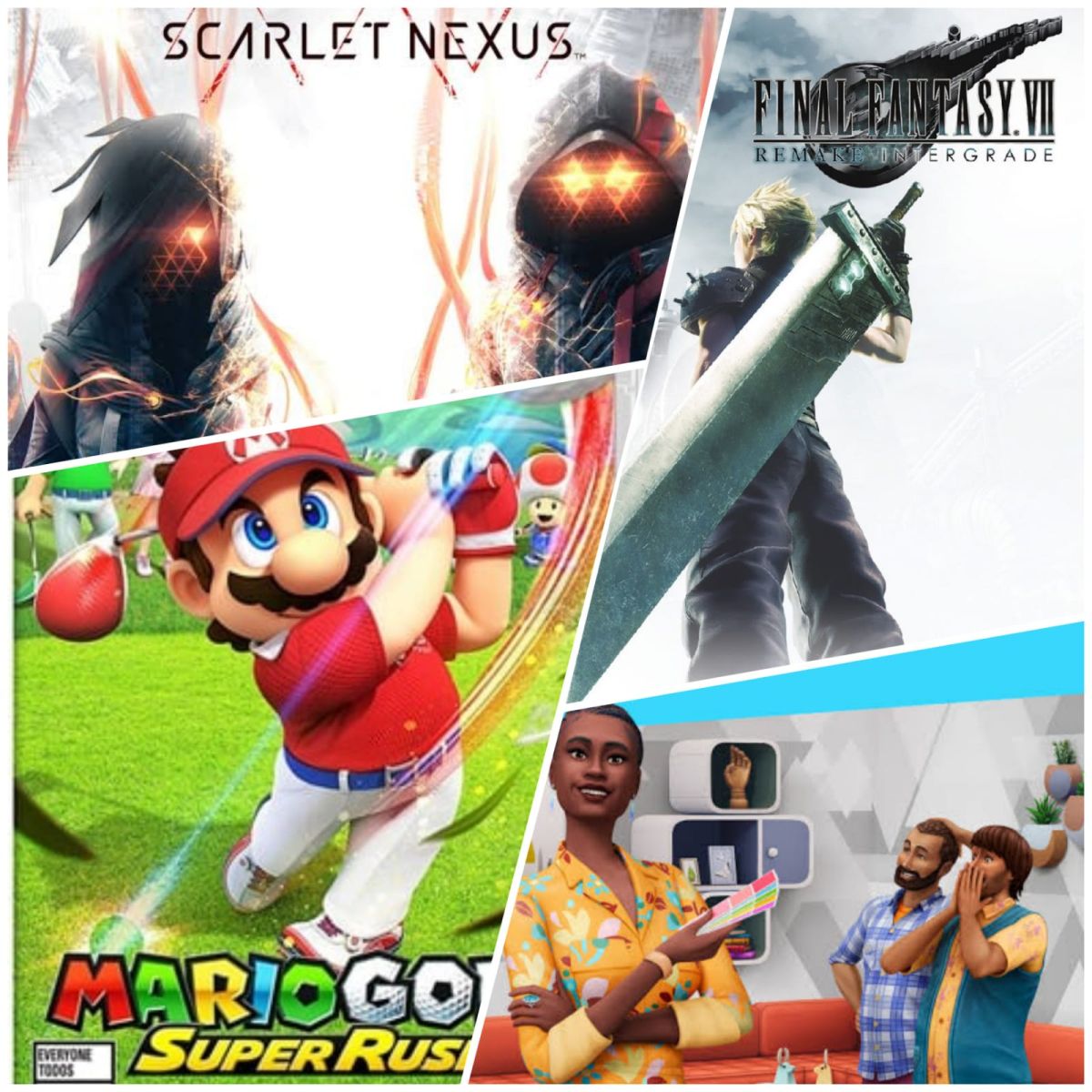 Mario Golf Super Rush, Final Fantasy VII Remake Intergrade, Scarlet Nexus and The Sims 4 Interior Design are the titles we are talking about this week, improve thems video game that no matter what console have or what genre you prefer, we will review you so if you are a fan we have something for all tastes and so you can make a good choice.

It is the most recent sporting adventure for Mario and his friends, this time in the world of Golf. As is customary, the main characteristic is that it is an arcade-type title in which there are powers and it is not so attached to reality, but more than being a point against it is something in favor because it is much more fun and easier to learn .

At the beginning, we will have to go through tutorials in the form of tests and challenges and then go to the story that has no other goal than to become the best golfer in the Mushroom Kingdom.

Among the game modes are Traditional Golf and Fast Golf, in that, the objective is to hit the ball at the same time and then run to the point where it has fallen, something that reminds Mario Kart, perhaps this is the most novel and fun.

In general, it is a title that needed to take more advantage of the scenarios as well as a little more variety in the game modes, but that is very fun and easy to enjoy wherever you go, available only on Switch.

One of the best RPG games of all history is finally available with better graphics than what we saw and feel like you are in the world of Cloud for real.

In addition to the story, it is endearing, the charismatic characters, the main villain, at the level of the most hated but at the same time loved in the entire history of entertainment, look better than ever, and also with a new episode starring Yuffie, Episode Intermission , which is only for Play Station 5.

If you have never had the opportunity to get into RPGs, this is one of the best options to do it, they are hours of fun that keep you glued to control.

Perhaps the only bad thing is that those of us who had the opportunity to play the original miss the turn-based battles, but the adaptation that was made to give more action undoubtedly conquers new players.

If you overlook the details with the controller, just like the Play Station 1 version over 20 years ago, you will love it so don’t hesitate to add it to your collection. It is available on PS5.

It is an action RPG game in which you can choose to play as Yuito Sumeragi or Kasane Randall, that is, we have the possibility to decide what part of the story we want to live, this around a deep narrative in which we will have to develop conscientiously to each of our characters.

The game play is in the same way deep and with infinite possibilities what to do to improve our skills and combos at the time of battles.

As for the visual and sound section, it is the best that there is currently because the audio makes you enter the adventure while the beauty of the graphics will make you enjoy everything that happens.

The only detail is that in the story you will find several clichés and that the dialogues are too long, even to be an RPG, but from there on out it is a title that promises to be a good franchise, if they find a good balance between the playable and the narrative, is available on One and PS4.

This update to The Sims features the new freelance interior decorator career, where Sims can remodel their clients’ homes, plus players can unleash their imaginations to renovate fresh furniture, appliances, and every corner of the room. home.

You even have the ability to show off newly decorated spaces and see how your customers react and create before and after comparisons to show the transformations you’ve made.

The Interior Design game pack is now available for PC and Mac through Origin and Steam, as well as for PlayStation 4 and Xbox One.