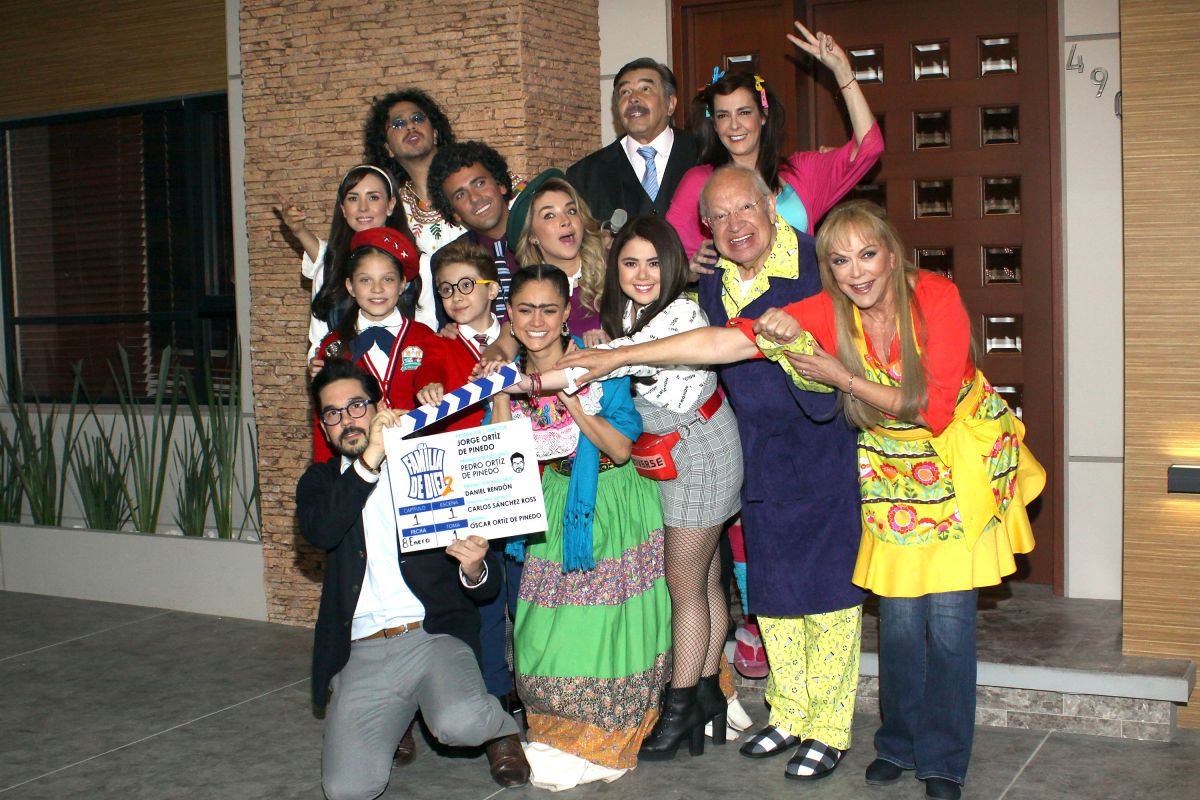 After 15 years of having played Plutarch for the first time in the series “A family of ten”, Ricardo Margaleff finally lives the fruits of his labor by starring in the new spin-off series “Do you believe? Enredos de ten” in which he expands the universe of the López family and explores, from comedy, how hard it is to be a responsible adult.

“Now that other part is shown that has not been talked about much in the melodrama, everything that happens after you leave your parents’ house. Gaby and Plutarco are good characters, they are adults without the supervision of other adults and the series does not intend anything more than to entertain”, says Margaleff in an interview with Efe.

The 45-year-old actor confesses that it has been quite a compliment for him to be able to star in a series for the first time after a 26-year career and he is convinced that it was the affection of the public that made it possible.

The series produced by Jorge and Pedro Ortíz de Pinedo and which premieres this Sunday on Las Estrellas, shows the life of Gaby (Daniela Luján) and Plutarco after having made the decision to leave the house of the father of the second, in which they lived as “arrimados”, together with their son Justito el “Ajolotito”.

“They are still the same couple of giddy, fun lovers, but now they make the decision to go to their own apartment and to survive, they have to work, so they go to ‘Almacenes Patito, where shopping is cheap,’” he anticipates.

But the conflict in the story begins when they want to close the supermarket due to conflicts between the owners.

That Gaby and Plutarco now have their own series does not mean that these characters will no longer exist within the story created by Ortiz de Pinedo in 2007, according to the actor.

“People are going to feel it as an extension of ‘A family of ten’”, affirms Margaleff, who is currently in the process of recording for the eighth and ninth seasons of the series.

“It’s not like trying to move if we had 30 chapters now there are 43 with the story of Plutarco and Gaby,” says the actor, because the characters will appear in both stories constantly.

proud of his work

Ricardo remembers when he auditioned to play the character of Plutarco and confesses that he had his inspirations in the “clown”, an acting style that he studied in New York, Los Angeles and Mexico. “Since that first time I fell in love with the character and I had the freedom above all to be able to play him that way”, he mentions.

He also says that it was in the midst of a pandemic and in the middle of a script reading for “A family of ten” that he and Luján were announced that the project, which they had been trying to produce for five years, had been approved.

Finally, Margaleff confesses that he feels proud to be able to continue giving life to a character as good and reckless as Plutarch. “There are many colleagues who deny and who have wanted to leave the characters that have made them famous, but Plutarco has opened many doors for me and has left me a lot,” he mentions.

In “Do you believe? Enredos de Diez” also participates Tadeo Bonavides, María Alicia Delgado, Pierre Angelo, Ingrid Martz, among others, and will have special guests such as Susana Alexander.