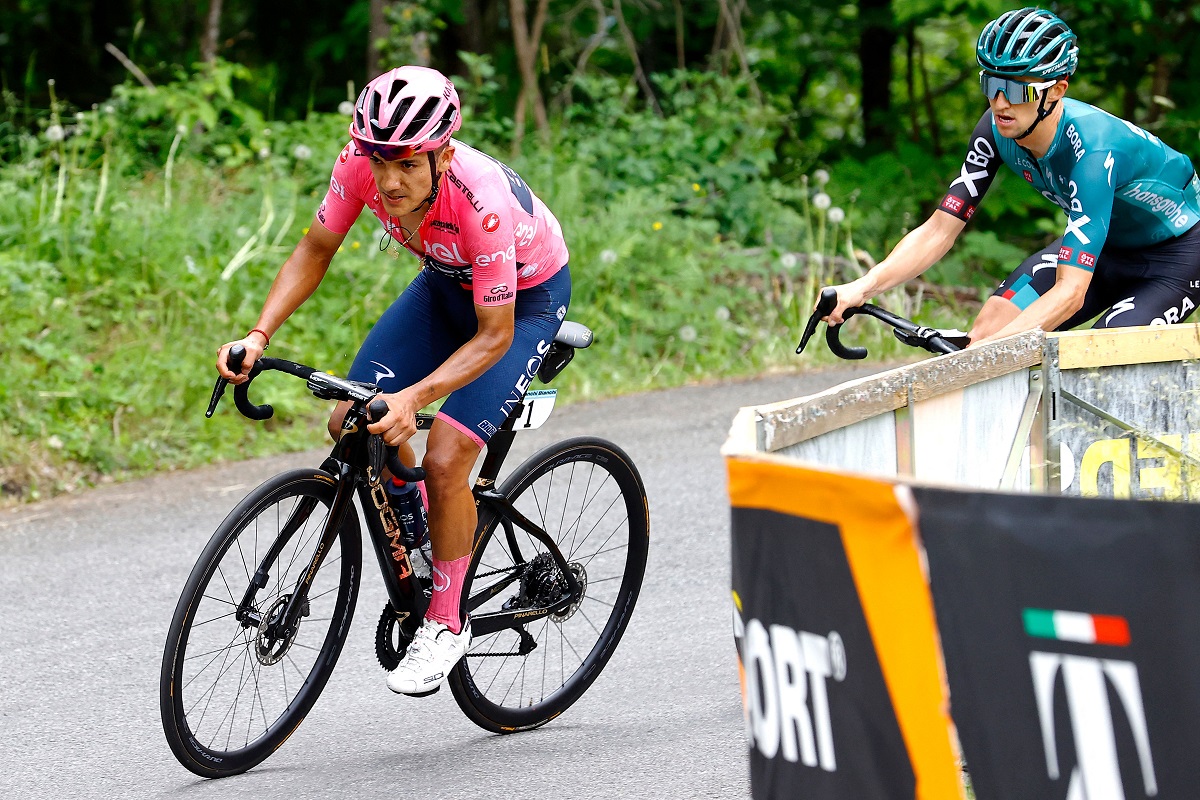 Ecuadorian Richard Carapaz (Ineos) was counting on winning the sprint for third place at the Aprica finish line and gain 4 seconds, but the Australian Jai Hindley was ahead of him, who got to 3 seconds in the general.

A small “bite” for the winner of the 2019 Giro, who especially valued the 14 seconds lost by the Portuguese Joao Almeida, his number one enemy for the final time trial.

“I thought I was going to win the sprint for third place and I couldn’t do it, but it was still a good day for me. I lost a few seconds with Hindley but I gained more with Almeida, so the balance is positive”, said the cyclist from Carchen at the finish line.

Carapaz qualified fourth and lost the bonus, but celebrated the fact that he kept the pink jersey after a tough day. He now in the general he leads Hindley by 3 seconds and Almeida by 44.

“It was a tough stage, with a lot of fighting on the last climb, but I finished well, in front, and I keep the pink jersey for one more day. In the end I felt happy”he concluded.

The Czech Jan Hirt (Intermarché Wanty) was the strongest man in the large breakaway of the day and claimed the solo victory in the sixteenth stage of the Giro d’Italia, disputed between Salò and Aprica, with a route of 202 km, in which Richard Carapaz (Ineos) kept the pink jersey, although in the end he gave up 3 seconds to the Australian Jai Hindley, who follows him in the general classification.

Hirt (Trebic, 31 years old) surprised on the last climb of the day in the Valico de Santa Cristina with an attack that was definitive. He went alone to the finish line, leaving his fellow escapees nailed, among whom was Alejandro Valverde. He did not allow himself to be overtaken by the favourites, either, with Carapaz, Landa and Hindley trying to give Almeida time.

Finally Hirt took a prestigious stage entering the finish line with the desire to celebrate the greatest success of his record, which includes 5 victories. He set a time of 5:40:44, 7 seconds ahead of the Dutchman Thymen Arensman (DSM) and 1.25 minutes ahead of the Hindley quartet, who snatched a 3-second bonus, Carapaz, Valverde and Landa. The Portuguese lost 14 seconds compared to his direct rivals.

You might be interested in:
– Ecuadorian Richard Carapaz is leader of the Giro d’Italia: “We have achieved a first objective; the hardest part is coming”
– Real Madrid moves after Mbappe’s refusal and will take another Frenchman with projection: Aurélien Tchouameni
– Canelo Álvarez evaded Bivol and confirmed the trilogy with Golovkin: “I am very happy to bring you the best fights” [Video]