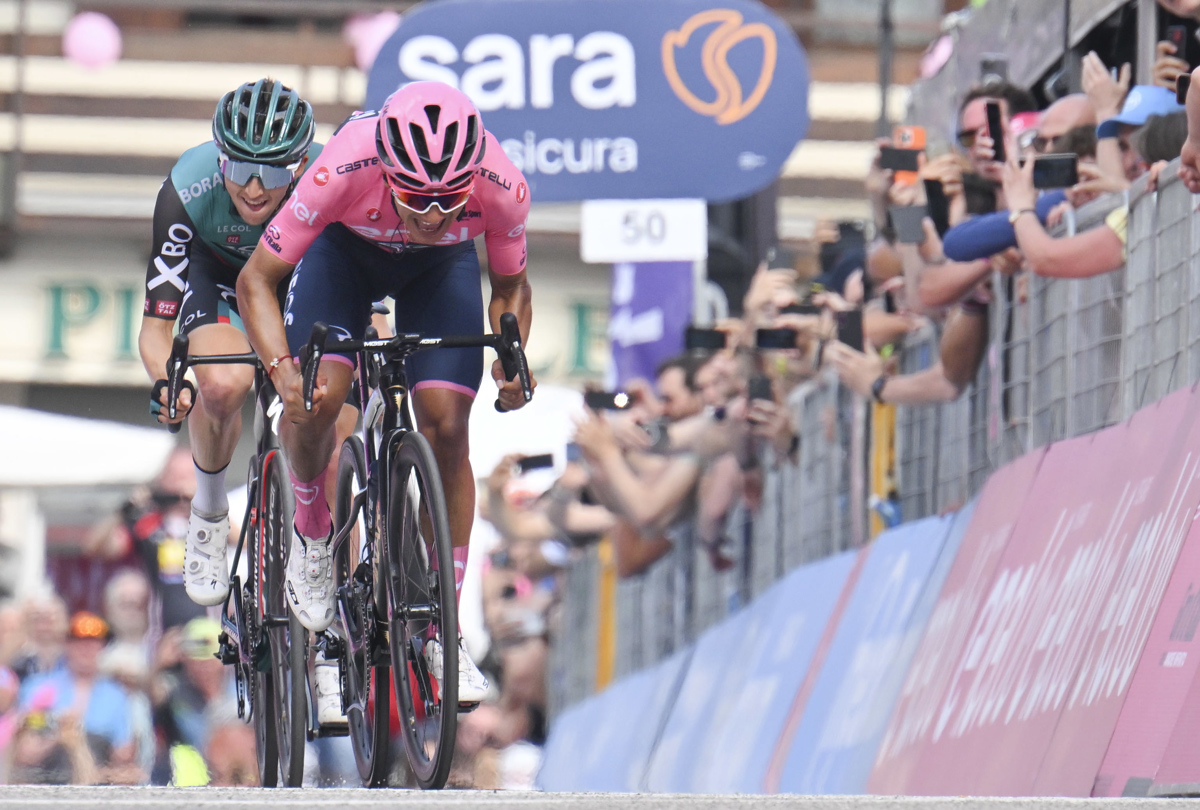 Ecuadorian Richard Carapaz (Ineos), Giro pink jersey, lamented the abandonment of his Australian teammate Richie Portebut announced that the team will give everything in the decisive day this Saturday with the end in La Marmolada, in a stage “of height that suits me very well”.

“The truth is that today has been a very difficult day. I am very disappointed in the withdrawal of Richie Porte, that is bad luck. But the team is doing a good job and we are dealing with everything as best we can. We are all at a good level and trying to turn it into something positive”, said the cyclist from Carchen at the Castelmonte finish line.

Carapaz explained the last km of the ascent, in which there were attacks from the general’s men, along with Hindley and Mikel Landa.

“In the end there was a bit of give and take, but I think we were all more or less on the same level at the top. It was not such a difficult ending as to open differences. Tomorrow is a good day, in height, which I like, ”she highlighted.

Last fight in the high mountains, will decide the Marmolada

The last appointment with the high mountains in the Giro d’Italia arrived on the eve of the arrival in Verona. The eleventh dolomite stage, between Belluno and the top of La Marmolada (Passo Fedaia), of 167 km and 4,490 meters of elevation gain, will logically designate the winner of this edition of the Giro.

The last high-mountain “stage” will be set in the beautiful mountains of the Dolomites, which will adorn a day in which there will be little space and few reasons to hide. The fight for the pink jersey and the rest of the podium places must be unleashed on this stage.

The Belluno stage will start, in Veneto, on the way to a small non-scoring elevation that will serve to warm up the engines, just 3 km at 7 percent. Afterwards, an ascending profile of 50 km will lead to the first of the three difficulties of the day, Passo San Pellegrino (1a, 9.6 km at an average gradient of 8 percent). An appetizer with the top at almost 2,000 meters of altitude.

After a descent of 11 km, they will reach 17 of a slight climb that will put the peloton at the foot of Passo Pordoi, a special category, with 11.9 km at 6.6, where the Cima Coppi will be installed at 2,236 meters.

Another long descent, 32 km punctuated by a steep slope, ends at the foot of La Marmolada (Passo Fedaia), a first-class pass that leads to the finish line, located at the top after climbing 12.6 km to 7.8 with sections of 12. Here it will be decided who is the winner of the 2022 Giro.

Ecuadorian Richard Carapaz (Ineos) will defend the pink jersey against his closest rivals, Jai Hindley and Mikel Landa. He leads the Australian by 3 seconds and the Spanish by 1.05 minutes.

Read also:
– Richard Carapaz endured a tough day and is set to win the 2022 Giro d’Italia
– Canelo Álvarez responds to his fall in the ranking: “I risk everything to continue making history when I don’t need it”
– Georgina Rodríguez captured all eyes on the red carpet of the Cannes festival with a dress of 120,000 Swarovski crystals [Fotos]