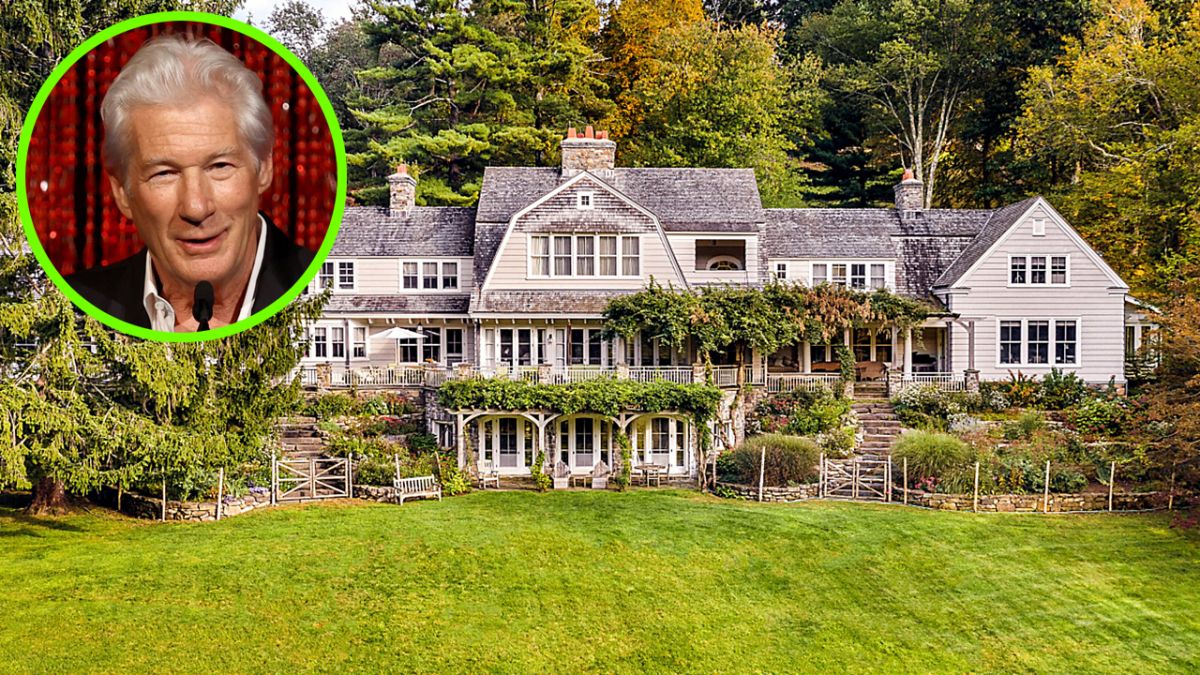 the renowned actor Richard Gereaged 72, cfinalized on Thursday, May 5, the sale of his imposing country house in Pound Ridge, New York, and he did it in $28,000,000 dollars which he wanted from the beginning.

The residence, built in 2000 and launched on the market in October 2021, is currently ‘Under Contract’, so only a tragedy could bring down the operation and leave the protagonist of ‘Pretty Woman’ without his round business.

So far the identity of the new owner is unknown, but it would not be surprising if his name came to light once the operation is formalized.

The property, situated on a lot of 48.78 acreshas several structures, the main house being the one that takes the cake.

The residence, where Richard Gere and his wife used to sleep, Alexandra Silvahas an extension of 11,658 square feetwith eight bedrooms, nine full bathrooms and two half bathrooms.

The kitchen is open and very spacious. It is equipped with white cabinets, high-end appliances and a central island that can be used to prepare food, as well as a breakfast nook.

The main bedroom has more than enough space for a large bed and a living room. It also has a very large dressing room and a bathroom.

Outside, the house has extensive green areas, with a large collection of trees, with a pond with beach sand, with a swimming pool with its respective spa area, with a soccer field, with a barn, with trails, with paddocks, with two residences. secondary, among other amenities.

Eugenio Derbez: This is the inside of the incredible new mansion for which he paid $14,000,000
This is the mansion in Mazatlán of Alan Ramírez, the talented vocalist of Banda MS
Get to know the house of Julia Gama, the inhabitant who will put on the samba in ‘La Casa de los Famosos 2’
They assure that Christian Nodal moved to a mansion that he had bought to live with Belinda