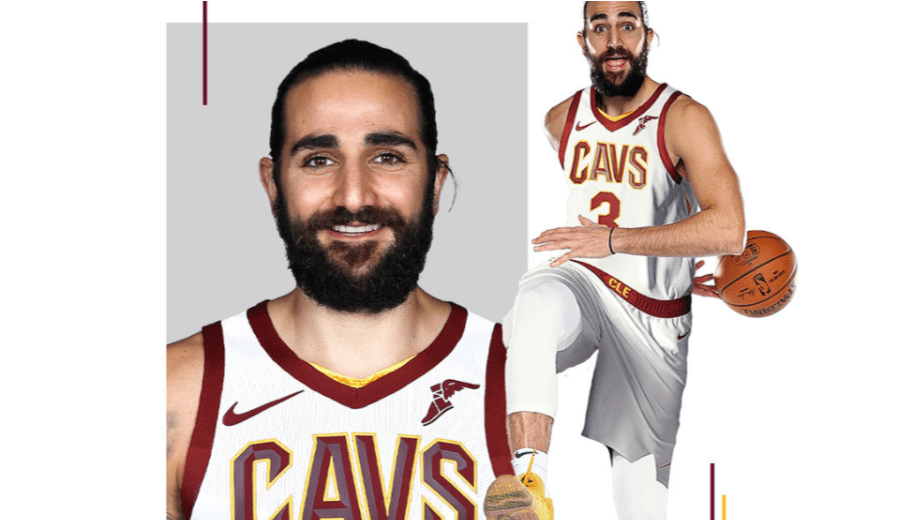 The same day that Ricky Rubio was beating his top scorer with the national team in the Olympic Games in the victory against Argentina, the Timberwolves decided to transfer him to the Cleveland Cavaliers. As reported by Adrian Wojnarowski, the Spanish base set course for the Cavs in exchange for a second round in 2022 and Taurean Prince. Now, a few days later and after its exhibition in the United States, it is official:

It will be the third transfer in two seasons for Ricky, who already left in the last Phoenix Suns offseason back to Minnesota (with a previous stop in Oklahoma, where he belonged only two days). Ricky Rubio is entering the last year of his contract, for which he will receive $ 17.8 million this next year. At the moment, in the United States they affirm that the Cavs were looking for a veteran point guard and his landing may be, effectively, to stay in the franchise.

#Cavs are planning to keep Ricky Rubio, sources tell @clevelanddotcom. Finding a reliable, veteran point guard was one of their primary goals this offseason.

What are the Cavs and Wolves looking for with Ricky Rubio’s move?

For the Cavs, the presence of a veteran with great collective sense, good defensive capabilities and who can contribute on the court, is important. Even more so in a perimeter in need of it, whether or not one of his two young men has left there (Garland or Sexton). Taurean Prince will be, like Rubio, a free agent in the summer of 2020 (he will collect 13 million next year). He only played 29 games with the franchise after arriving from the Nets and did not seem to enter into future plans or solve short-term situations for the wings.

For Minnesota the sense is also intuited. Prince allows them to save almost $ 5 million by dispensing with a player who, with D’Angelo Russell and Anthony Edwards healthy, was hardly going to be able to express his qualities. Rubio shines much more with the ball but in the Wolves he could not have it, especially seeing how Edwards responded to the second part of his rookie year to greater offensive responsibilities. Prince fills in the wings much better, such as a good defense profile and outside shooting ability.

What will Ricky Rubio find on the Cavs?

The Cavs are coming off a 22-win, 50-loss season, the fourth-worst record in the league. In the previous two they had 19 victories, with the second worst record of the season. In other words, in the three years post-LeBron the dynamics have been negative in terms of results, entering a rebuilding process based on new young talents to develop.

Ricky is going to find a team in Cleveland with a long way to go and with serious deficiencies in multiple areas, especially the defensive ones. The Cavs are the sixth worst defense in the NBA and both last and last season had the worst record in the League for points received per 100 possessions. And his role will be clearly focused not only on his own action on the court, in sports, but also on his work as a leader in a locker room full of young people.

The Cavs have bet on a painting for the future, since the transfer for which they obtained Jarrett allen (to whom the contract is expected to be extended this summer), is joined by the choice of Evan mobley in the Draft. Both are, from a theoretical point of view, two players on which to build an elite defense. Both are big and very mobile, Allen with a control zone closer to the rim and Mobley, an athletic prodigy, being able to easily contain even perimeter players.

For Ricky, having two players of such athletic power can be great news for two reasons. In defense, they can allow him to be aggressive in the first line of passing, one of the Spanish specialties. In attack, you can produce advantages from the pick & roll with two excellent followers to the rim.

The bet for Isaac okoro In the 2020 Draft, another player with excellent conditions behind, also paints a more positive outlook for the future of the franchise. And on the perimeter the Cavs, who had kept their double combo with Collin Sexton and Darius Garland, both much more aimed at scoring than leading, and with serious defensive shortcomings, now host a veteran point guard who can better organize the attack plan. The rumors of a possible Sexton, via transfer, would corroborate a scheme in which Rubio would have many minutes and importance, as a more appropriate complement to Garland, who can also act without the ball thanks to his fantastic outside shot. If both finally stay, the three of them will rotate the two positions in the backcourt. But it is not ruled out that the Cavs try to close the exit of one.

Cleveland has to solve the scenario with Kevin Love, who has two years remaining on his contract for almost 60 million dollars but without space in a reconstruction project (or with two young people to bet on in interior positions), but has under contract interesting rotation pieces such as the Turkish Cedi Osman or Larry Nance Jr. Furthermore, his rotation is very open, plagued with questions that he will have to help solve. JB Bickerstaff, your technician.

Bickerstaff, who was Minnesota’s assistant just before Ricky’s first stint at the Wolves (he left the same summer the Spaniard came to the NBA), became the Cavs’ head coach in February 2020, shortly before the break. of the NBA for the pandemic, replacing the dismissed John Beilein. The Cavs bet on him for last season and he will command the new franchise project from the bench.

Ricky had a frustrating season in Minnesota last season, as after two much more exhilarating experiences in Utah and Phoenix (exiting both franchises just before his qualitative leap, with bets on Conley on the Jazz and Paul on the Suns ), the Wolves found a less consistent team. His figures in Minnesota were poor (he signed his worst scoring data in the NBA, below 9 points per game), lacking confidence in a very difficult context. Cleveland is also a complex scenario and where they expect, surely, many defeats. But if he is confident, Ricky can resume the level he showed in Phoenix or, without going any further, the one he exhibits with Spain. And make it fair in the months leading up to his free agency, where you can decide your future.

The direct of the NBA draft 2021: rumors, movements, transfers and elections