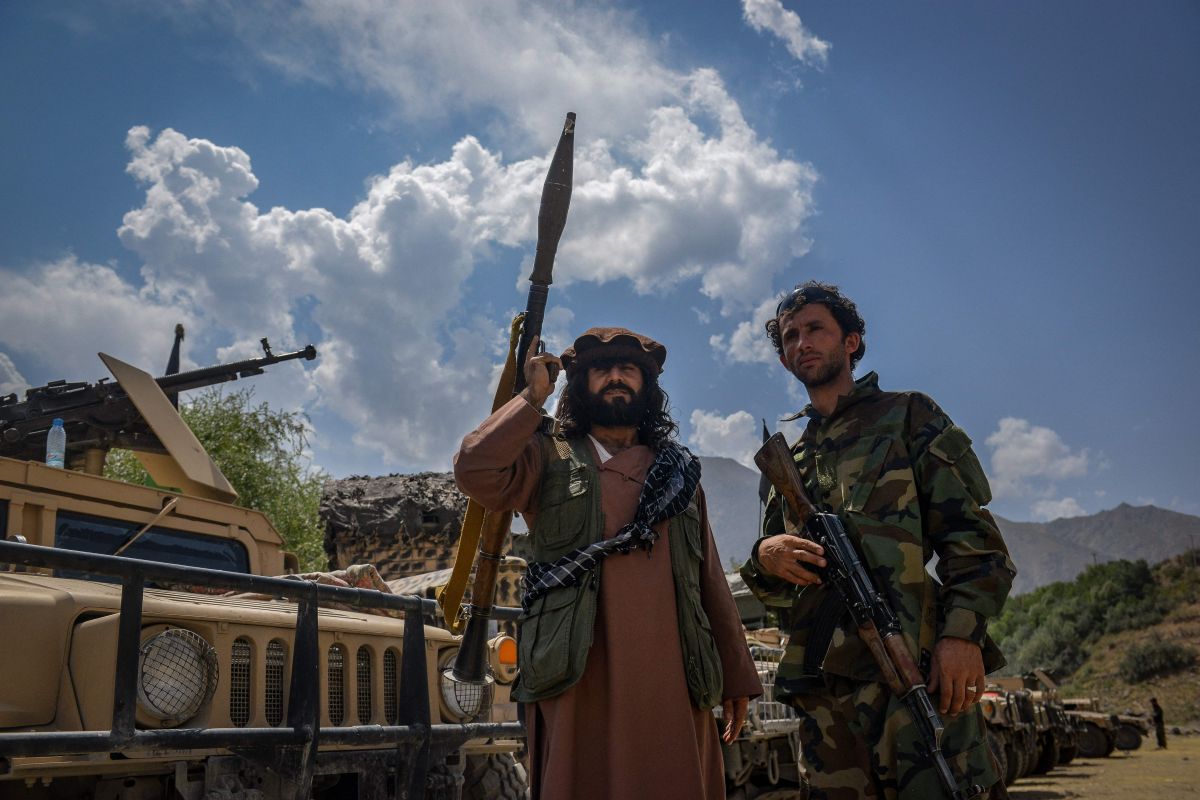 Assault rifles, pistols, ammunition, military Humvees and Mine Protection (MRAP) vehicles are just part of the American arsenal that the Taliban have appropriated in Afghanistan.

Initial estimates from a source in Congress with ties to defense officials suggest that the terrorist group also owns various Black Hawk helicopters and other US military aircraft such as 20 A-29 Tucano attack aircraft.

Some of the aircraft had been relocated to a base in Kandahar which was invaded by terrorists.

“We are also concerned that much of this team ends up in the hands of others who support the Taliban cause,” the source told CNN.

“My greatest fear is that sophisticated weapons will be sold to adversaries and other non-state actors to try to use it against us and our allies,” the person warned.

Authorities have not specified how much military equipment fell into the hands of the Taliban after they defeated official Afghan forces, and establishing a number is unlikely due to the absence of US intelligence personnel in the country.

“There is no specific accounting of what has been left,” added the source.

The Biden Administration faces a chain of criticism for, supposedly, not acting in time to prevent the new humanitarian crisis that has hit the Asian country due to the advance of the Taliban for more than two weeks, and not expediting the eviction of thousands of people who seek to flee the country.

Biden downplays memo from US embassy in Kabul on Taliban advance

At a conference on Friday, President Joe Biden downplayed a memo from staff at the US embassy in Kabul a month ago warning him of the imminent takeover of the capital by the Taliban and the need for them to take over the capital. evacuations in the country will begin no later than August 1.

“We receive all kinds of cables,” the official responded to questions from the press.

Photos and videos on networks show the radicals with American weapons.

Taliban share images of material seized from the US

Some images show the Taliban carrying M4 carbines and M16 rifles. In others, combatants count bundles of US bills.

Pentagon spokesman John Kirby said Thursday that they are evaluating ways to deal with this problem.

“In terms of equipment provided by the United States that is still in Afghanistan and may not be in the hands of ANSF (Afghanistan National Security Force), there are several options at our disposal to try to deal with the problem,” the spokesperson said. .

“We obviously do not want to see our equipment in the hands of those who could act against our interests or the interests of the Afghan people, and increase violence and insecurity within Afghanistan,” he added.

At the moment, the authorities’ plans are not clear, but there is no intention of air strikes to destroy the weapons, unless it poses a direct threat to US troops at the airport.