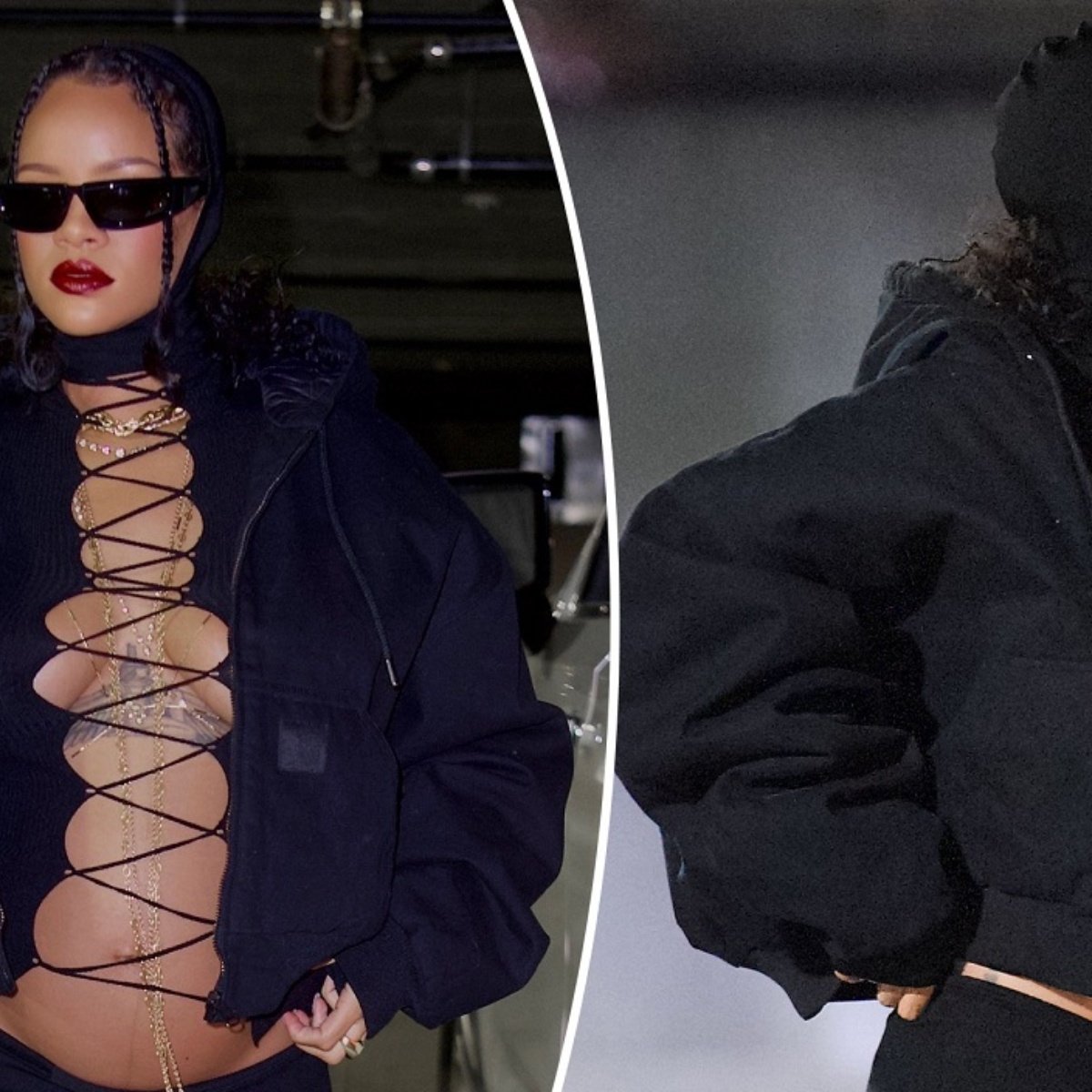 Rihanna confessed that it was “more difficult” to maintain his pregnancy in secret his friends to hide it from the public. The “Don’t Stop The Music” singer recently announced that she’s expecting a baby with her boyfriend A$AP Rocky in the most RiRi way possible: with a casual paparazzi photo shoot.

Fans were shocked by the glorious announcement and the star now says it was harder to hide the news from her friends. “It was harder for me to hide it from my gang because they’re around me, they know my habits,” she told E!.

Rihanna announced her pregnancy in a photo shoot

“They say, ‘Don’t you want a drink? Aren’t you smoking?’ And I’m eating all the things I’m not used to eating. They know I hate sweets and all of a sudden I’m ordering cookies and donuts.”

She continued, “But finally, I had to drop everything, and everyone was shocked, of course, as the world was shocked too.” RiRi and A$AP, real name Rakim Mayers, announced the pregnancy in a stunning photo shoot in Harlem in late January.

The mom-to-be braved the sub-zero temperatures and unbuttoned her bright pink coat to show off her baby bump. She adorned her baby bump with an elegant gold cross chain that trailed down to her low-rise ripped jeans.

The Pon De Replay singer began dating rapper Goldie in 2020 after years of friendship. Rocky and Rihanna debuted as a couple in September 2021 at the Met Gala.

As we mentioned in AmericanPost.Newsthe rapper called Rihanna the “love of his life,” telling GQ, “She’s probably equal to a million others. I think when you know it, you know it. She’s the one.”

Rihanna is totally in love with A$AP

Rumors about the couple expecting their first child have been circulating for weeks after Rihanna was spotted in New York wearing oversized dresses and sweatshirts.

Despite the speculation, Rihanna shut down rumors that she was pregnant in December when she was questioned by fans. “Can I come to the baby shower sis? True or not, your babies are going to be beautiful,” one tweeted.

Rihanna cheekily replied, “Ha! Stop it! You didn’t come to the first 10 baby showers! They all ‘pregnant’ me every year damn lol.” A few days after the pregnancy announcement, it was reported that RiRi and A$AP plan to get married in Barbados after she gives birth.

“Rihanna is totally in love with A$AP,” says the source. “They have a very close bond and Rihanna has always been quite traditional. “They will get married, for sure. She has told her friends that she wants to be with him forever, and he has said the same thing.”