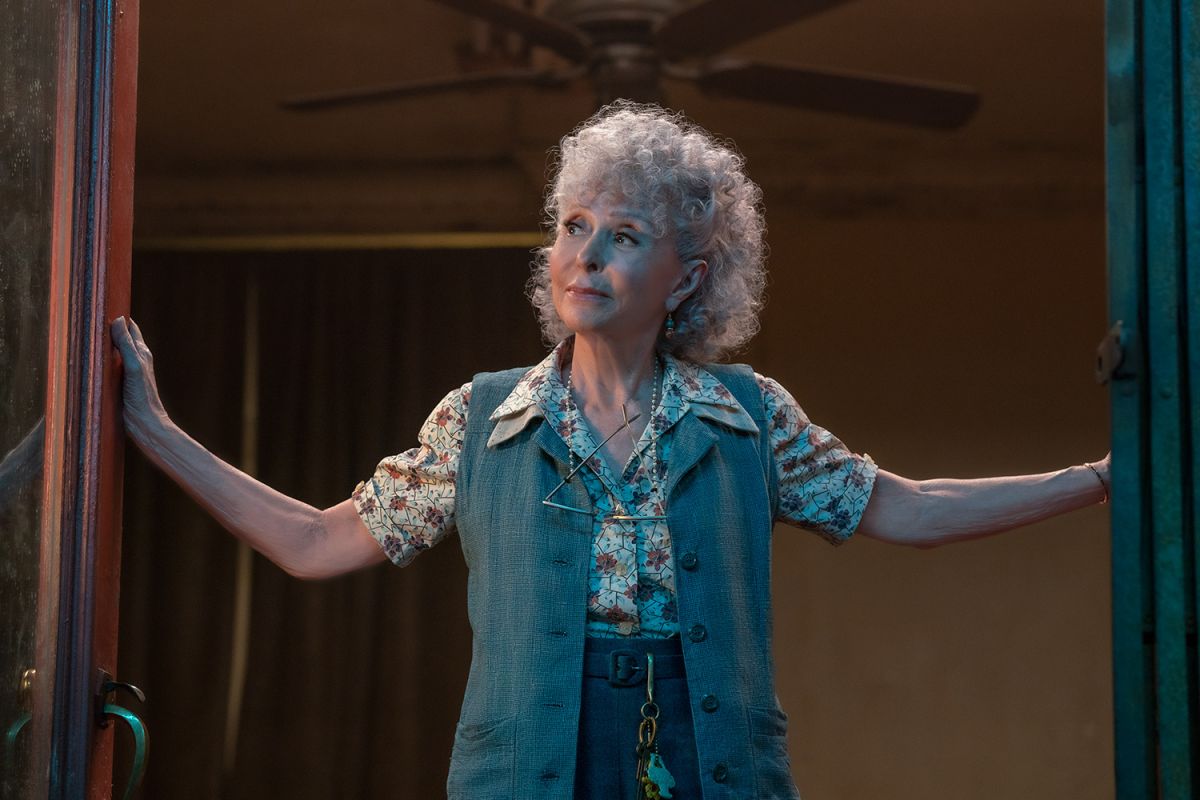 In 1961 Rita Moreno made history with her portrayal of Anita, a Puerto Rican immigrant in New York who sang “I like to be in America” ​​in the musical West Side Story.. Moreno had acted in several Hollywood movies during the 1950s, but the role of Anita earned her an Oscar for Best Supporting Actress.

Sixty years later Steven Spielberg has “reimagined” West Side Story in a new film that – the famous director clarifies – is not a “remake” of the 1961 film, but a new adaptation of the original 1957 Broadway play. And Spielberg had Rita Moreno. We were able to interview both days before the theatrical release, scheduled for December 10.

Question: What was the first thing you thought of when you found out that a West Side Story remake was going to be made?

Rita Moreno: My reaction was not the most positive in the world. Spielberg has always been one of my favorite directors ever. “ET” will be in my heart forever. But I was a little worried about Tony Kushner with this great play, because he is a little dark… So Spielberg called me and said: “We would like to have you for the movie, are you interested?”. I put on my kindest voice and said, “I’m very flattered. I don’t want to tell you how to make your movie, but I don’t make cameos. And I think it’s not going to fit into your film, it’s going to be distracting… ”. And he said: “No, no, no! There is a real role for you, she is a widow named Valentina and she is Puerto Rican ”. So I asked him if he could read the script.

Q .: Why did you think it was necessary to remake West Side Story today?

Steven spielberg: I don’t consider it to be a remake of the 1961 movie Rita was in. This movie is a reinterpretation of the original 1957 musical. Tony and I never intended to remake a great film like Robert Wise and Jerome Robbins’ West Side Story. We just wanted to adapt and find our own version of the original Broadway production and make it our own, which I think is what we’ve done.

Q .: What does this movie bring to the story?

dark: The story is even more relevant today than ever. You know what is happening in the United States. We are reliving something that really happened. When that neighborhood collapsed to make way for Lincoln Center it was called San Juan Hill. This movie is a complete review and it’s so brilliant it makes my ears red.

Q .: How do you like this Anita played by Ariana DeBose?

dark: She is fabulous. She is a far superior dancer than I was. She is a really fantastic dancer. And the fact that Steven chose an Afro-Latina, I love it. It is right. All the casting of the Hispanic actors is perfect. The mistakes we made in the first version were not made. But without it, we wouldn’t have this one either.

Q .: In the documentary “Rita Moreno: Just a Girl Who Decided to Go For it” you talk about how the first film did not like some Puerto Ricans because of how Anita talked about Puerto Rico. How does this new movie deal with that topic?

dark: The Puerto Rican community was very sensitive. And the fact that the Puerto Rican boys portrayed themselves as a gang did not please some. But most of them forgave him, and I think the reason was because I was there. When I represent, I really represent. They also forgot that it is Anita’s opinion; It is not the play, it is not the director. It’s Anita saying, “This is where I want to be [América] because it’s better”. But in this version they turned it around with Stephen Sondheim’s lyrics to ask, “Do you think America is really that fantastic?”

Spielberg: That song is a conversation between two people very much in love, Bernardo and Anita, about the virtues of America and the virtues of being loyal to Puerto Rico. Puerto Rico is not demonized in this film. Even the theme of America has more to do with “where I feel most comfortable now”, earning a living, following a dream… In our version Anita wants to open a clothing boutique one day, she is firmly here and wants to stay. And Bernardo is working. In our movie all the Sharks [la pandilla boricua] they have jobs. Jets [la pandilla “blanca”] they do not have jobs and many are homeless. Puerto Ricans immigrated here to earn a living and pursue the American dream. But the Jets are far more criminals in this story.

Q .: Why did you feel that Rita Moreno had to be in this movie?

Spielberg: First of all, because she is a great actress. Second, because of his legacy. He is someone who was going to inspire my entire cast simply with his presence and his support. She brought our cast of 60 people together – actors, dancers, singers – in a series of encounters, conversations, when we were rehearsing. Joined the company. I feel like that made her worthy of being on my side of the camera when she wasn’t in front of the camera and being our Executive Producer. Moreno: How cute! I feel so proud …