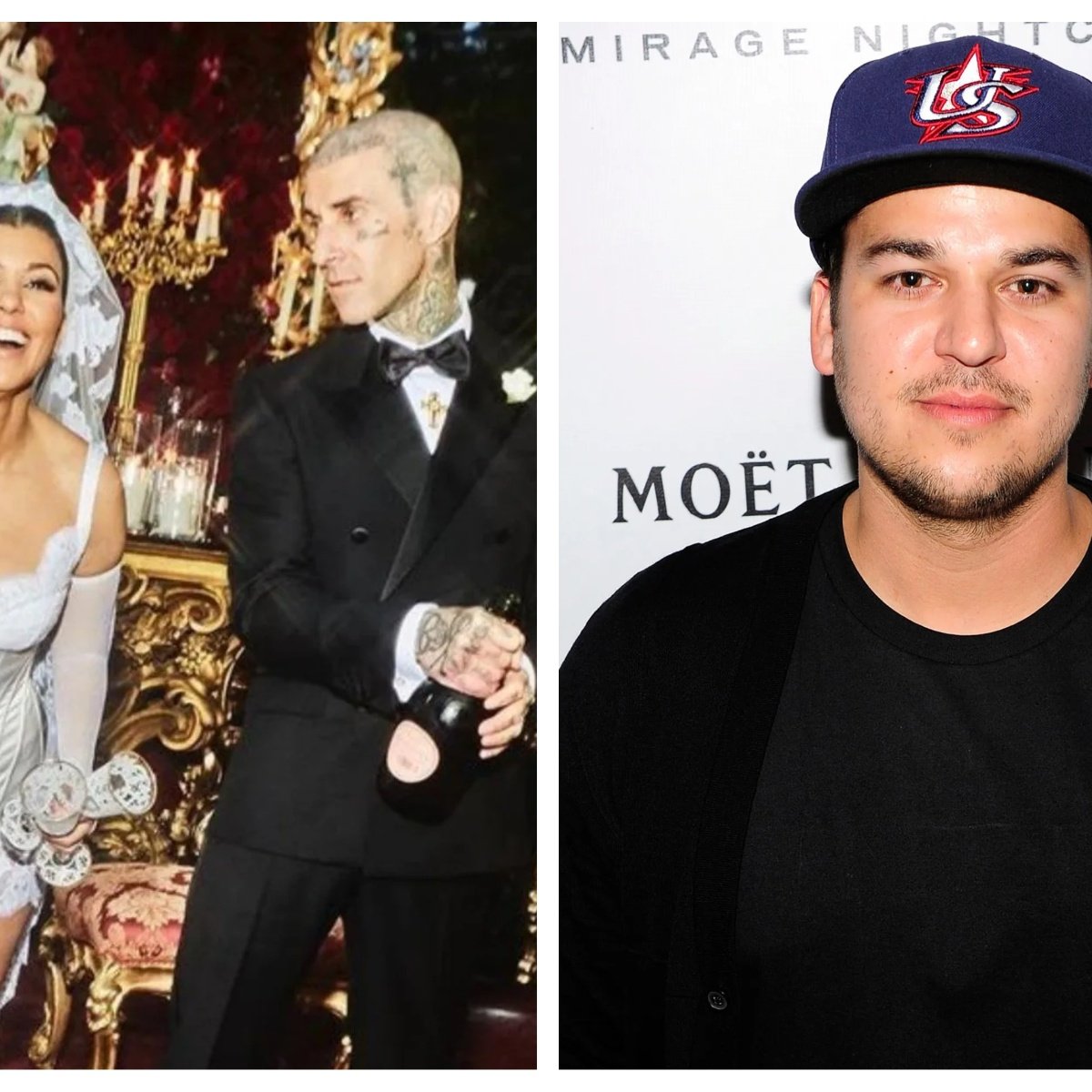 rob kardashian did not travel to Portofino, Italy for the wedding of her older sister, kourtney kardashian with the drummer, Travis Barker. It has been revealed that the 35-year-old businessman and former model I didn’t want to be in front of the paparazzi during the eventso he decided not to go to the marriage link.

According to the Life & Style site, Dream Kardashian’s father chose not to attend the romantic ceremony in Europe due to the media load which would have the event: “He knew the wedding would be on the world stage”so he preferred not to accompany his sister, the source said.

As we inform you in AmericanPost.News, Rob Kardashian’s name came up again after his ex, Blac Chyna sued him and his family for millions of dollars. However, the mother of his daughter did not manage to win said legal process.

Rob Kardashian has walked away from the show

This is not the first time that Rob has missed the wedding of one of his famous sisters, since as we saw in the ninth season of the missing reality show “Keeping Up With the Kardashians”, the founder of the brand Arthur George He also did not attend the wedding of Kim Kardashian and Kanye West which also took place in Italy but in 2014.

The businessman gradually moved away from the show and from public life ever since she started having mental health problems after drastically gaining weight. Although over time he has managed to lose several kilos, Rob Kardashian decided to get away from the cameras. Even is not part of his family’s new reality show, “The Kardashians” on Hulu.

Although Rob did not travel with his sisters, is expected to celebrate with Kourtney and Travis upon his return to Los Angelesin a fourth wedding with friends and other relativesincluding his grandmother Mary Jo, who could not go to Italy.

“There are a lot of people that they still have to celebrate with in Los Angeles…Kourtney’s grandmother is very important to her, as is Travis’s father, Randy Barker, and they couldn’t make the trip, which is why they were witnesses in the civil ceremony held last week in California,” the informant explained.

Let us remember that the couple baptized as “Kravis”, married first in Las Vegasthen in the civil registration in Santa Barbara, California; his third wedding was religious ceremony in Italy and in a few days they will have one fourth wedding in LA where many more people will attend, including Rob Kardashian.