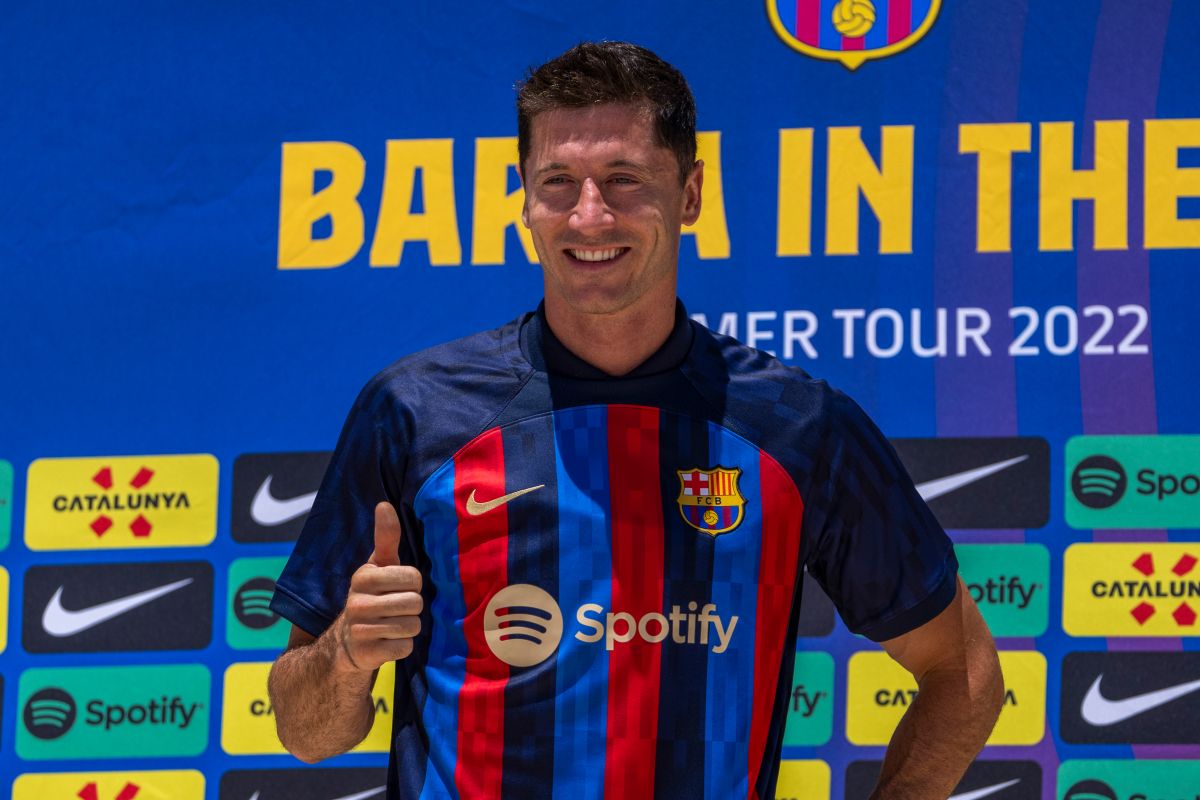 The Polish striker of FC Barcelona, ​​Robert Lewandowski, had good comments for the Mexican National Team facing what will be the confrontation of his team against the “Tri” in the first phase of the Qatar 2022 World Cup. Similarly, one of those considered the best strikers in recent times, thanked the support of the Mexican fans for the culé team on American soil during its preseason.

Notably the striker of the Polish National Team had his debut with the culé shirt in El Clásico against Real Madridwhich was played in Las Vegas and was defined by the minimum difference for FC Barcelona with a great goal by the Brazilian who had just arrived from Leeds United, Raphinha.

The Polish striker was surprised by the support received by the Mexican public. “I have seen how great the support of Mexicans in this part of the world is for us. I am very grateful for it because it means a lot, ”she indicated.

Questioned by Mexico for the Qatar 2022 World Cup, these were his words: “It will be a great challenge for us because Mexico is a great team, because they play well., but we have time to prepare and I see that people love football and I am happy to see them here”, pointed out the Polish star now under the services of FC Barcelona. He was also grateful for the support received from his teammates since his arrival at the club.

He also had time to answer about the famous 8-2 that endorsed him playing for Bayern Munich against Barcelona. In a humorous tone, he indicated that everyone still remembers that game and that at this time he was part of the Barca discipline, a team in which he hopes to achieve new things.

About the game against Mexico

Notably Mexico shares group C with Poland, whom they will face on November 21 in the World Cup. In the same way, this pairing is completed by Lionel Messi’s Argentina and the theoretically weakest team that is seen in Saudi Arabia.

. Can Saudi Arabia compete against Mexico in the Qatar 2022 World Cup?
. Would a return to FC Barcelona be positive for Messi?
. Carlos Hermosillo charged against Chicharito: “Let’s not look for saviors, let’s not forget that he is in the MLS”