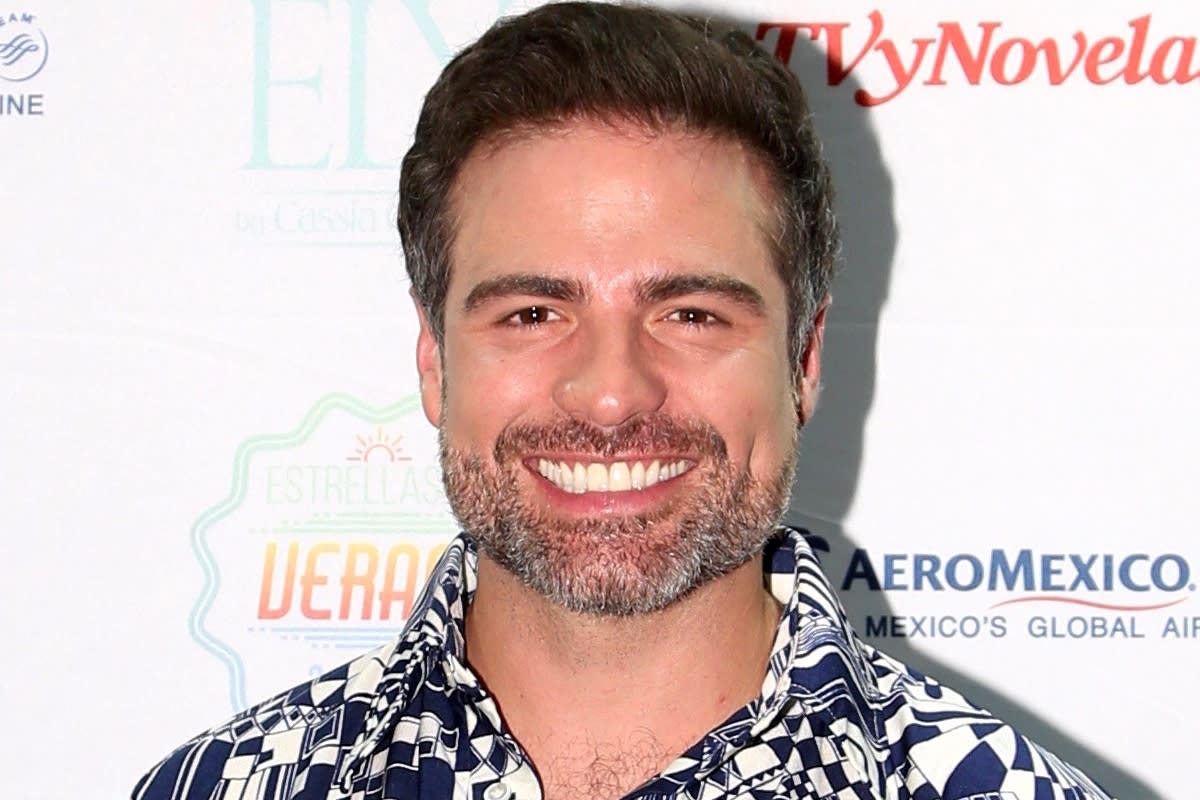 “I have a boyfriend and we have a beautiful relationship.” Galán and soap opera actor, Roberto Manrique, who participated in the production “Without breasts, there is no paradise”, He revealed his sexual orientation for the first time and confessed on social media that he is gay.

The 42-year-old actor and model, who played the character Santiago Sanín in the series Without breasts, there is no paradise, He spoke for the first time about his sexual orientation and affirmed that he did not really do this because he was still “in the closet”, but did it more to be at peace with his child from the past, that little one who was not allowed to be free.

Galán and soap opera actor confirms that he is gay

It was through his Instagram account that the actor and soap opera heartthrob Roberto Manrique published a powerful message in which he informed his followers about his sexual orientation, revealing that he was gay and that he had felt the urge to talk about a topic that I had never spoken publicly:

“I would like to talk to you about a very personal and very private issue such as my sexual orientation, it had never seemed important to say that I am homosexual, because I really considered that it is irrelevant, and that there are other aspects of who I am, which really is the priority” , the actor began in his video.

He felt guilty; Telenovela actor Roberto Manrique confirms that he is gay

After this, the gallant and soap opera actor, Roberto Manrique, commented that lately he had been feeling a bit strange and this led him to meditate on what he was feeling, that’s when he realized what was happening and came to the conclusion that still could not love: “How crazy, how absurd, I do not finish loving”, he confessed in his video where he revealed that he was gay.

Investigating a little more in depth about this feeling, he concluded that it was because he felt guilt, and not from the person he is today, but from his child from the past, the one who was quite repressed, who lived in a society that did not let him be free. and that he repeated that “crying was not a man’s thing”, among many other things.

They were very difficult moments when I was still very young; Telenovela actor, Roberto Manrique confesses that he is gay

In his video, which lasts almost 9 minutes, the actor and soap opera heartthrob, Roberto Manrique, in addition to confessing that he was gay and talking about his sexual orientation, the also model commented on how difficult it was for him not to be able to express himself as he was when He was a child, because he began to feel guilty for being emotionally attracted to people of the same sex:

“Robertito grew up in a world that was not allowed to be who he was, where even crying was not male, where vulnerability was not worthy. I was judged, let alone the fact that I liked men, and that I felt for as long as I can remember, that there was something wrong with me, how can I not continue to feel some guilt for being who I am? “

“I don’t do this to come out of the closet, everyone really knew it”; Telenovela actor, Roberto Manrique confesses that he is gay

Faced with this shocking revelation, the actor and soap opera heartthrob, Roberto Manrique decided to take the next step for his own well-being and decided to publicly tell that he was gay, although it was something that so many of his friends and family already knew, stating that he was not really I felt that with this I was “coming out of the closet”:

“You don’t have to feel guilty about it”; Telenovela actor, Roberto Manrique confesses that he is gay

The actor confessed that even so he felt that he was cheating himself, and that he could not continue until he told that “Robertito” that really loving a person of the same sex did not have to be something that made him feel guilty: “I was cheating on myself There was a part of me that couldn’t finish flowing until I told that Robertito ‘you don’t have to feel guilty, I think that’s the basis of my message.’

Faced with this shocking message, Roberto Manrique after revealing that he was gay, confessed that society tended to judge people, causing them to feel guilty of who they really are: “We tend to live in a society that makes us feel guilty about everything, they tend to to make us feel that we were born badly, that we were born with reasons for which we have to repent ”.

“I have a boyfriend and I’m in love with him”

After the actor Roberto Manrique confessed that he was gay and that the basis of this message was mostly directed at Robertito from the past and for all the people who needed someone to tell them that they had nothing to feel guilty about, the gallant confessed that he had a wonderful partner, whom he loved and made him feel exceptional:

“I have a beautiful partner, I have a beautiful boyfriend, I have been in love with an incredible relationship for seven years, you cannot imagine how we have grown, how we have driven ourselves, he is a being who works in activism, he is an incredible man who has been with me, who he has been my support in the distance, that has moved up and down, that is dedicated to transforming the world ”.

His dad was worried about his happiness and tranquility

The actor and gallant Roberto Manrique, who participated in productions such as Wild Flower, Victorian, Translucent, Victoria, Black Widow, Among others, he confessed that after keeping that secret for many years, he commented that he was very concerned to tell his father, since he believed that “homosexual people were not happy.”

“When I told my dad that I am gay, the peak of the conversation with him was that the only reason why this news hurt him was because he believed that homosexuals are not happy, and I could see in his face that he was destroyed by the news, and that feeling came from love, because the only thing that mattered to him was my happiness.

Telling in his video that when his father was in poor health and in the last minutes of his life, he confessed that he was very happy, and that if he decided to go to a happier place they would have nothing to worry about, since he would be fine and at peace and that no one could harm him:

“You don’t have to worry dad. You can go easy, you can go happy. I am fully happy. I am a happy man, daddy, and you have all the freedom to go and have a wonderful journey with the universe, with the peace of mind that you have a happy son, “confessed actor Roberto Manrique when he publicly revealed that he was gay.

“I felt empathy from a very young age”

To end his video, actor Roberto Manrique confessed that from a very young age he began to feel empathy for the situations of other people, those people who were excluded from society due to different factors, arguing that he could also be in the same situation:

“You are a pride”, they say to Roberto Manrique

Before this video, in which the 42-year-old actor and model confessed that he was gay, he received endless comments about it, where his thousands of followers were proud of the words of the gallant; “I adore you my Rober”, “A hug and my applause for you”, “I have always said it, you are the best, today I confirm it again, I love you very much”. YOU CAN SEE THE VIDEO HERE