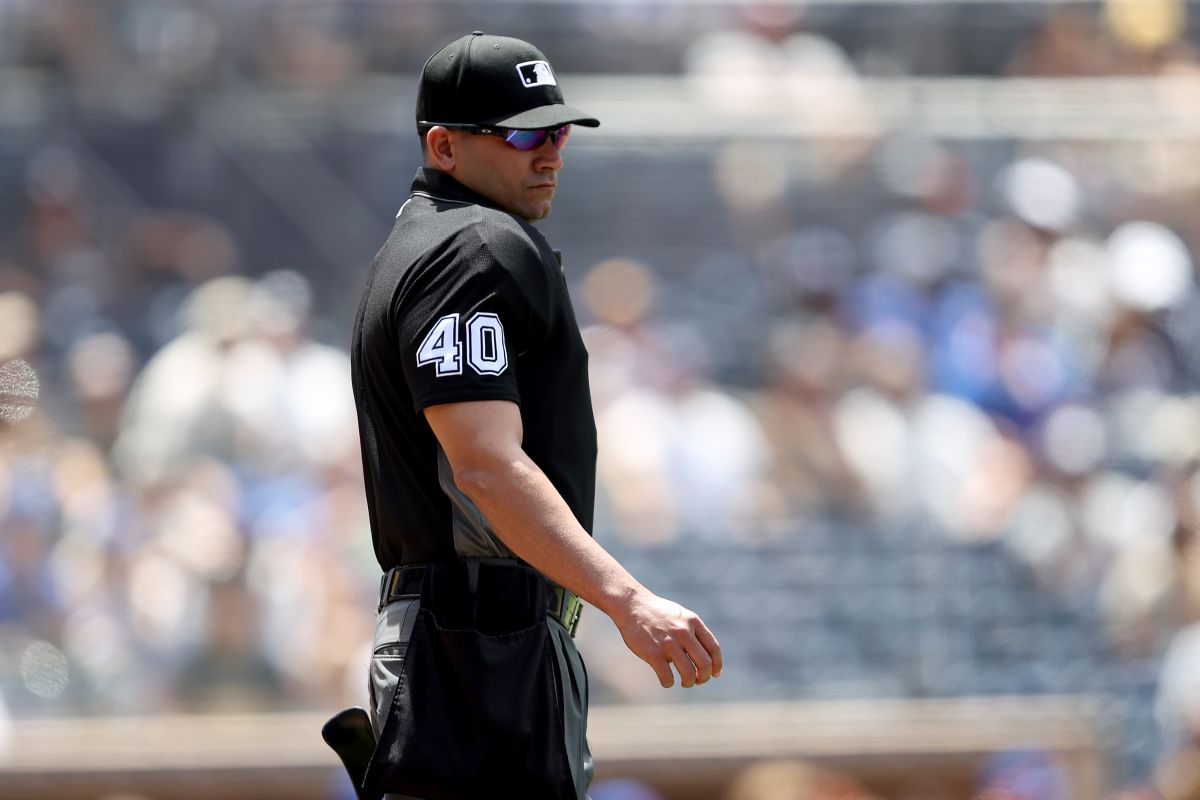 Major League Baseball (MLB) will make history in its 2022 season after announcing that it promoted five umpires, including, Roberto Ortiz who will become the first Puerto Rican to be full time in the best baseball in the world.

Along with Roberto Ortiz, Ryan Additon, Sean Barber, John Libka and Ben May, who have more than a decade of experience refereeing games in the Minor Leagues, were promoted.

Although the Puerto Rican is the second oldest among the new permanent MLB referees, he is also the third who has worked in fewer games. And it is that since he debuted in the minor categories of the ‘Big Show’ in 2009, He has worked in a total of 411 games.

Likewise, it should be noted that of that total number of matches in which he saw action as umpire, some have been in the Majors since since 2016 he has been called sporadically to the top flight of American baseball. During the 2021 campaign, the Puerto Rican worked at Triple-A East in 2021.

Profile of the umpires who promoted with Roberto Ortiz

Among the umpires who rose to the Major Leagues along with Roberto Ortiz, stands out Sean Barber, 36, who has been a minor league umpire since 2006. He has 690 major league games as an umpire called up since 2014 and worked the Triple-A East in 2021.

Ryan Additon, 36, has been a minor league referee since 2010. He has 381 major league games since he was called up in 2017, and he was behind the plate for Corey Kluber’s no-hitter last season, after the New York Yankees, in Texas. He worked at Triple-A East in 2021.

Iconic umpires who left baseball in 2021

It should be noted that the new referees, who also have worked Major League Baseball spring training since becoming called umpiresfill the gaps left by the retirements of veteran Major League umpires.

The list of umpires who retired after the end of the previous season has several prominent names and even They were in unique moments and feats that have been seen in the MLB. These are:

Kerwin Danley, who pursued a career as a first-team All-American at San Diego State University, where “KD” was a teammate of Hall of Famer Tony Gwynn, by becoming a major league umpire during 25 years and, in 2020, he became the first African-American crew chief in MLB history.

Gerry Davis, who retires with a combined 5,000 games worked between the regular season (4,849, fourth all-time) and his all-time record 151 postseason games. Gerry had a streak of 24 consecutive years with postseason duties during his 38-year major league career, the second longest in history.

Joe West, who retires with an all-time record 5,460 Major League games since his debut in September 1976. Joe broke Hall of Fame umpire Bill Klem’s long-time mark on May 25, 2021 at Chicago ( White Sox-Cardinals).

Also read:
– MLB requested help from a “federal mediator” to resolve the situation with the MLBPA
– Minor Leagues seek to align with the MLB and will have the longest schedule since 1964