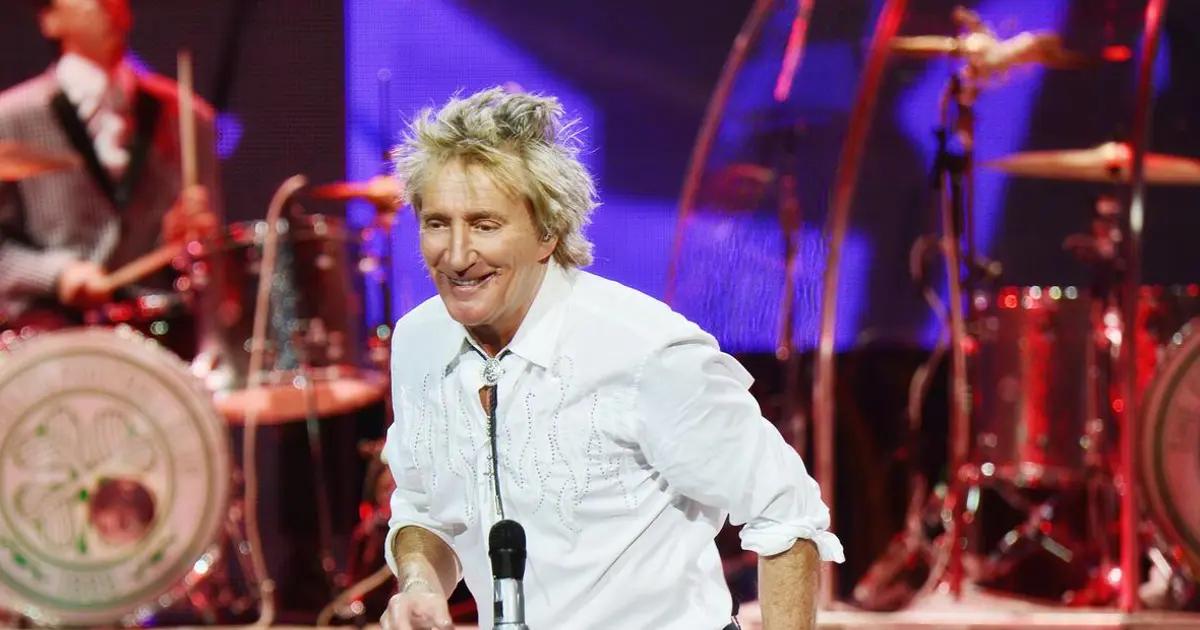 When legendary rock singer Rod Stewart takes the stage at the Coliseo de Puerto Rico on Friday, February 10, 2023, to give his show, he will see some very special people in the audience: part of his family, including his daughter Kimberly and his granddaughter Delilah, whose father is none other than Puerto Rican award-winning actor Benicio del Toro.

“She’s coming with us, but I have to get her father to pay for the plane ticket first,” exclaimed the English singer in a joking tone and launched into a big laugh when asked about his granddaughter. “I have a very good relationship with my daughter and granddaughter. They always come every year to visit us for Christmas in London, and now I will meet them in Florida for band rehearsals before we go to San Juan. Delilah has probably been to Puerto Rico with her father on several occasions,” said the legendary performer in a telephone interview with El Nuevo Día.

This is certainly not the first time that this famous artist had performed in Puerto Rico, as he did so in 1973 when he was part of the band Faces and then performed as a soloist at the Hiram Bithorn Stadium on June 1, 1988, and then at the Coliseo de Puerto Rico on August 30, 2008.

“It’s always special to perform on the island. Every culture is special because they are my friends. Every fan is a friend of mine,” explained the 78-year-old star from his home in London. “However, I don’t have many memories of my visits. I know I toured once with the Faces group in 1973, but otherwise, it all becomes a blur after a while.”

Stewart is one of the best-selling recording artists of all time, with more than 250 million albums and singles sold worldwide during a career that includes hits in a variety of popular music genres, from Rock, Folk, R&B, and even Jazz music.

Since the tour began last year, the Brit has incorporated songs from his repertoire into the show, which he varies depending on the market he is in. This will be the case of the “show” he will give on the island. “In the next few days, I’m going to study a little and make sure I know the songs that are most loved in this part of the world,” declared the singer, who has five decades of an artistic career. “However, the audience can expect a sexy and high-energy show. There is a 12-piece band, so there are six men, six beautiful women, and a lot of energy. They are all wonderful musicians and play banjo and guitar, sing and dance.”

With 31 albums, the process of selecting the songs to perform at the live shows is an extremely complicated one. “It is extremely difficult to select songs for the shows. I love all my songs, and I have many that are wonderful, others that were not very successful, but I wrote most of them and I consider them as if they were my children,” detailed the Briton, who in 2016 officially became ‘Sir Rod Stewart’ after being “knighted” at Buckingham Palace in a ceremony presided over by Prince William.

According to Stewart, one of the moments in his show that audiences love most is a block of songs set to acoustic music. “We do a tremendous acoustic set in the middle of this show where we all sit down and play a lot of songs that were big hits. It’s also a fan favorite that period of the show,” indicated this music legend who has been named to the Rock and Roll Hall of Fame twice. “In San Juan, we will play about 23 or 24 songs, so we will be on stage for about two hours. That’s why I’m telling the audience to get ready. I am going to throw 12 to 15 personally autographed soccer balls to the audience because I am an ex-football player. It’s going to be a wonderful night, and we’re going to have the best night ever.

If there’s one word that doesn’t exist in this artist’s vocabulary, it’s “retirement.” This was why Stewart stressed several times during the interview that he was not planning to stop working. “I’m not going to retire. I like spending time with my kids, pursuing my hobbies, and being in the house, the gardens, and those details. But no, I’m not one to retire. I really enjoy what I do,” mentioned the author of hundreds of songs.

After the tour, Stewart plans to change the pace a bit and focus on singing songs more geared toward jazz music. “I’d like in 2024 to do a little tour, play small venues with a big orchestra, and enjoy the jazz I’ve recorded over the years. Then, I’m going to take a break from singing “Hot Legs,” “Maggie May,” and “Da Ya Think I’m Sexy” every night, among others. There’s nothing wrong with that. I want to have a change,” added the father of six.

One thing the legendary singer does not lack, however, is a sense of humor and a positive outlook on life. That’s why he enjoys performing in front of his audience the most at this point in his career. “Being on stage is what I enjoy most these days because, as you know, I’m not so young anymore. But I have a lot of energy and love what I do. My career has been very generous with me and has lasted a long time, and I’m very proud of that,” added Stewart, who, when asked what he believed has been the key to his success, did not hesitate to describe himself. “I think I have a unique voice, which the good Lord gave me, and I like to think of myself as an artist. Plus, I still look fantastic,” concluded the Briton as he let out a resounding laugh.