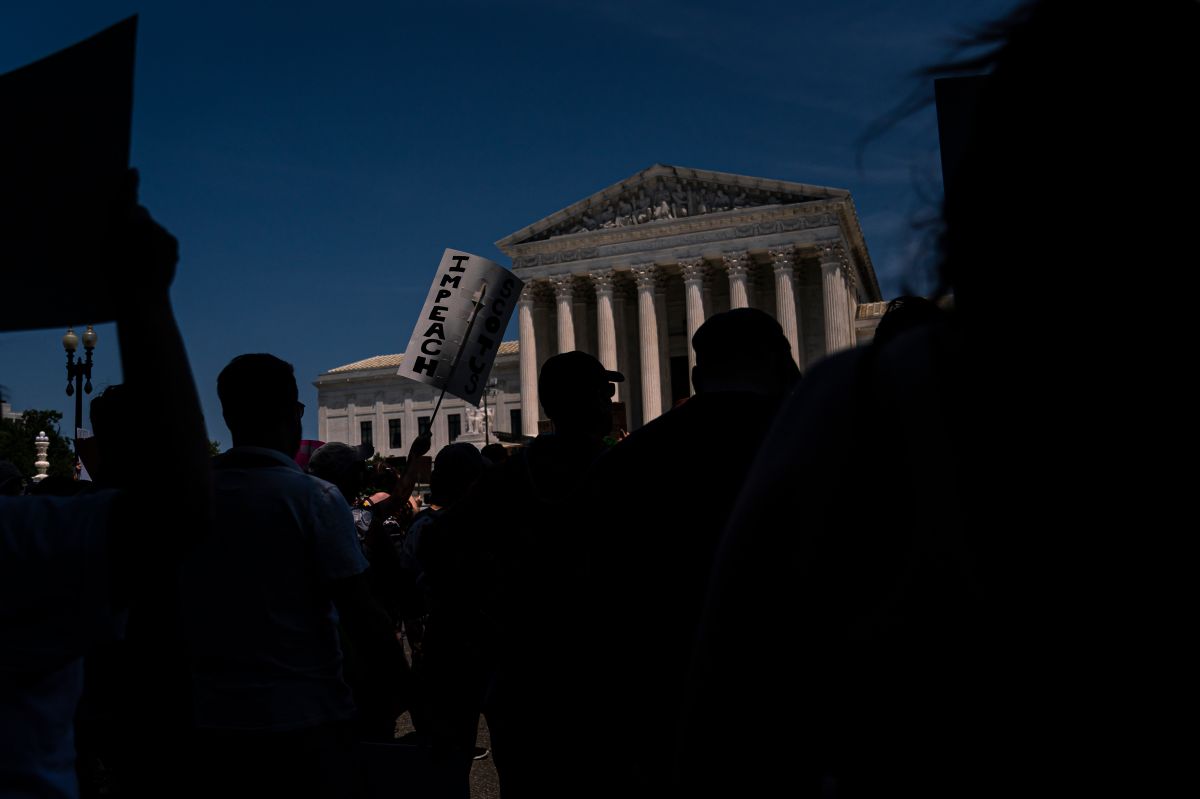 The Supreme Court’s decision to overturn Roe v. Wade has brought about a series of reactions of different types in the United States, from discontent in the population, reaction from companies to support his staff on the issue of expenses for abortions, until the rise in shares of Evofem Biosciences, manufacturer of Phexxi.

Business Insider reported that shares of Evofem Biosciences have soared in gain since Friday, when the Supreme Court announced its controversial decision.

And it is that Evofem is the manufacturer of Phexxi, a contraceptive gel that prevents pregnancy by altering the PH levels of users with 93% effectivenessaccording to FDA tests.

The medicine comes in gel form and is marketed as one of the few birth control methods available to women who are hesitant or unable to use hormonal methods.

“I think it’s crazy that women haven’t had an option like this before,” Saundra Pelletier, CEO of Evofem, said in 2021.

Investors are seeing the potential of Evofem Biosciences’ product, amid the suspension of women’s reproductive rights, as identify in Phexxi a response to the vacuum caused by the measure that makes abortion illegal.

A few days ago, Evofem Biosciences announced the results of a post hoc analysis of the AMPOWER phase 3 registration trial that investigates the ability of Phexxi (lactic acid, citric acid and potassium bitartrate) to prevent pregnancy.

In the analysis, he pointed out that Phexxi prevented 99% of pregnancies per sexual act. This was based on 101 pregnancies (n=1,182) out of 24,289 typically used intercourse in 1,182 women. The risk of pregnancy per sexual act of 0.415% was not statistically proven in AMPOWER and therefore is not found in the FDA-approved US Prescribing Information (USPI).

“Provide data showing how Phexxi works on demand for preventing pregnancy through intercourse helps women and their doctors better understand Phexxi and the value its innovation adds to the arsenal of choice“, commented the executive director of Evofem.

You may also like:
– CVS, Walmart and Rite Aid limit purchases of emergency contraceptive pills
– Companies speak out before the ruling of the US Supreme Court that annuls Roe vs. Wade
– CVS rations access to “Plan B” pill after Supreme Court decision on abortion